Don’t chuck that smartphone or PC that you think is past its prime. Donate it to a group that would place it in a pair of needy little hands

For well over 50 percent of the Class X students at this government-aided school, online classes are a recurring challenge. Lack of ready access to a digital device means they can’t take these lessons live, or have to rely on somebody’s generosity.

This government-aided school is not in some hinterland, but smack in the middle of most urbanised section of Chennai.

“Of the 50 students at Class X, 27 do not have access to a digital device,” says Ruby Puthotta, headmistress, Lady Sivaswami Ayyar Girls Higher Secondary School, a government-aided school in Mylapore. “Some borrow from their neighbours. Some access the lessons in the evening when their parents return from work and give the children their mobiles.”

Class XII students are lucky as a majority have received laptops a year ago by virtue of a policy by the Tamil Nadu Government.

Various State Governments have started to telecast lessons on television to help bridge the digital divide, but schools say with electricity and Internet connection being unreliable in many places, remote learning is a challenge. Some children will need more hand-holding.

“We are happy that telecast of lessons has begun on television but students appearing for Board examinations would need additional help and having any device would help teachers to do follow-up classes,” says Ruby. The school has an active alumni network that funds education of underprivileged students.

“We wanted to see how the televised lessons would go before approaching our alumni for help,” says Ruby.

The pandemic has disrupted regular classes for many children, especially the underprivileged that many individuals and non-governmental organisations have stepped in to help procure laptops, smartphones and other digital devices that can aid education.

Anjali G. Sharma initiated a campaign after finding out how an NGO struggled to engage students during the lockdown due to the lack of digital tools. Under the campaign, old smartphones are collected by Cashify personnel in any city, evaluated for its value and added to a pool. The collected amount is used to provide a refurbished phone from Cashify’s inventory.

Anjali says the drive has been planned in such a way that every child gets to use the same type of phone.

“Imagine a community of 15 children and one getting an iPhone and another a Galaxy. Children would start comparing, so we have standardised it,” says Anjali, who leads education initiatives at Charter for Compassion, North India.

As part of the pilot programme, they are looking at providing 12 girls studying in Delhi Government schools with a digital device.

The NGO is associated with 139 shelter homes, 24 schools and 20 community centres. Among specifications that Bhumi is looking for in the laptop include Windows 7 or a higher configuration; dual core or higher processor with a H/W of 1 GB RAM.

Thuvakkam is collecting digital devices for three government schools — two in Chennai and one in Vellore. “Two schools were sending images through WhatsApp and asking students to learn once they get access to their parent’s phone, so we thought of helping them first,” says Krishnakumar S., founder of Thuvakkam.

DYPC (Donate your PC), an initiative to help zilla parishad schools in Maharashatra, donates workable PC or laptops to schools and NGOs only. The website also has a request form for organisations to place a request.

Delhi-based Digital Empowerment Foundation has started to collect and encourage people to donate all kinds of old and used (functional) smart phones, laptops, tablets, desktop/computer, printers and projectors through its 700 centres across 25 states.

Says Anjali, “A majority of phones given away do not add much value because technology would have changed or the cost of upgrading them would be high. With tablets, you might not have a SIM, then how will these children access the device?”

* Charter for Compassion, Saajha and Cashify’s drive will pick up old smartphones from any city — Cashify.in/donate-for-education/saajha

* Bhumi is looking to fill a huge requirement for its partner schools in seven cities — bhumi.ngo/tech-donation/ Call 8754413255

* Digital Empowerment Foundation is looking for a whole host of workable digital devices to help run its centres in 25 states — digitaldaan.in

* Donate Your PC is an ongoing campaign to help school students — donateyourpc.in

You have reached your limit for free articles this month.

Find mobile-friendly version of articles from the day’s newspaper in one easy-to-read list.

Move smoothly between articles as our pages load instantly.

Enjoy reading as many articles as you wish without any limitations.

A one-stop-shop for seeing the latest updates, and managing your preferences.

A select list of articles that match your interests and tastes.

We brief you on the latest and most important developments, three times a day.

*Our Digital Subscription plans do not currently include the e-paper ,crossword, iPhone, iPad mobile applications and print. Our plans enhance your reading experience. 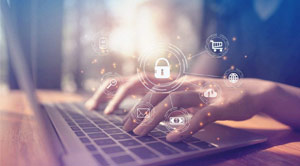