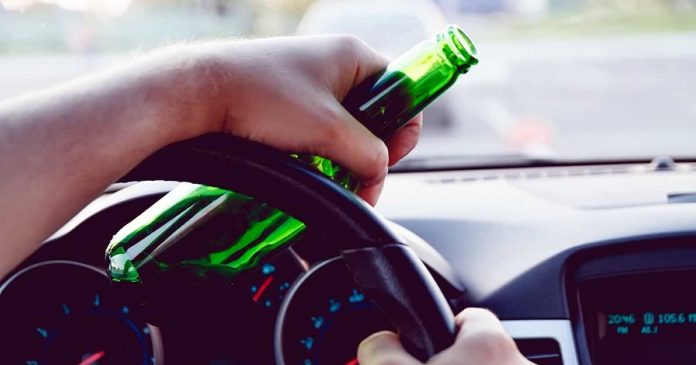 Drinking too much alcohol is not only bad for our health, but it is also dangerous for others if we drive after drinking. That’s why all the governments around the world have launched information campaigns to dissuade citizens, especially the youngest, from driving after drinking.

Different measures that indicate the same thing: it is enough to drink very little to exceed the legal limits and become dangerous. Yet millions of people around the world still drive after drinking too much.

Perhaps, the answer will come from a study by the University of Pittsburgh School of Medicine — a smartphone app tells you when you have crossed the line.

You’re drunk? Your smartphone tells you

An exciting application is the one on which the researchers led by Brian Suffoletto are working — to detect a person’s alcohol level, without carrying out any breath tests.

The American university’s research is the finding that those who drink too much control their muscles poorly, have slower reflexes, and often stagger. Even slightly, sometimes almost imperceptibly to the human eye. But not for an accelerometer, like the one present in all modern smartphones by now.

For the experiment, Suffoletto hired 22 volunteers between 21 and 43 years old and asked each to consume a drink consisting of water and vodka — an alcoholic level recorded by breath analysis of 0.2%, well above the legal limits to get behind the wheel (0.08% in the US). A smartphone with a special app was then attached to the lower back of the study participants.

For the next 7 hours, the volunteers were subjected every hour to the measurement of the BAC by breath analysis and to undergo some tests, such as walking in a straight line for ten steps, taking a turn on themselves, and walking ten steps to back to the starting point.

The result? In 90% of cases, the app in the smartphone was able to identify a subject with a BAC higher than 0.8%.

The next step of the study is to understand if this accuracy is achievable even if the smartphone is placed in different positions, such as in the pockets or if it is held in hand.

An application based on these types of studies could be very useful. It shows that in more than half of the cases, people fail to realize that they are unable to drive when under the influence of alcohol. In that case, sounding an alert on the mobile phone could prevent you from driving unless you are in a position to do so.

It would not even be necessary to add particular permissions, given that many other apps are using the accelerometer data in the smartphone, and it would be enough to add some inferential calculation algorithm to exploit the data in a positive way.

It will take a long time before this study can be transformed into a new feature for our smartphones. Still, one thing is now clear — different sensors present on our smartphones, and their increasing quality and sensitivity, can be used for purposes that are beneficial to society. Google, for example, has started a program that will lead in a few years to using smartphone sensors as seismographs. This too could save thousands of lives every year around the world.