Sometimes, when people are watching a bad movie, they decide that it’s better to just cut their losses and stop watching. However, sometimes people are minded to keep watching in the hope that the film’s shortcomings will all make sense by the time the credits roll. Sometimes, movies do get better.

That’s what Reddit users have recently been discussing, revealing the movies they gave chances to, only for them not to improve at all.

Here are some of the most disappointing examples…

It’s not at all surprising that M Night Shyamalan’s The Last Airbender made this list, given the fact the adaptation of the popular animated fantasy series routinely appears in lists of the worst movies ever made. Even Razzie-nominated star Dev Patel has very few nice things to say about it.

For one Reddit user, though, it clearly still hurts. They wrote that they “still become enraged” whenever they think about it. Many others who saw the movie almost certainly feel the same.

Highly-anticipated fantasy adaptations appear to be a common feature of this list, with people willing to stick the stories out in the hope they’ll eventually live up to their source material. In the case of Eragon, one Reddit commenter summed it up pretty nicely when they wrote that the movie was “the greatest cinematic disappointment of my childhood”.

Debut filmmaker Stefen Fangmeier was drenched in negative reviews when his adaptation of Christopher Paolini’s novel hit screens in 2006. Plans for a franchise were quickly tossed out of the window and Fangmeier hasn’t directed a movie since. Ouch.

Off the back of the acclaimed found footage superhero tale Chronicle, Josh Trank had considerable buzz behind him in Hollywood. That pretty much evaporated in the wake of his take on Fantastic Four, which he divorced himself from before it even hit cinemas. He has since compared the movie’s reshoot process to being “castrated”, which is certainly a strong perspective.

Read more: Directors who regretted making their own movies

The Reddit user who suggested the film in this particular thread described it as “a dumpster fire of epic proportions”. He said he stuck around in order to see what the movie did with the villain Doom, only to be disappointed on that front as well.

The most recent entry on the list, Kenneth Branagh’s take on Eoin Colfer’s child criminal disappointed a lot of fans of the original book series. Released directly on to Disney+ in the midst of the coronavirus lockdown, the movie perplexed a lot of audience members — with some questioning why Artemis had effectively been cast as a plucky hero rather than a criminal mastermind.

Read more: How Artemis Fowl differs from the book

Certainly, the Reddit user who suggested the movie had some strong — and very sweary — words for how wrongly they thought Artemis Fowl treated its source material.

Born of the notorious internet phenomenon, Slender Man was a horror movie that found itself at the centre of controversy. It was criticised by the family of a young girl, who was violently attacked by classmates obsessed with the Slender Man character. The movie’s release was very subdued and it faded in and out of cinemas with little fanfare.

In the Reddit thread, the movie was suggested and then unfavourably compared with the Marble Hornets web series that is credited with the skyrocketing popularity of Slender Man online. This version of Slender Man is a horror tale with very few fans.

This made-for-TV sequel to the Tina Fey-written teen classic was released in 2011 and immediately entered the canon of misguided follow-ups to beloved movies. Tim Meadows as the school principal was the only original cast member to return, which perhaps should’ve told curious parties everything they need to know about the quality of the material.

In this Reddit thread, the film was — probably fairly — compared to a “Walmart version” of the original 2004 movie. Lindsay Lohan continues to hint at a true Mean Girls sequel, so maybe fans will get their wish soon.

Another beloved YA series was adapted for the big screen with the Divergent franchise, which is notable for the fact it didn’t even make it to the end of the book trilogy — ending the final instalment halfway through with Allegiant. The planned fourth movie, Ascendant, was canned and a possible TV series adaptation also fell by the wayside when the cast weren’t keen.

It’s not surprising, though, that Allegiant sparked the premature end of the franchise. One Reddit user said: “I could’ve watched paint dry for two hours and it would’ve been a more productive use of my time than watching that film.”

Even the most ardent fan of the Michael Bay Transformers franchise would have to concede that, by the time 2017 sequel The Last Knight came around, things had gone off the rails. According to the Reddit commenter who suggested it, the film is “painfully long” and “put a huge emphasis on everything except” the actual Transformers.

Read more: Two new Transformers movies are on the way

Perhaps sensibly, it seems the Transformers franchise is now spinning off into something more like a shared universe than a series of direct sequels. Bumblebee was a very positive start, but all eyes are now on what comes next.

Alexander Payne is an acclaimed and beloved filmmaker, so a new project from him will always draw excitement and expectation. The high-concept idea of his 2017 movie Downsizing — a society of humans who shrink themselves to improve their financial prospects and eco credentials — sparked intrigue, but the eventual film fell flat with critics and at the box office.

The Reddit user who picked the film for this list expressed the overriding sentiment, praising the concept but dubbing the movie “very slow and boring”.

Robert Downey Jr’s first major role after saying goodbye to Tony Stark brought about a critical feeding frenzy as negative reviews poured in. Britney Spears is a fan, but that’s about it. The Welsh accent baffled people, the expensive visual effects fell flat and the ending annoyed this Reddit user so much that it took away their last iota of faith.

The film marked quite the fall for Downey Jr. and, although morbid curiosity got a lot of people through to the end of the running time, it wasn’t enough to paper over the cracks of the storytelling.

New lockdown in the North of England

Fri Jul 31 , 2020
Shoppers wear face masks in Blackburn town centre – Christopher Furlong/Getty Images Europe Partial lockdown reimposed across north of England Boris Johnson last night ordered swathes of the north of England back into partial lockdown as he warned of a “damaging second wave” hitting the UK. Hundreds of thousands of people in […] 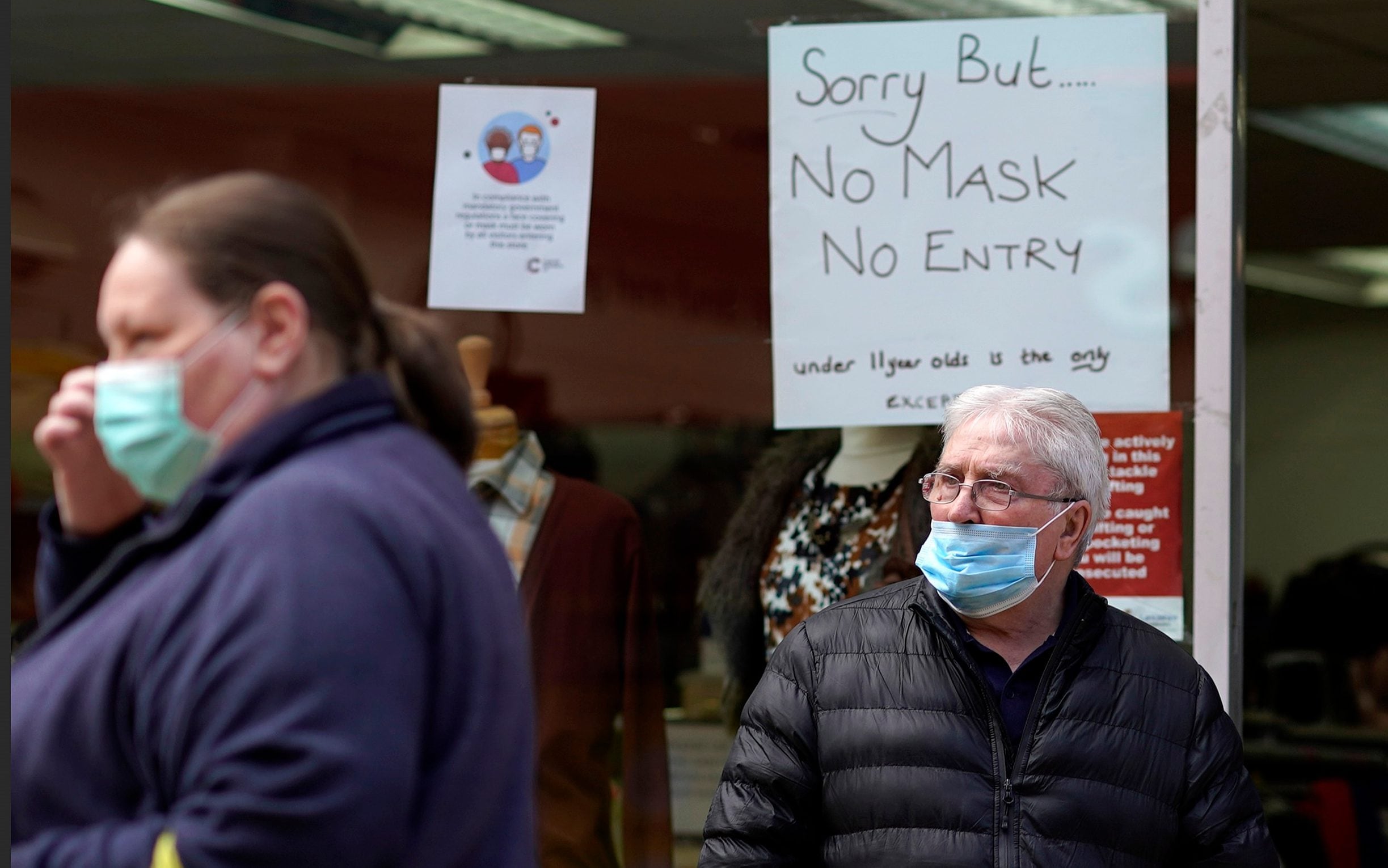