If a fan convention is held on the internet and no one’s there to talk about it, does it make any noise?

That was the overwhelming experience with [email protected], the virtual fan convention that ran from July 22-26. It was meant to replace San Diego Comic-Con, the massive annual fan gathering that was forced to cancel due to the COVID-19 pandemic. Despite A-list panels for “The Walking Dead,” the Star Trek Universe, and two Keanu Reeves movies, [email protected] cast a pale shadow in comparison to Comic-Con of recent years — perhaps the starkest example yet of what we lose when we lose the live experience.

According to data from social media analytics firm ListenFirst, tweets that mentioned [email protected] were down 95% from 2019’s live convention — just 93,681 tweets against 1,719,000 tweets in 2019. Tweets about the top 10 TV events were similarly down 93%, and tweets about the top 5 movie panels were down a shocking 99%.

Views on YouTube, which hosted the vast majority of Comic-Con’s panels, were scarcely better. Average views for Thursday, which have had the longest period for people to watch them, are hovering around 15,000 per panel. On the one hand, that’s over double the capacity for Comic-Con’s biggest live venue, the famed Hall H. On the other hand, 😬.

By far the best performing panel for [email protected] was for “The New Mutants,” 20th Century Studios’ long-suffering Marvel Comics adaptation which has had its released date pushed four times since April 2018. To date, the film’s panel has logged just over 208,000 views on YouTube since July 23, thanks largely to the decision to debut a first look at the opening scene for the film within the panel itself.

Still, success here is relative: The 50-second ad promoting the [email protected] panel for “The New Mutants” has logged over 303,000 views in 11 days.

The panel for AMC’s “The Walking Dead,” which included the announcement that Season 11 will be delayed due to the pandemic, was the strongest performer for TV, logging over 84,000 views on YouTube and generating nearly 11,900 tweets. Panels for spin-off shows “Fear the Walking Dead” and “The Walking Dead: World Beyond” didn’t fair quite as well, earning just over 66,000 views and 21,000 views respectively.

The lack of panels for Marvel Studios, Lucasfilm, and DC Films — events which have become virtually synonymous with Comic-Con — certainly didn’t help boost overall interest in [email protected] But there were also several strange missed opportunities to generate the kind of promotional buzz that built Comic-Con into an essential pop-culture event. The only major Marvel panel at [email protected], for the Disney Plus docuseries “Marvel’s 616” on the history of the company, included two clips from the show — that had already been released to YouTube the day before. Similarly, the new release date for “Bill & Ted Face the Music” — which will now open on premium video on demand and in select theaters on Sept. 1 — was announced two days before its splashy panel on Saturday.

And the massive Star Trek Universe panel spent 20 minutes on a live reading of the teaser and first act of the Season 2 finale for “Star Trek: Discovery,” but found no time to announce genuine news, that the show’s third season will premiere on Oct. 15. Instead, that was done on Monday via press release.

[email protected] didn’t even generate the buzziest fan event of the weekend. On Saturday, director Zack Snyder appeared on the independent fan convention JusticeCon to debut a short clip from his upcoming “Snyder Cut” of “Justice League” that revealed Superman’s black suit. Notably, the panel — which logged over 260,000 views in less than 48 hours — was live, allowing Snyder to spend nearly an hour interacting with the very fans who brought about the Snyder Cut in the first place.

In fairness, with just a few months to prepare, the fact that [email protected] happened at all is a remarkable feat, and its organizers certainly tried to bring some measure of the Comic-Con experience to fans’ computer screens. One of the core events of the convention, the annual Masquerade Ball — where hardcore cosplayers can showcase their lavishly creative costumes — moved to its natural online habitat, Tumblr. And organizers created an interactive map of the vast convention floor with links to exhibitors who’ve used the convention for decades as a vital revenue stream.

But a cold list of links is a hollow surrogate for the sensory overload of the Comic-Con floor, with thousands of convention-goers streaming past everything from elaborate displays of Superman and Batman costumes to unassuming kiosks for independent comic publishers. And if you can’t wander around the San Diego Convention Center counting the number of Princess Leias, Black Panthers, and Wonder Women you see in a day, is it even really Comic-Con?

Over the past five months (has it really been just five months?), the entertainment industry has struggled with how to replicate live events within the virtual space. But if [email protected] achieved anything, it was revealing the abiding truth that there is no substitute for the live experience.

Mon Jul 27 , 2020
Getty Images Rishi Sunak is considering plans for a new tax on goods sold online as the government looks for ways to raise income and protect the high street amid the Covid-19 pandemic. A call for evidence on the issue announced last week acknowledged that many retailers are opposed to […] 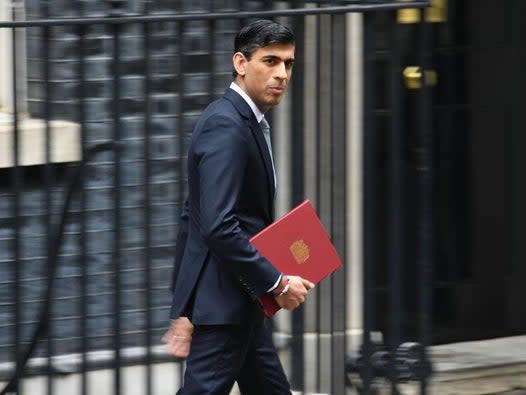