Florida reported another alarming number of new coronavirus cases Monday as President Donald Trump displayed his frustration with the CDC and the World Health Organization’s director warned that the global pandemic is worsening.

“We need to reach a sustainable situation where we have adequate control of this virus without shutting down our lives entirely,” Tedros Adhanom Ghebreyesus said Monday, adding that “lurching from lockdown to lockdown … has a hugely detrimental impact on societies.”

Florida reported more than 12,000 new cases Monday, one day after its 15,000 new cases smashed the daily record for any state since the pandemic began. Florida’s infection total now stands at 282,435 – more than all but eight countries.

📰 What we’re reading: Public health experts fear a scenario where “me first” vaccine nationalism pits nation against nation to get and keep enough doses for their citizens. Countries, as of now, are focusing on their own vaccine development programs rather than collaborating to pool resources.

President Donald Trump retweeted a post claiming the Centers for Disease Control and Prevention and others are telling “outrageous lies” about the pandemic. The original tweet, from conservative podcast host Chuck Woolery, claims the lies are politically motivated and designed to keep the economy from reviving.

“The most outrageous lies are the ones about Covid 19. Everyone is lying,” Woolery, a former game show host, wrote. “The CDC, Media, Democrats, our Doctors, not all but most, that we are told to trust. I think it’s all about the election and keeping the economy from coming back, which is about the election. I’m sick of it.”

WHO leader: Global pandemic is getting worse, not better

The COVID-19 pandemic is worsening globally and a return to the “old normal” remains in the distant future, the head of the World Health Organization warned Monday. Tedros Adhanom Ghebreyesus said that while some countries, especially in Europe and Asia, have brought outbreaks under control, too many others are seeing numbers rocket higher. Still, he said the tide can be turned. Governments, he said, must emphasize reducing mortality and suppressing transmission. And an “engaged community” must act responsibly for each other through wearing masks, practicing social distancing and other measures.

“It can be done. It must be done. I have said it before and I will keep saying it,” Tedros said. “We need strong government leadership and coordination of comprehensive strategies that are communicated clearly and consistently.”

One day after setting a record for most new confirmed COVID-19 cases reported in a single day for any state, Florida’s figures ticked down, but still represented the second-highest single-day total seen since the start of the pandemic. The state’s Department of Health reported 12,343 new cases Monday, down about 20% from the previous day’s total of 15,283. Before the weekend began, New York State had held the previous mark for most single-day new confirmed COVID-19 cases with 12,274, reached on April 4.

Florida’s surge in cases over the past several weeks, has forced the state to slow some of its reopening measures. The spike, however, comes as Disney World reopened on Saturday and as the Republican National Convention is scheduled to take place in August in Jacksonville. Gov. Ron DeSantis has also ordered schools to reopen in August, when classes are set to resume.

Adjusted for population, some smaller states are recording significant tallies of the coronavirus. Last weekend, Louisiana passed New Jersey’s worst week – a level 22% worse than Louisiana recorded when New Orleans’ Mardi Gras celebrations lay the groundwork for the state’s April surge. On a per-person basis, South Carolina’s outbreak is now as bad as Texas’, and both are closing in on Massachusetts’ record worst week.

Alaska, which has been able to avoid the brunt of the pandemic, was stung by its first triple-digit total of new cases Sunday – 116. While that pales in comparison to Florida, it shows that the wilderness state is not immune to the outbreak. The state Department of Health and Social Services said the new cases break a previous record set the day before, when the state reported 77 cases. Alaska has reported 1,774 cases, including 17 deaths.

“I hope Alaskans will join me in practicing social distancing, wearing a mask when you can’t keep your distance from others, and staying home if you are sick,” Gov. Mike Dunleavy tweeted.  The actions you take today may save someone’s life.”

The German health minister urged Germans not to organize local Oktoberfest parties that could bring a second wave of the pandemic to the country. The national celebration has been canceled because of coronavirus concerns. Health Minister Jens Spahn also said he was troubled by viral videos showing large groups of German tourists on the Spanish island of Mallorca apparently ignoring social distancing guidelines. Germany has drawn rave international reviews for its efforts to harness the outbreak, which has infected more than 200,000 Germans and killed more than 9,000.

“I understand the impatience, but where there are parties the infection risk is particularly high,” he said. “We don’t automatically have to see a second wave in the fall and winter. Together, as a society, we can prevent that.”

As officials play political football with K-12 school re-openings, families across the nation are busy making their own calculations about whether to send children back to school. Most are taking a measured and hyper-local approach to what is ultimately a very personal decision, consulting with friends, neighbors and local educators. That’s despite the issue becoming increasingly political as President Donald Trump and state officials weighed in last week, often in conflict with published health guidance.

“There are no ideal solutions here,” says Kao-Ping Chua, assistant professor of pediatrics at the University of Michigan. “Unfortunately, beyond conflicting information that’s getting politicized, states are seeing surging cases, which is not an environment you want to open schools in.”

Evidence is emerging that people can become infected a second time, a scenario that could be the death knell to any faint hopes of “herd immunity.” D. Clay Ackerly, a primary care physician practicing in Washington, DC., writes for vox.com about a 50-year-old patient who earlier this month tested positive for SARS-CoV-2, the virus that causes COVID-19, three months after a previous infection. His first infection prompted mild symptoms; the second “was marked by a high fever, shortness of breath and hypoxia, resulting in multiple trips to the hospital,” Ackerly said. He also cites other examples of second infections.

Initial data released Sunday by the New York City Department of Health and Mental Hygiene reported that no one died from the virus in the city on July 11, exactly four months after the state’s first official death was recorded on March 11. Officials also recorded no confirmed deaths the day before as well but did report two probable deaths.

The welcoming news comes after a harrowing four-month stretch in the nation’s most populated city. The peak in confirmed daily deaths was April 7, at 597, although another 216 people were likely to have died from the virus that day despite no positive laboratory tests. All told, New York City has reported 18,670 deaths from COVID-19 and 4,613 probable fatalities.

The Oklahoma State Department of Health reported Oklahoma’s first COVID-19-related death in the 5-17 age category. The patient was identified as a 13-year-old who died at Comanche County Memorial Hospital on Friday night, reported local news station KSWO-TV. Oklahoma military base Fort Sill said the teen was a dependent of an active duty service member at the post, where family members are in isolation.

The state department reported 456 new coronavirus cases across the state Sunday, bringing the total cumulative number of the state’s positive cases to 20,235.

Mexican officials say the total number of confirmed COVID-19 deaths has passed 35,000, moving it past Italy with the fourth-most deaths of any country in the world. Only the United States, Brazil and Britain have recorded more deaths, according to the Johns Hopkins University data dashboard. Mexican President Andrés Manuel López Obrador said the recent news “is positive, it is good” because only nine of the country’s 32 provinces had increases in cases of infection.

“The bottom line is that the pandemic is on the downside, that it is losing intensity,” he said.

Meanwhile, Italy, which was one of the first hot spots of the virus in Europe, has seen hospitals declare themselves coronavirus-free. The country’s deaths Saturday fell to seven and confirmed daily cases dropped to below 200, according to health officials.

Veronique Monguillot said she told the French interior minister, Gerald Darmanin, that she was “destroyed” by the fatal assault on her husband at a bus stop in Bayonne, southwest France. “We must bang a fist on the table, so this never happens again,” she said. “It’s barbaric, not normal. We must stop this massacre.”

Bus driver Philippe Monguillot was attacked July 5 after asking four passengers to wear face masks, which are required on French public transport. Monguillot was then verbally assaulted, pushed off the bus and violently beaten and kicked in the head. His death was announced July 10 after he had been hospitalized in critical condition. Four men have been arrested and charged in connection with the fatal assault.

America’s testing system is once again strained and labs are struggling to keep pace as the coronavirus rages faster than ever in the South and West.

The number of daily tests reached an all-time high of more than 719,000 on July 3 and averaged nearly 640,000 each day this past week, according to data from the COVID Tracking Project.

Because of this increase, large and small labs running 24/7 can’t process samples quickly enough from millions of Americans tested every week.

Testing centers in Sunbelt cities such as Tallahassee, Florida and Phoenix routinely attract long lines and at times must turn away people. Other than hospital patients, whom labs are prioritizing, delays are widespread in the South and West at drive-thru and walk-up testing centers, urgent care, doctor’s offices and government-supported testing sites.

More on the coronavirus from USA TODAY

Where a face mask is required: Many governors are instituting or renewing orders requiring people to wear face coverings in public as cases continue to rise. Is your state on the list? See it here.

Coronavirus Watch: We have a few ways for you to stay informed. Sign up for our daily coronavirus newsletter here, and come together and share the latest information about the coronavirus, coping with lifestyle changes and more by joining our Facebook group.

Where are states on reopening? Some are taking preemptive measures to postpone further phases of their reopening, while others have rolled back their phases to prevent the spread of the coronavirus. See the list.

Mon Jul 13 , 2020
(Bloomberg) — Type a query into the Google search bar on a smartphone and there’s a good chance the results will be dominated by advertising. That stems from a decision in 2015 to test a fourth ad, rather than three, at the top of search results. Some employees opposed the move at the time, saying […] 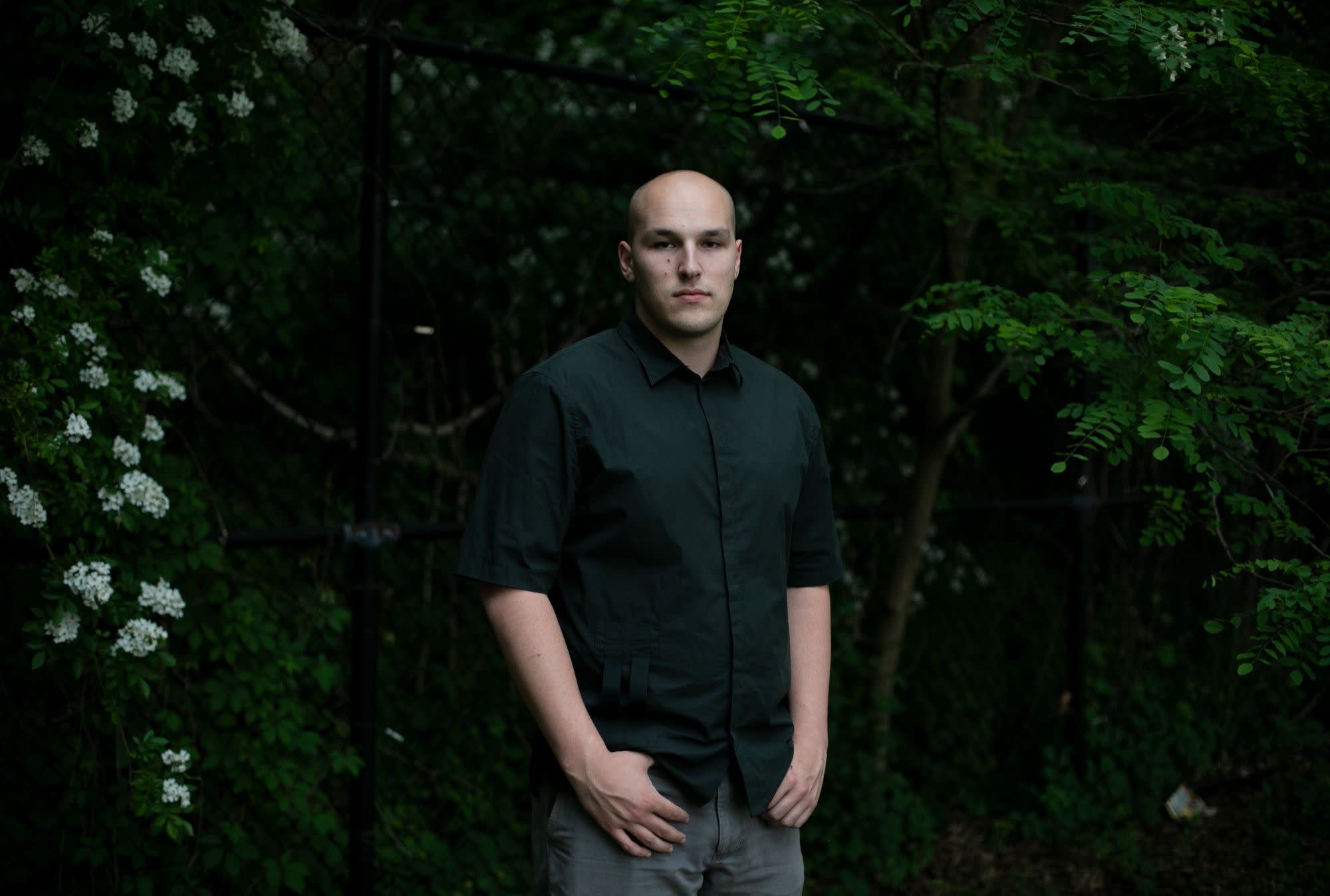