In the bull market that started in late March, the technology sector initially led the way, with companies such as Amazon.com climbing faster than the rest of the market. Technology Select Sector SPDR (XLK), an exchange-traded fund that tracks an index of technology stocks, surged 73% from March 20 through Aug. 31, while the S&P 500 index advanced 52% over the same period, according to Dow Jones Market Data. Because tech is such a significant part of the S&P index—accounting for one-fifth to one-fourth of the weighting—that means many of the other stocks in the index performed far worse than the index itself.

Of course, nothing stays in the lead forever, and one sector rarely sustains a rallying market. Veteran investor Ralph Acampora is famous for saying “rotation is the lifeblood of bull markets.”

Already there has been some rotation, according to JC Parets, president and founder of technical-analysis company Allstarcharts.com. Technical analysts try to forecast future price movements by looking at patterns in stock-price charts.

For much of August, the Dow Jones Transportation Average outperformed the tech sector and the S&P 500 as investors rotated into transport stocks. That said, by month’s end investors seem to have resumed their love affair with tech stocks. The transportation average rose 12% in August, the same as the 12% gain for the Technology Select Sector ETF and a 7% increase for the S&P 500. Then, techs faltered as September began.

So which sector is poised to lead the market higher next? As usual with the stock market, the answer depends on whom you ask.

“As the global recovery gradually takes hold, the next leg up in the market may be driven by cheaper sectors that have trailed behind in the rebound, such as cyclical and value stocks,” a recent research report from the bank said. “As a result, we like U.S. midcap stocks, which look poised to regain lost ground as the economic recovery gains traction and broadens out.”

Midcaps are often defined as stocks with a market value between $2 billion and $10 billion. From the start of the bull market on March 20 through August, iShares Russell Mid-Cap ETF (IWR), which tracks the Russell Midcap Index, has returned 54%, lagging behind tech stocks but performing a little better than the S&P 500.

But if history is any indication, midcap stocks could start to take the lead if the economy improves.

In the two decades through December 2019, the Russell Midcap Index’s total annualized return of 9.1% topped that of both the S&P 500 and the Russell 2000 small-cap index, according to data from UBS.

First, the economic situation is currently better outside the U.S. than inside, he says. While the American economy has rebounded somewhat since the crash in the second quarter, other countries have gone beyond rebound and into a real recovery, he says.

Second, foreign stocks tend to be cheaper than U.S. stocks currently. “International equities might not be cheap, but they are cheaper on a relative basis,” he says. “We are moving from something expensive to not quite as expensive.”

For example, the price of stocks as a multiple of what investors expect them to earn in the next year (the forward price/earnings ratio) is higher in the U.S. than in the other regions. The forward P/E for the MSCI index in the U.S. is 22.7, versus 18 for Japan and 17.7 for Europe, according to a report from Yardeni Research.

The third factor that favors non-U.S. stocks is a weakening U.S. dollar, says Mr. Ablin. If the dollar is going down, owning stocks that are priced in currencies that are rising in value is a better bet for investors.

There is, however, a wrinkle that investors should understand when buying non-U.S. stocks, according to Mr. Ablin. Rather than investing in funds that simply track local country indexes, he advises adjusting non-U.S. holdings to give a greater weighting to tech companies. A little more than half of the underperformance of non-U.S. markets relative to U.S. markets over the past 10 years is due to foreign markets having less exposure to tech companies, according to an informal study conducted by Cresset.

As such, investors buying outside the U.S. might want to seek out tech stocks rather than just buy country or regional index funds. A few to consider, according to Mr. Ablin: LM Ericsson, Taiwan Semiconductor Manufacturing Co., Tencent Holdings Ltd., SAP and Alibaba Group Holding Ltd.

This year features a presidential race in the U.S., and there is some useful historical data back to 1992 on which sectors tend to do well in the three months before an election.

Based on the past, there is one sector that investors should consider avoiding over this period. In the three months before voting day, consumer-staples stocks, such as toothpaste manufacturers, have lagged behind the S&P 500 in five of the past seven presidential elections, according to an analysis by Mr. Stovall. The two times the sector did better than the S&P 500 were in 2000 and 2008, respectively, the years of the dot-com bust and the financial crisis that took hold in September 2008.

Mr. Constable is a writer in Edinburgh, Scotland. He can be reached at [email protected]

* Thank you for subscribing to our newsletter.

Sun Oct 4 , 2020
The Lafayette Parish School System is offering free in-home internet assistance for residents who qualify for the program. This service provides academic-filtered internet access for LPSS students only (limited/restrictive access to certain websites) and will be provided through either Cox Communications or LUS Fiber. Parents/guardians in need of assistance for […] 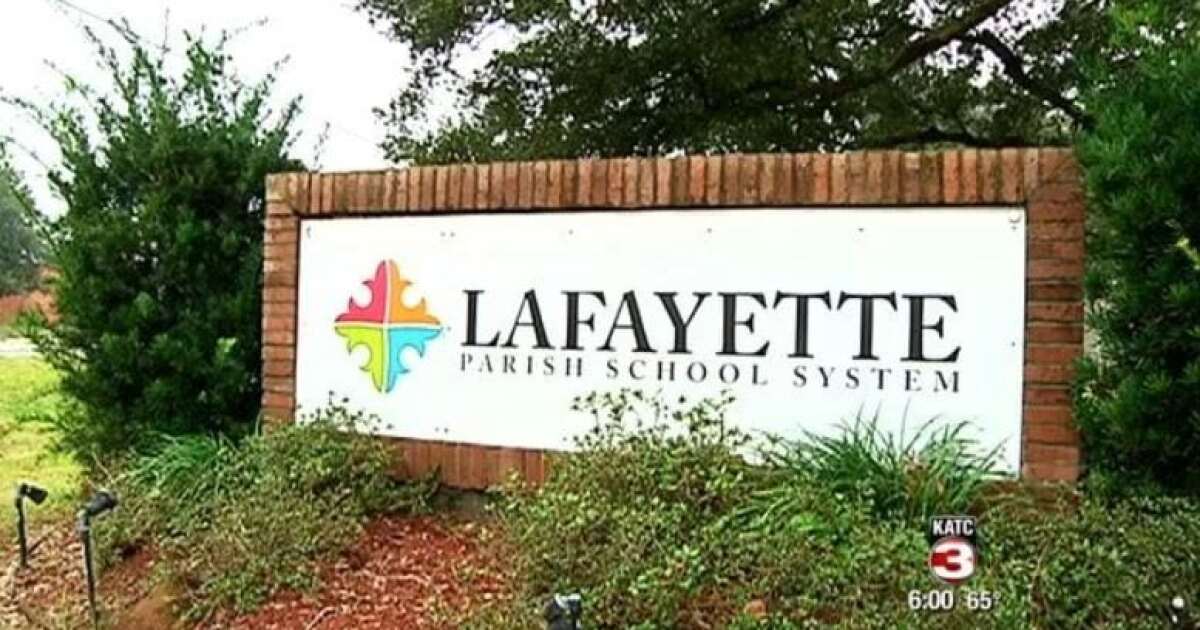 60 Business And Finance Phrases You Want To Know