The National Gallery in London opened on Wednesday 8 July for the first time in over 100 days.

Since 4 July easing of lockdown restrictions has allowed art galleries, museums and cinemas (as well as restaurants and pubs) to welcome the public for the first time in nearly four months.

Like much of the creative industry, cultural institutions have been impacted by the pandemic, so for many venues the move will be a welcome chance to get customers back through the door.

However, successful opening depends entirely on these spaces implementing a series of safety measures to ensure the coronavirus pandemic is brought under control.

If you are planning to see a movie or roam the corridors of an art gallery this weekend, these are the new rules you will need to adhere to.

What do the government rules say?

Unlike guidance for other venues, which is available directly on the government website, the guidance for cinemas has been compiled by trade body the UK Cinema Association in consultation with the Department for Culture Media and Sport (DCMS).

All cinemas will be required to keep a record of customers for 21 days and promote online booking, the use of e-tickets and self-scanning points for customers. Managers will have to limit the number of people in the venue by reducing audience sizes, amending timetables, including reducing the number of screenings.

Seating in the auditorium itself has to be pre-allocated to facilitate social distancing between household groups: seats have to allow at least one metre distance (if not two metres). Like other places, there should be a one-way flow where possible and use of different doors – the guidance says using emergency exits as potential exits is a possibility.

There will also have to be a “sufficient break” between screenings to prevent waiting in groups and allow cleaning. Cleaning of auditoriums has to happen “very frequently”, typically between each screening, with particular attention paid to screen doors and handrails. Seats should be cleaned between each screening. And areas should be ventilated, with fresh air if possible.

Cinemas have to remove all open, unpackaged, self-service confectionery such as pick ‘n’ mix, (popcorn is probably protected as it is served by employees not guests) and should manage the serving of alcohol, including controls on purchase or consumption, at levels that might impair social distancing. They should also be “mindful of” programming film content which is likely to “encourage audience behaviours increasing transmission risk”, says the guidance – this most likely means things like musicals that encourage singing, although this is not explicit.

How safe are cinemas?

Professor Prashant Kumar, chair in air quality and health at University of Surrey, with an expertise in airborne nanoparticles, says: “This virus is not gone and is still around and [that] is the underlying reason for risk of all built environments indoors when there is high density of people.” Although Professor Kumar warns against categorising all places with a prescribed level of risk (as it can vary on individual factors), in general he says the golden rule is “higher the people, poorer the ventilator, higher the risk of infection”.

“Some places are better in terms of their built structure allowing an advantage over others – if there is a pub, restaurant, prayer venues with open space have better chances of reducing the risk over others such as cinemas where the movies need to be played in a hall,” he says.

Dr Robert Dingwall, professor of sociology at Nottingham Trent University and on the Department of Health’s Nervtag (New and Emerging Respiratory Virus Threats Group) says cinemas are “probably a little riskier than some other environments” because of the duration of a film. “You are sitting there at least a couple of hours,” he says, although says that ventilation in most modern cinemas is good enough to reduce a lot of risk.

Dr Simon Clarke, professor in microbiology at University of Reading, also raises the issue of cinemas being dark spaces that never see sunlight – UV exposure is a known factor in the reduction of viruses.

What can you do to keep yourself safe?

What do the government rules say?

The DCMS has guidance, published in association with Historic England and National Museum Director’s Council, includes asking all visitors to get timed tickets and pre-book and to reduce the number of people entering an exhibition or site at one time. There will need to be clearly communicated one-way routes and spaced queueing systems in place.

Access to audio guides may need to be reviewed, with museums considering new formats for the content, such as apps that can be accessed on visitor’s mobile phone or other device. Otherwise the government suggests quarantine periods for publicly-shared handsets.

Shops and cafes will need to reopen in line with guidance for food businesses – which includes customers having table service, using contactless payment and not getting their own cutlery or condiments from a communal table.

How safe are art galleries and museums?

Dr Clarke says: “The thing with galleries and museums is that generally people are moving through them – and with virus spread there is a time element [the risk is significantly higher if you’re within two metres of an infected person for more than 15 minutes]. So as long as you’re not hanging around when you’re in a gallery and you keep moving, you have a low risk.

“Of course some people do linger and that will be a problem for the organisation. But it is a social space like any other where crowd density matters.”

What can you do to keep yourself safe?

Read more about what the easing of lockdown restrictions means here.

Where you can still buy inflatable pools online

Wed Jul 8 , 2020
There are still a few inflatable pools in stock online. — Recommendations are independently chosen by Reviewed’s editors. Purchases you make through our links may earn us a commission. This summer is looking a bit different due to the novel coronavirus (COVID-19). Depending on where you live, community pools and […] 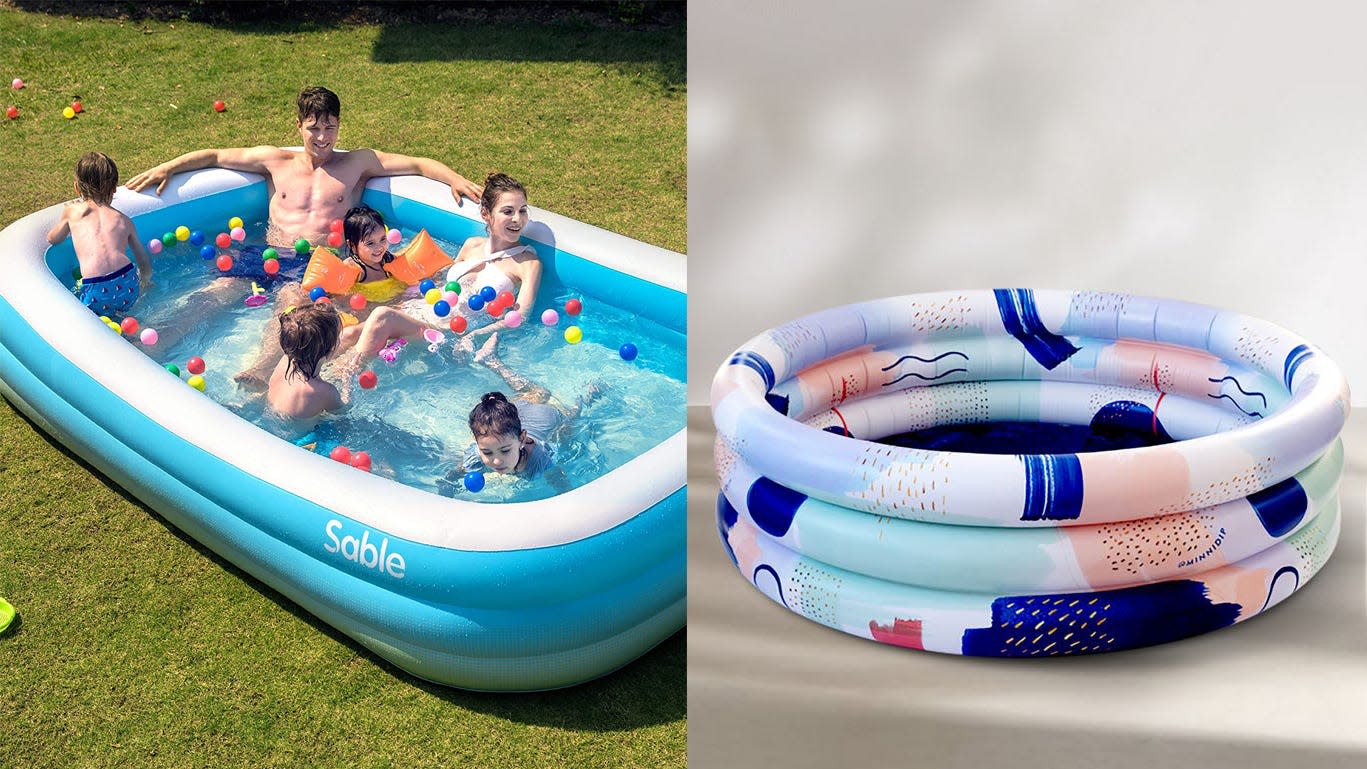