NEW YORK (Reuters) – Options investors are ramping up bets on some of this year’s biggest winners, including Amazon.com Inc, Netflix Inc and Tesla Inc, even as they turn cautious on the wider market amid a resurgent U.S. coronavirus outbreak.

Investors are betting that tech-related stocks will remain comparatively resilient to the coronavirus-fueled economic disruptions that have battered sectors such as retail and travel, despite growing concerns about stretched valuations following steep rallies.

Analysts also see another factor driving the momentum stocks: fear of missing out, or FOMO.

The rocket-like rise of such stocks has driven year-to-date gains for the S&P 500 technology, consumer discretionary and communication services sectors, though the broader S&P 500 benchmark index remains negative for the year. Amazon is a component of the consumer discretionary index, and Netflix is a component of the communication services index.

“The flight to safety is in tech,” said Amy Wu Silverman, equity derivatives strategist at RBC Capital Markets. “These tend to be the names that are insulated from the fact that everyone is quarantined.”

Fears of further economic fallout from the coronavirus mounted on Monday as California reinstituted restrictions on businesses and the state’s two largest public school districts announced instruction would be online-only when school resumes. The tech-heavy Nasdaq toggled between gains and losses Tuesday, a day after falling 2.1%, its biggest percentage loss in more than two weeks.

But the purchase of bullish call options in tech-related names hasn’t been dampened. For instance, demand for calls versus bearish put options – a measure called skew – on Tesla currently stands near historic extremes, even after the stock has rallied more than 300% from its March lows. Tesla’s 30-day skew is negative, at -15.2%, according to Trade Alert, meaning that prices for calls have surged past those for equivalent puts.

Skew in Amazon, Netflix, Twitter and other momentum stocks has also been negative in the past week. By contrast, skew on the S&P 500 shows a growing bias toward puts.

Still, there are plenty of concerns about technology stocks. Fund managers in a recent BofA Global Research survey said buying tech stocks was the market’s “most crowded” trade for a third straight month.

After the recent rally, many tech-related shares have “the type of valuation where you would want to take profits,” said Oliver Pursche, president at Bronson Meadows Capital Management.

Indeed, the forward price-to-earnings ratio for the S&P 500, at 22.1, according to Refinitiv, is at its highest level since the dot-com boom two decades ago.

Some investors have chosen to bet on stocks that are outside the technology sector but may be positioned to benefit from a nascent economic recovery. Skew has dipped for several companies seen as being among the greatest beneficiaries of an economic recovery, including Boeing Co and Delta Air Lines.

Other recent call buyers include investors who want exposure to potential gains but are hesitant to buy stocks at current prices, said Christopher Murphy, co-head of derivatives strategy at Susquehanna Financial Group, a trend he said has occurred in tech-related names such as Tesla and Shopify Inc.

“We’re seeing a FOMO phenomenon being priced in,” he said.

Native Americans are undercounted in the census. In 2020, it could be 'devastating.'

Wed Jul 15 , 2020
Vernon Livingston found his 2020 census packet strewn on the ground three weeks ago outside his home on the Navajo Nation, presuming it had blown away after someone dropped it off. Livingston, who usually retrieves his mail from a post office, said he dutifully filled out the form and sent […] 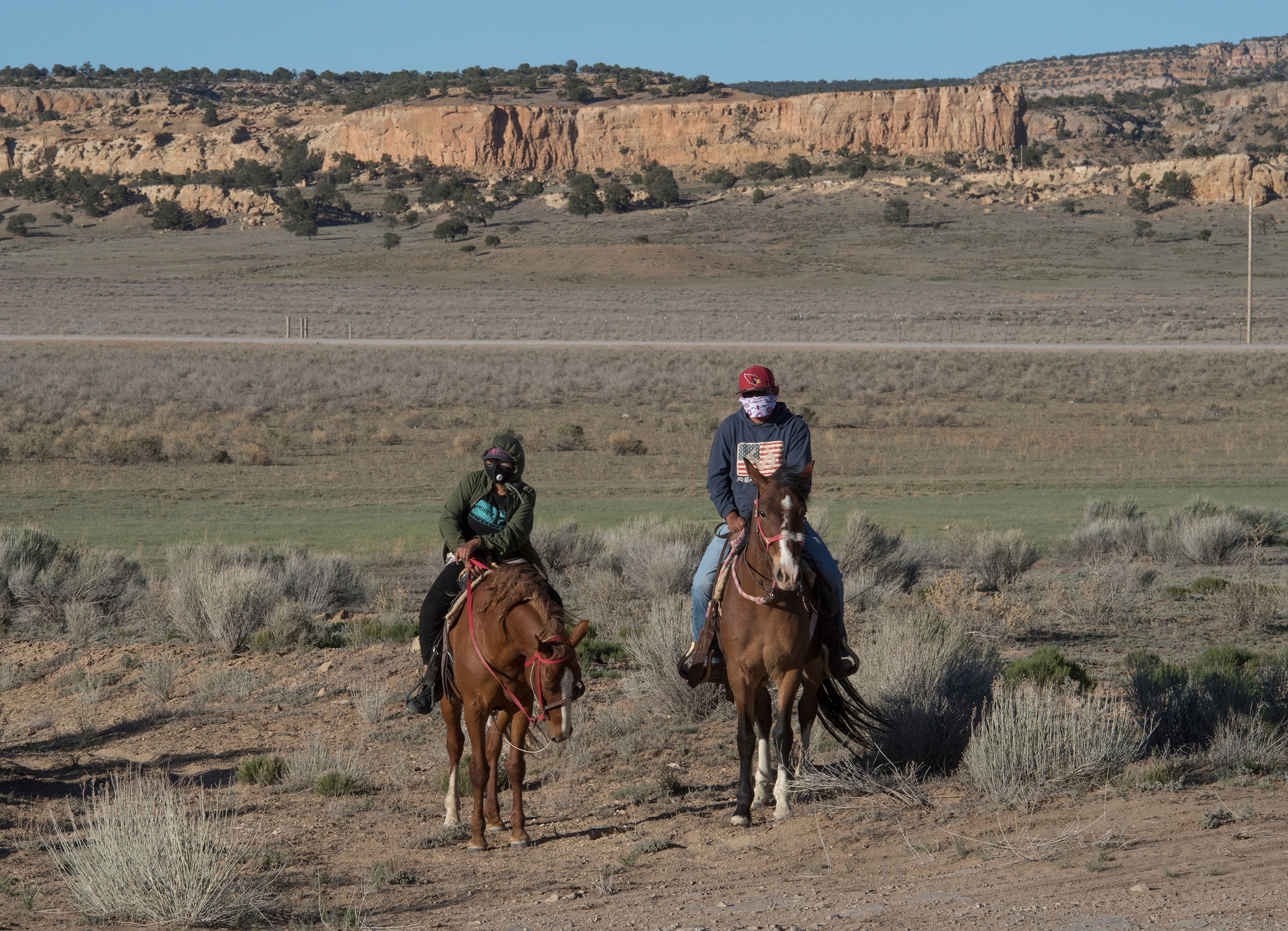