Priti Patel has demanded that social media firms act quicker to remove “appalling hatred” from their sites amid widespread outrage over anti-Semitic posts by the grime artist Wiley.

The Home Secretary has demanded a “full explanation” from Twitter and Instagram for allowing the posts to remain visible for more than 12 hours after they were published.

Police are investigating a series of comments made by the musician on Friday that led to him being banned from both platforms for seven days.

In them he compared Jewish people to the Ku Klux Klan and included anti-Semitic tropes about Jewish people controlling the business world.

Ms Patel said: “The antisemitic posts from Wiley are abhorrent. They should not have been able to remain on Twitter and Instagram for so long, and I have asked them for a full explanation.

“Social media companies must act much faster to remove such appalling hatred from their platforms.”

The antisemitic posts from Wiley are abhorrent.

They should not have been able to remain on Twitter and Instagram for so long and I have asked them for a full explanation.

Social media companies must act much faster to remove such appalling hatred from their platforms.

Robert Jenrick, the Communities Secretary, said he was “appalled” by the “anti-Semitic racist rant on social media, which should not have been able to remain online for so long”.

I was appalled to see Wiley’s antisemitic racist rant on social media yesterday, which should not have been able to remain online for so long. @pritipatel has asked Twitter and Instagram for an explanation, which as Communities Secretary I fully support.

Labour has complained that the Government has delayed the introduction of an online harms bill that would protect internet users.

The Campaign Against Antisemitism accused Twitter and Facebook of “protecting” Wiley by deciding to “allow a racist to continue to use their platforms to reach hundreds of thousands of people” by failing to ban him permanently and leaving some of his posts online.

Wiley was dropped by his management following the posts, and police said they were investigating a complaint of incitement to racial hatred.

Twitter has previously been accused of “allowing racism to run rampant” on its site.

Several posts featuring anti-Jewish racism and Holocaust denial were presented to users looking at the hashtag #JewishPrivilege, which trended in the UK earlier in July.

MPs, celebrities and campaigners are set to stage a 48-hour Twitter “walkout” over the social media giant’s handling of anti-Semitic posts from 9am on Monday.

Ms Stevens also highlighted the experiences of footballers Wilfried Zaha and David McGoldrick, who were victims of racist abuse online earlier this month.

Ms Stevens said: “The failure to tackle these high-profile examples of hate speech shows why we so desperately need proper legislation to force the social media companies to keep people safe online.”

An online harms White Paper was published in April 2019, with an initial Government response to a related consultation released in February.

The Government said in its response it was “minded” to make Ofcom the new online regulator.

Last month, Lord Puttnam, chairman of the Lords Committee on Democracy and Digital Technologies, said it was “unacceptable” that it had been told new legislation may not be in place until 2024.

Last week, a report from MPs on the Digital, Culture, Media and Sport (DCMS) Select Committee said an online harms regulator must be appointed now to hold social media platforms to account.

They said misinformation about coronavirus was allowed to spread “virulently” across social media because legislation is still not in place to regulate it.

Sun Jul 26 , 2020
(Bloomberg) — The blockchain world today is thousands of disparate platforms that can’t talk to each other. So a little-known startup hatched one of the most ambitious plans yet to bridge all the divides — and it’s got the backing of the Chinese government. Beijing-based Red Date Technology is at […] 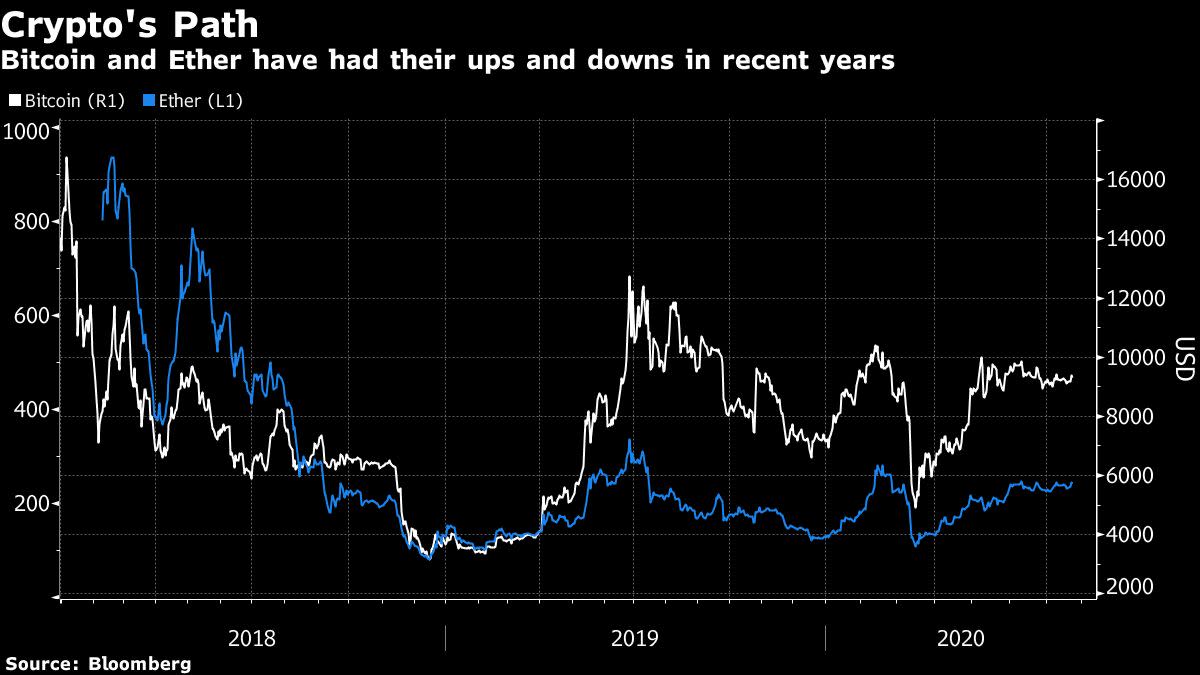