Fox News host Tucker Carlson distanced himself and his program from the incendiary hate speech posted online by a former writer who worked on his top-rated program.

But critics who expected an apology from the conservative cable provocateur for the out-of-office behavior of Blake Neff, who worked on “Tucker Carlson Tonight” since January 2017, did not get one. He even delivered a parting shot at them.

“What Blake wrote anonymously was wrong,” Carlson said Monday on his program, reading from a statement. “We don’t endorse those words, they have no connection to the show. It is wrong to attack people for qualities they cannot control. In this country we judge people for what they do, not for how they were born. We often say that because we mean it. We’ll continue to defend that principle often alone among national news programs because it is essential…Blake fell short of that standard and he has paid a very heavy price for it.”

Neff had written racist and sexist comments under a pseudonym on the message board AutoAdmit. He resigned Friday after a CNN report revealed his postings on the site for law school students that bills itself as a forum for “supporters of the marketplace of ideas and freedom of expression.” Neff shared racist and bigoted opinions on Black and Asian people, the Mormon church and immigrants.

Still, Carlson had harsh words for his detractors whom he accused of reveling in Neff’s departure. “We are all human,” he said. “When we pretend we are holy, we are lying. When we pose as blameless in order to hurt other people we are committing the gravest sin of all and we will be punished for it. There is no question.”

A former reporter at the Daily Caller, the conservative news site co-founded by Carlson, Neff also created multiple discussion threads where he mocked women he was friendly with on social media for sharing details about their personal lives, and engaged with posts containing racist vitriol.

Neff was part of a small group of writers who help Carlson craft the commentaries he presents throughout his nightly program, which in recent months has been the most-watched program in cable news, averaging more than 4 million viewers a night. Some nights, in the current fragmented TV landscape, “Tucker Carlson Tonight” is the most watched program in all of television.

Carlson is among the Fox News hosts who is regularly watched by President Trump. There has even been speculation by political columnists that Carlson would be a viable Republican presidential candidate in 2024 who would carry Trump’s message of anti-immigration nationalism and economic populism.

But Carlson, who first joined Fox News in 2016, has been harshly criticized for remarks he has made regarding immigrants and race. He recently scared off advertisers, including T-Mobile, Papa John’s and Walt Disney Co., from his program with a commentary in which he said the Black Lives Matters movement “may be a lot of things, this moment we’re living through, but it is definitely not about Black lives. Remember that when they come for you, and at this rate, they will.” Fox News issued a clarification of the remarks, saying the “they” referred to Democratic politicians and not Black people.

Fox News hosts rarely apologize when faced with a public backlash over their programs.

This is Blake Neff, the head writer for @TuckerCarlson‘s show who was forced to resign today after years of posting vile racist comments under a pseudonym “CharlesXII” (a nod to a celibate king of Sweden) and cyber-stalking women. pic.twitter.com/tEgLwVeJCN

“We want to make abundantly clear that Fox News Media strongly condemns this horrific racist, misogynistic and homophobic behavior,” they said in a statement. “Neff’s abhorrent conduct was never divulged to the show until Friday, at which point we swiftly accepted his resignation. Make no mistake, actions such as his cannot and will not be tolerated at any time in any part of our work force.”

Media Matters, a liberal media watchdog group that has long pressured advertisers to pull their commercials from Fox News programming, said Neff’s comments were not far from the rhetoric that showed up on “Tucker Carlson Tonight.”

“His day job was writing a somewhat more sophisticated version of his online posts for Carlson’s show,” Media Matters senior fellow Matt Gertz wrote Monday. “His employment provides a clue as to how some particular obsessions of that community ended up on Fox prime time. But ‘Tucker Carlson Tonight’ is drenched in the talking points of white nationalists because that’s the way Carlson wants it.”

But aside from online outrage, Carlson’s critics have little economic leverage to pressure Fox News to take the host off the air.

For most of this year, Carlson’s program has been airing without the support of national brand advertising, as companies have defected over remarks he had made regarding immigrants and race. Nearly all of the commercials on his program are from direct-response advertisers who solicit customers through 1-800 phone numbers or websites, such as MyPillow.com. Such marketers tend to be less particular about the content of the programs where their ads run.

MyPillow had four commercials on Monday’s program, which also included ads for Fungi-Nail, a toe nail fungus remover made by Arcadia Consumer Healthcare, and Pray.com, an app that serves up Bible stories.

“I am not changing my advertising,” MyPillow Chief Executive Mike Lindell said in a statement. “I make my decisions based on what is best for MyPillow customers and employees.”

Lindell is a staunch supporter of President Trump.

Carlson has endured the advertiser exodus because he has the backing of Fox Corporation Executive Chairman Rupert Murdoch, who picked the host to replace Bill O’Reilly in prime time in 2017. O’Reilly was ousted over sexual harassment allegations, for which he and Fox News paid multimillion dollar settlements to keep them from being publicly revealed.

Tue Jul 14 , 2020
With no COVID-19 vaccine or surefire treatment in sight, the Chicago Marathon has been canceled for the second time in its history. It comes as Gov. J.B. Pritzker and Mayor Lori Lightfoot watch spikes in cases across the country and offer their own reminders that people should wear a mask […] 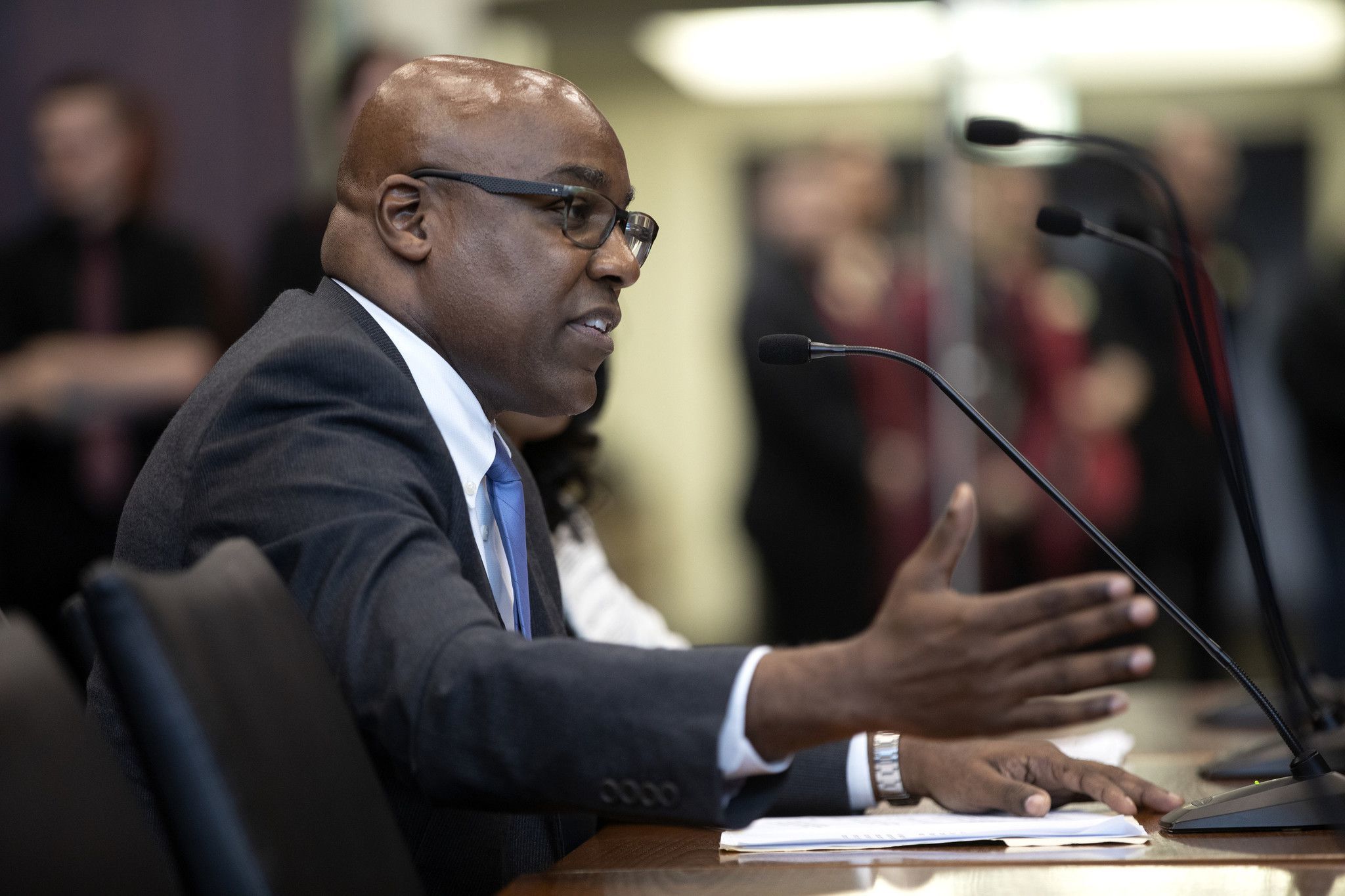