President Trump wants to have it both ways: He is pressuring U.S. public schools to reopen, citing nations such as Germany, Denmark and France that have led the way, while insisting that our schools don’t need the kind of money that those countries have spent on safely reopening.

Trump seems to think he can ignore the serious surges of COVID-19 in many states and return the schools to nearly pre-pandemic normal just by wishing it. Do it fast, do it on the cheap — or else.

He’s also ignoring the nation’s own experts, but what’s new about that? Although the administration’s top infectious disease official, Anthony Fauci, supports school reopening, he says the decisions need to be left to local officials who should take into account the infection rates in their areas. Meanwhile, the Centers for Disease Control and Prevention has set out guidelines on how to reopen schools as safely as possible, calling for such things as separating students, which means reducing class sizes; running school buses with a fraction of the passengers; providing more school supplies so kids don’t share them; and requiring masks.

Trump’s magical thinking finds the CDC’s guidance unnecessarily expensive, so the White House has directed the agency to make it less tough — a change that could damage the agency’s credibility. He’s also threatened to withhold funds from states that don’t broadly reopen schools. He praises countries such as Denmark without mentioning that even before the pandemic, classes there held only 20 students on average, and they have been split into much smaller groups for reopening.

Something else Trump fails to mention about nations with successfully reopened schools: Their infection rates are lower than ours.

That’s not to say schools might not be able to reopen, at least partly, in areas where infection levels are lower and staying that way. Though online schooling will almost certainly improve in the fall, attending an actual campus is much better for most students. This is especially true of elementary school children, who have more trouble learning via computer and who can pay better attention in a personal setting. Socialization is also particularly important for younger children, who can miss developmental milestones without it.

These very young students also appear less likely to catch or pass on the disease. Starting with this young cohort is one reasonable way to go — if strict and, yes, expensive safety steps are taken.

But even then, remote learning alternatives will continue to be needed because some children live with family members at risk of severe complications from COVID-19. Those alternatives cost more money.

If Trump wants as many schools as possible to reopen, he should start by showering them with COVID test kits, fever scanners, nurses, child-sized masks, cleaning and school supplies, plexiglass separations, laptops and broadband for students. Anything short of that would just be more empty bluster.

Wed Jul 8 , 2020
Smartwatch software used to help elderly patients could easily be hacked and abused, security researchers say. Some of the watches are targeted mainly at dementia patients – and a hacker could even send a reminder to “take pills” as often as they wanted to. The researchers said they were concerned […] 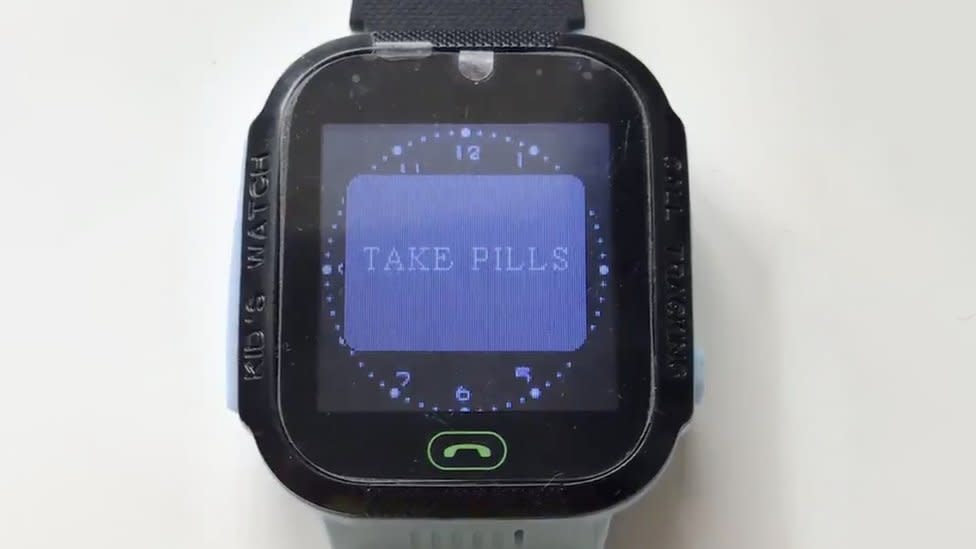