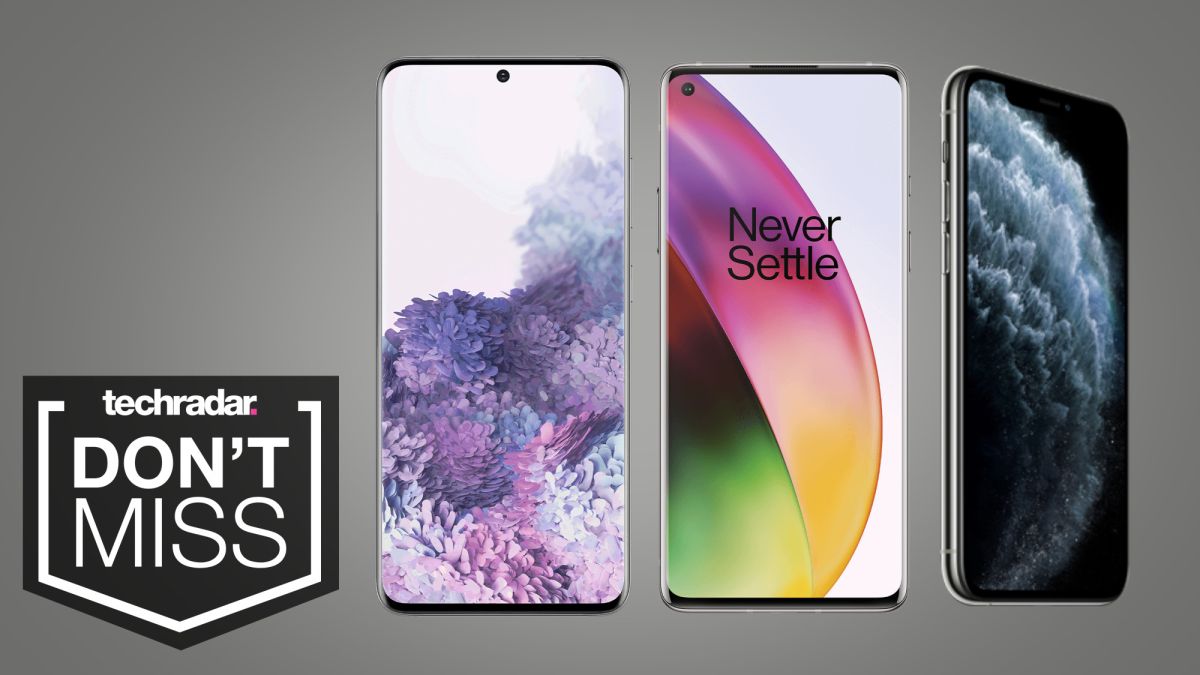 The Labor Day sales may be known as a bastion of furniture and appliance deals for most, but there’s also plenty of excellent tech deals to be found, and, especially as we’ve found this year, including deals on top smartphones.

We’ve spotted a few prime Labor Day smartphone deals that we think might just be worthy of your attention – although fair warning, these offers may be expiring tonight, so get your wallets at the ready if you’re ready to commit and don’t want to let these deals slip through your fingers.

Probably our favorite Labor Day smartphone deal is over at the OnePlus store, which is offering its stunning flagship OnePlus 8 for just $699 (was $799) right now. You’ll have to use the code OPLD100OFF at checkout to redeem your saving, but once you do you’ll also be able to score an additional $100 off some accessories too.

Prefer iPhones? Apple and Verizon both have some amazing offers on right now, including a $450 off trade-in program at Apple, and free iPhone SE deal at Verizon, which is applicable with every new Unlimited data plan. We’ve even found a great smartphone deal on the Samsung Galaxy S20 at Amazon for just $849.99 – a whole $150 less than the usual unlocked price.

Scroll down to see our full list of the best Labor Day smartphone deals today, or alternatively, see even more options over at our main cell phone deals article.

OnePlus 8: $699 at OnePlus
Use code: OPLD100OFF to get another $100 off the price of a brand new OnePlus 8 over at their official store this Labor Day. That’s a really tempting price for a flagship that will easily square up to the latest offerings from Samsung and Apple, plus, you can get another $100 off on accessories on top right now with every purchase.
View Deal

Samsung Galaxy S20: $849.99 at Amazon
A $150 saving from Amazon makes this brand new Samsung Galaxy S20 a whole lot more affordable right now, and a fantastic option if you’ve been thinking about making that upgrade. You surely won’t be disappointed, thanks to the S20’s attractive design, 120Hz display, and upgraded rear cameras. Note – this deal is for the 128GB storage version, and even better, all four colors are still in stock.
View Deal

Apple iPhones: save up to $450 on a new iPhone with eligible trade-in at Apple
Another top option if you’ve got a penchant for unlocked phones, Apple’s trade-in program is not only available on a whole range of new devices, but it’s terms are also particularly generous. They’ll even give you $110 for an old iPhone 7, for example, although if you happen to be trading in one of last year’s models the total savings can range all the way up to $450 – awesome value.
View Deal

Apple iPhone SE: free with a new Unlimited plan at Verizon
Even better than a discount is this offer from Verizon, giving away a free iPhone SE with every new unlimited plan right now. Even better still is that this deal is open to everyone – both switchers and existing customers, so you’re looking to save yourself at least $120 here – which is the going price on these ($5 a month).

iPhone 11 Pro: save $400, plus up to $850 off with trade-in at Verizon
Verizon’s running multiple offers on the iPhone 11 Pro right now, which, when bundled together can mean some pretty eye-watering savings. Not only will they give you a $450 rebate if you order online (by tonight no less), but they’ll also give you up to $850 off if you’re trading in your old phone. If you happen to be switching they’ll also throw in a load of Amazon freebies, plus a $150 gift card – phew, that’s a lot of deals.
View Deal