President Donald Trump on Friday told reporters that he would ban popular video streaming platform TikTok as early as Saturday, and the social-media platform’s expansive community reacted in the way they know best: by posting memes.

US officials have long expressed security concerns over TikTok since it was purchased by the Chinese company ByteDance in 2017. In December 2019, the US military announced that service members would no longer be permitted to use the app on their government-issued devices.

In February, Senate Minority Leader Chuck Schumer likewise expressed concerns over TikTok’s connections to China in urging the Transportation Security Administration to cease its use of the platform as part of its social media campaigns.

TikTok has said it does not share the data of its American users with Chinese officials.

The platform, known as Musical.ly before it was purchased by ByteDance, didn’t seem to land in the president’s crosshairs until July — just a few weeks after his June rally in Tulsa, Oklahoma. Following the rally, users on the platform took credit for a social media campaign that may have impacted the event’s attendance.

It’s not exactly clear how the president could ban TikTok — the app available to download for free on the iOS App Store and the Google Play store. As The Verge noted, enacting a ban is not as simple as Trump and his allies have suggested, though there are ways he and his administration could make it more difficult for the company to operate.

Sources told Reuters on Saturday that ByteDance has agreed to divest its US operations to avoid a ban on TikTok. ByteDance had previously sought to maintain a stake in the US business of TikTok, though the company has agreed to exit completely as part of a sale to Microsoft, according to the report.

In a video posted Monday, the head of US TikTok operations thanked users for the outpouring of support in response to Trump’s proposed ban and said the app was “here for the long run.”

Many personalities responded in typical TikTok fashion with humor and memes

Some TikTok creators posted videos joking they’d show up to the White House if Trump followed through with his TikTok ban. In typical TikTok form, the posts about the app’s possible demise relied on popular trends and sounds from the app’s user-generated library.

In one video, a TikTok user envisioned they’d show up to the White House to confront Trump wielding a saucepan. The video uses a popular sound that originated from an episode of Lifetime’s popular series “Dance Moms.”

Claudia Conway, the daughter of White House adviser Kellyanne Conway, who became a TikTok sensation when she began posting pro-Black Lives Matter and anti-Trump TikTok videos, joined in the meme-making. Conway made several videos that poked fun at Trump and his potential TikTok ban.

Tatyanna Mitchell, known for her on-screen romance with another popular TikTok star and for creating some of the platform’s most popular videos and sounds, also joked in a video that she’d show up to the White House to confront the president if Trump followed through in shutting TikTok down.

While Dixie D’Amelio, one of the platform’s biggest stars, didn’t outright mention the ban in a Friday night TikTok, she looked expressionless while the lyrics to her melancholy single “Be Happy” played in the background. In the comments, her fans speculated she was reacting to the forthcoming ban.

Others suggested that users could skirt the potential ban

Other creators posted about changing their phone’s location in the Settings app or using Virtual Private Network (VPN) to maintain TikTok access should it be banned. A VPN allows users to connect to the internet through a secure server that makes their online activity hard to trace.

It can also allow users to use websites and apps prohibited in a particular location by making it appear they’re accessing the internet from another country or location, which users think would help with circumventing a ban. But as Fortune reported, as part of a TikTok ban in Hong Kong, users hoping to circumvent the ban have had to use a VPN, remove their phone’s SIM card, and connect to a Wi-Fi network to regain TikTok access.

While some planned to circumvent the ban, others urged their following to join them other platforms

Levi Gagnon, known to his over 21,000 TikTok followers as “LeviTheRepublican,” directed his fans toward his Instagram account.

“This is really it… the end of tiktok,” he wrote, thanking fans for their support and urging them to follow him on Instagram.

In asking their followers to move to other platforms, some TikTok creators lamented the potential loss of community that TikTok has afforded them.

“TikTok is the only place where I’ve ever been out and proud!!” one user wrote in the on-screen captions to a video Friday.

Ondreaz Lopez, a TikTok creator with 18 million followers and a founding member of the LA-based Hype House told his followers that TikTok changed his life.

“If this app’s gone, it was fun as you can see here,” Lopez wrote below a montage of some of his previous videos.

“The party isn’t over though,” he added, encouraging his followers to view his other social media accounts.

The Best Face Masks for Running, Cycling and Working Out

Sat Aug 1 , 2020
While some cities have started reopening shops and restaurants, the majority of the country is still observing quarantine procedures that were put in place to help curb the spread of the coronavirus. One such measure that’s still in place is the wearing of face masks when out in public, with […] 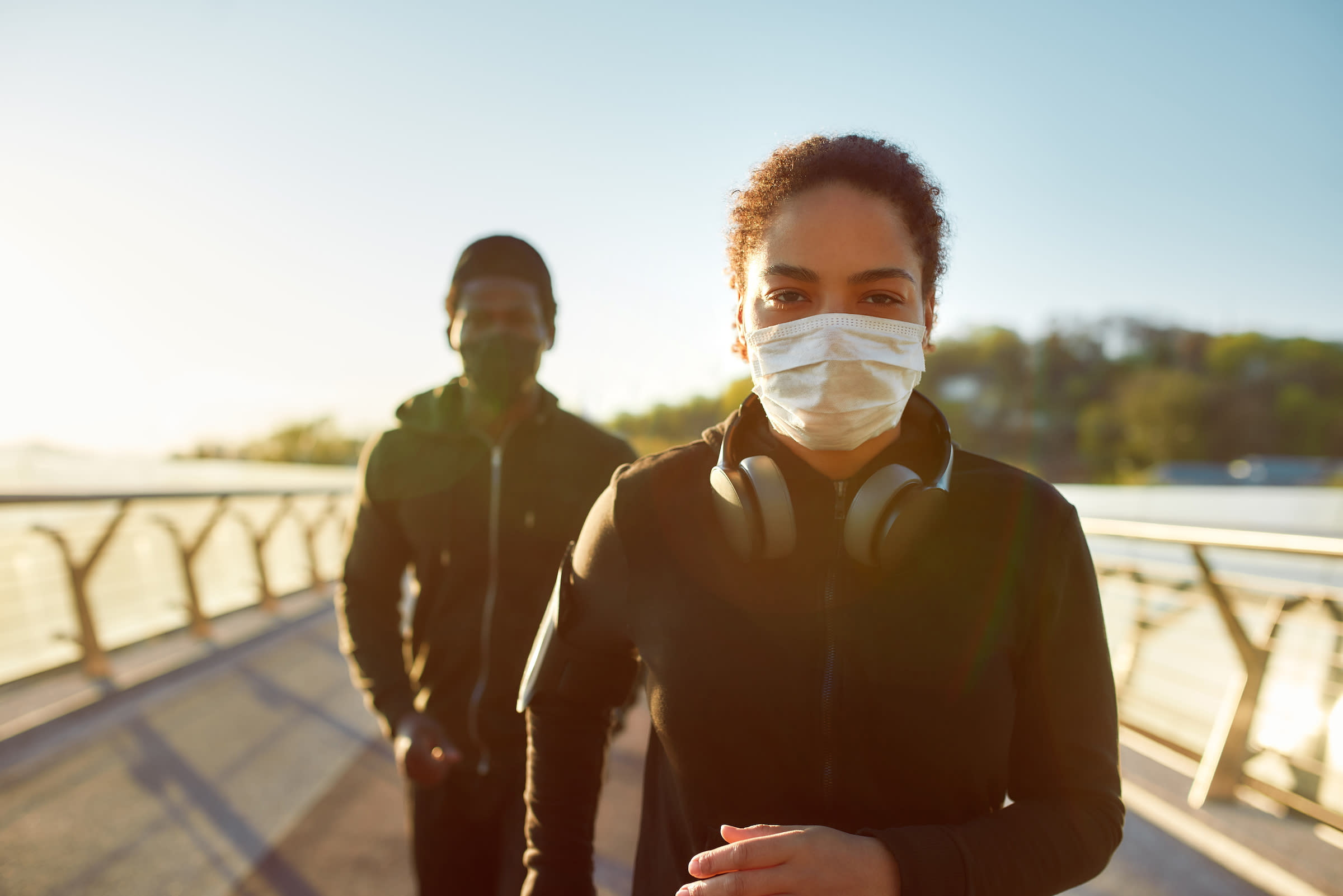