Amazon Studios will release the documentary All In: The Fight for Democracy to select theaters on September 9 ahead of its global launch on Prime Video on September 18. The film features Stacey Abrams, the first Black woman to become the gubernatorial nominee for a major party in the United States.

All In: The Fight for Democracy is directed by Oscar-nominated and Emmy-winning filmmaker Liz Garbus and Oscar-nominated filmmaker Lisa Cortés, and produced by Garbus, Cortés, Academy Award-winning producer Dan Cogan and Stacey Abrams. Amazon Studios acquired worldwide rights to All In: The Fight for Democracy from production company Story Syndicate.

The film examines voter suppression in the United States. Abrams is well-known for claiming the tactic denied her the governorship of Georgia, where she lost by 50,000 votes to winner Brian Kemp. The documentary will offer Abram’s perspectives on the laws and barriers to voting in the United States.

A joint statement from directors Liz Garbus and Lisa Cortés said, “With 100 days left until one of the most important elections in American history, we are thrilled to officially announce All In: The Fight for Democracy, which will tell a powerful and harrowing story of the fight for the right to vote, as well as arm citizens with the tools they need to protect this right. The film will be accompanied by an ambitious and visionary action plan to reach voters and educate them across the nation.”

“Today, we are 100 days out from Election Day – a pivotal moment in our mission to protect our democracy – and we need to come together as a country and make sure every voice and vote is counted,” said Abrams. “The title All In: The Fight for Democracy speaks to the importance and necessity that every American has the right to have their voice be heard and their vote counted. We know that if our votes were not important, so many folks wouldn’t be working so hard to take our right to vote away.”

Ahead of National Voter Registration Day, in coordination with the All In: The Fight for Democracy film release, the filmmakers and Amazon Studios will launch #ALLINFORVOTING, a social impact campaign with community-based organizations, nonprofits, corporations, artists, activists and influencers.

The non-partisan campaign will develop digital content to combat misinformation about the voting process, and launch targeted campaign programming to educate and register first-time voters, mobilize communities to have their voices and values counted in the November election (and beyond), and train citizens to know how to recognize and report voter suppression.

Additional #ALLINFORVOTING activations and programming will include an online hub featuring resources and tools for visitors to register to vote, check registration status and other activities; a local grant program to support grassroots organizations working to educate and mobilize voters in ten states (Alabama, Arizona, Florida, Georgia, North Carolina, Pennsylvania, South Carolina, Texas, Virginia, and Wisconsin) to build capacity and engage low-propensity voters; and the “Grow a Voter” educational initiative aimed at engaging the next generation of voters utilizing the film as a tool for conversation in the classroom. A curriculum will be developed in partnership with movement leaders and distributed to teachers nationwide.

Sun Jul 26 , 2020
Click here to read the full article. Amazon Studios has set a September theatrical release for the Stacey Abrams voting rights documentary “All In: The Fight for Democracy.” The film will be released on Amazon Prime Video on Sept. 18. It’s directed by Oscar-nominated and Emmy-winning filmmakers Liz Garbus and […] 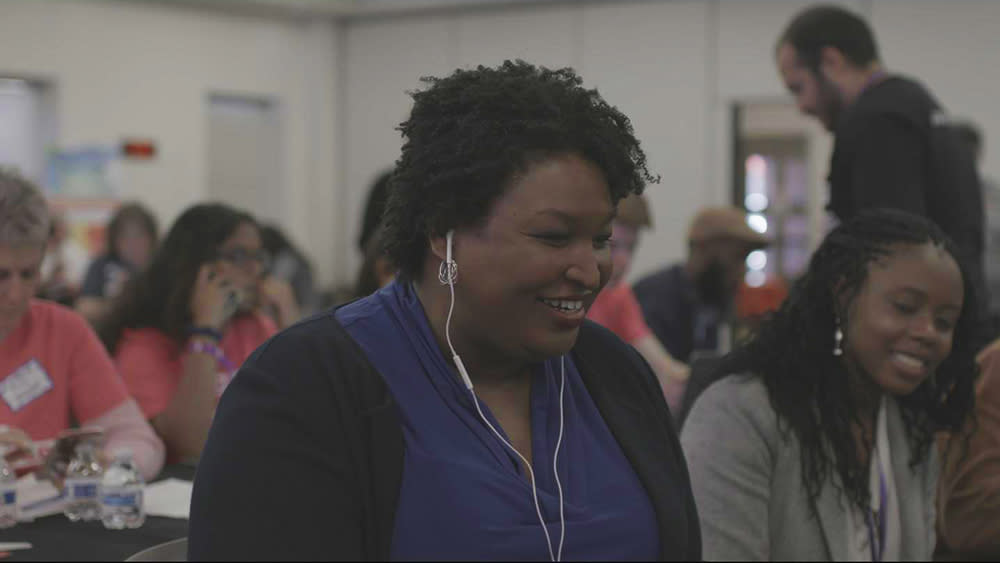