Many “animal crush” videos will start the same.

A person whose identity is masked will hold up an animal, like a cat or dog, and pet them affectionately.

An audience will get a chance to see the animal alive and healthy, maybe not yet aware of what its future holds.

There will be a build-up, where the person on camera shows off the devices — shoes, knives, or ropes — they will use to inflict harm on the helpless animal.

Then the suffering will begin. Titillated viewers will see the fear in the eyes of the animal fighting for its life.

While much of it exists on the dark web and can be hard to find and track, sometimes it can be found on mainstream social media platforms like Instagram, TikTok, and Facebook. These companies say they do what they can to detect and remove this kind of violence, but some of it slips through, and animal rights groups believe they could do more.

The prevalence of the content has created a cat-and-mouse subculture of attention-seeking animal abusers, and volunteer web sleuths who work around the clock to suss them out.

Experts say those who make the videos, many of whom have a cult-like following, are likely psychopaths who have the characteristics of a budding serial killer — and catching them can potentially save human lives.

For some viewers, crush videos are a paraphilia, or sexual fetish. For the creators, it’s something worse

Kevin Volkan is a psychologist who specializes in the bizarre.

In 2010, he testified about the sexual nature of animal crush videos before the US Senate.

The distribution of these videos has since been criminalized.

Volkan, a professor at California State University Channel Islands, told Insider that fetishes or paraphilias — sexual fantasies that are acted out in real life — are quite common, though they’re rarely dangerous to animals or other humans.

Even crush paraphilias, which are far less common than something like a foot fetish, don’t have to be violent, Volkan said.

“The idea is that the guys watching the videos are identifying with the thing that’s being crushed — in some cases, it’s not animals, it can be grapes or fruit. Most of the time its small animals, like bugs,” Volkan said. “That’s the majority of it, but then you find the people who graduate to mice because they need a little bit of a bigger thrill. Eventually, you can find, basically, animal torture videos.”

Volkan doesn’t specialize in animal crush specifically and there is little research or data available on the subject, though the first crush videos posted online can be linked to the early days of the internet. The first law prohibiting the creation or distribution of animal crush videos was signed in 2000.

Many of the videos are made in impoverished regions where young women, who might get no enjoyment out of the abuse on their own, will carry it out for financial reasons, he said. In these cases, the creature being killed is often something small, like a bug or a mouse.

Those who victimize larger domesticated animals, though, have the characteristics of psychopaths or sociopaths who have no conscience and are only interested in satisfying their own urges, Volkan said. Some may have been the victims of physical or sexual abuse, he added.

Volkan believes many of these killers are motivated by sadistic urges.

FBI research indicates that most serial killers, school shooters, and mass murderers tortured animals as children. But in the internet age, killers like Luke Magnotta — the subject of the Netflix documentary “Don’t F*** with Cats” — have been given an audience for their cruel acts online.

“A lot of psychopaths torture animals as children, it’s one of the warning signs,” Volkan said. “So the idea they could do bad things to humans after hurting animals is not far fetched.”

When you see animal crush online, don’t report it to the platform to be taken down, the Humane Society says

Most people who come across a graphic video of animals being harmed on social media — whether it be dogfighting of animal crush — might think their first move is to report the video to the platform to be removed.

But Reever said that when content is taken down the poster will often just come up with a new username and continue their work there.

When they do that, investigators won’t have access to the user’s older videos, which they can use to screen for other individuals who might be involved.

One of the most recent cases of animal crush torture involved a woman who used a variety of Instagram and TikTok handles, including Serial_Dog_Killer_Dude, to post graphic images and videos skinning, torturing, and killing dogs and cats.

When she made a post, a gaggle of swooning fans would beg for more disturbing abuse.

“When Serial_Dog_Killer_Dude was reported, she would just come up with a new name and reinstate it,” Reever said. “Just like with dogfighting videos, just like bestiality, you don’t want it shut down. We want to have it, so that we can link their IP address.”

Instead, Reever recommends screenshotting as much of the content as possible and reporting it to the Humane Society and the FBI.

Ultimately, though, Reever would like to see the platforms themselves be held accountable for illegal content that is streamed on their sites.

“I contact Instagram or Facebook about just egregious animal cruelty and say ‘these are going about because you’re allowing this do be on here,” Reever said. “Most of the time, they’ll come back and say ‘this is not against community standards,'” because they were filmed in countries without animal cruelty laws.

A spokeswoman for the two companies, though, said that animal abuse is not allowed on either Facebook or Instagram and when it is found the account in question could be deleted.

“We prohibit content that encourages or glorifies animal abuse, including instances of animal crushing,” the spokeswoman, Liza Crenshaw, said. “We also prohibit Instagram or Facebook from being used to facilitate or organize criminal activity that causes physical harm to animals.”

When an Instagram user searches for a hashtag associated with harmful behavior to animals or the environment, they will see a content advisory screen, she said.

Animal abuse and the sale of endangered animals or their parts are also prohibited on Instagram.

The Serial_Dog_Killer_Dude account was removed for violating Instagram’s policies and the user will not be able to create a new account from the same device, Crenshaw said, though this doesn’t account for an abuser who might have multiple devices or locations.

The two sites have “proactive detection” in the form of classifiers that flag images and videos that show animal abuse and apply a content advisory screen, Crenshaw said.

The companies also rely on user reports to review and remove, or place content behind this screen, she said.

While there isn’t data specific to animal abuse content, Facebook reported that the amount of violent and graphic content on the site had dropped in the last quarter of 2019 and the first quarter of 2020.

The companies won’t “actively report” recorded instances of abuse to law enforcement, but if they are made away of a criminal case against a user as it related to animal abuse, it will investigate and “take action” on the accounts and content, Crenshaw said.

Some graphic content related to the abuse of animals is allowed to remain on the two sites, with warnings about graphic content, if the intent is to further raise awareness about activity that endangers or harms animals, the spokeswoman said.

While TikTok declined an interview with Insider on the topic of animal crush, a spokesman provided a written statement about their policy on violent content and directed Insider to its Safety Center, where users can find information about reporting inappropriate footage.

“We are committed to promoting a safe and positive app environment for our community,” the statement said. “As we make very clear in our Community Guidelines, we do not permit violent and graphic content, including that which depicts animal cruelty, and we take action against this when it’s reported.”

Lisa Kauffman, the Idaho and Wyoming state director for the Humane Society of the United States, told Insider that it’s important the people don’t just bury their heads in the sand and ignore graphic content that makes them uncomfortable.

Kauffmann helped authorities find and arrest Serial_Dog_Killer_Dude, but was blunt that there is a steep psychological and emotional cost to looking at dozens of images of animal torture and abuse.

The images she saw while looking into the Serial_D0g_Killer_Dude case, for example, will stay with her forever.

Michelle from New Jersey, who asked not to be identified by her last name, spent 15 to 17 hours a day scrutinizing every frame of the torture content looking for clues. She even befriended the suspected abuser on social media, in an effort to collect incriminating evidence that she would later provide to the FBI.

As a dog lover, the work was grueling and painful. She joined groups on Discord to talk with other sleuths about the content.

“After seeing all these dead animals, you need to vent and talk to people about whats going on. I can’t just send my friends pictures of dead kittens and say let’s talk about it. It’s disturbing,” she said. “My iPad, my phone, my computer is full of thousands and thousands and videos and images, and I want them off.”

To read more about how web sleuths helped take down Serial_Dog_Killer_Dude, click here.

How to Make Your Product Imagery Stand Out on E-Commerce, Without New Photoshoots

Wed Jul 29 , 2020
Between inventory challenges and a new focus on e-commerce, brands are tasked with promoting their current merchandise in a compelling way — often without access to relevant imagery or the capacity to create new visual content. A new e-commerce solution, Stylitics, aims to help brands convert their existing product assets […] 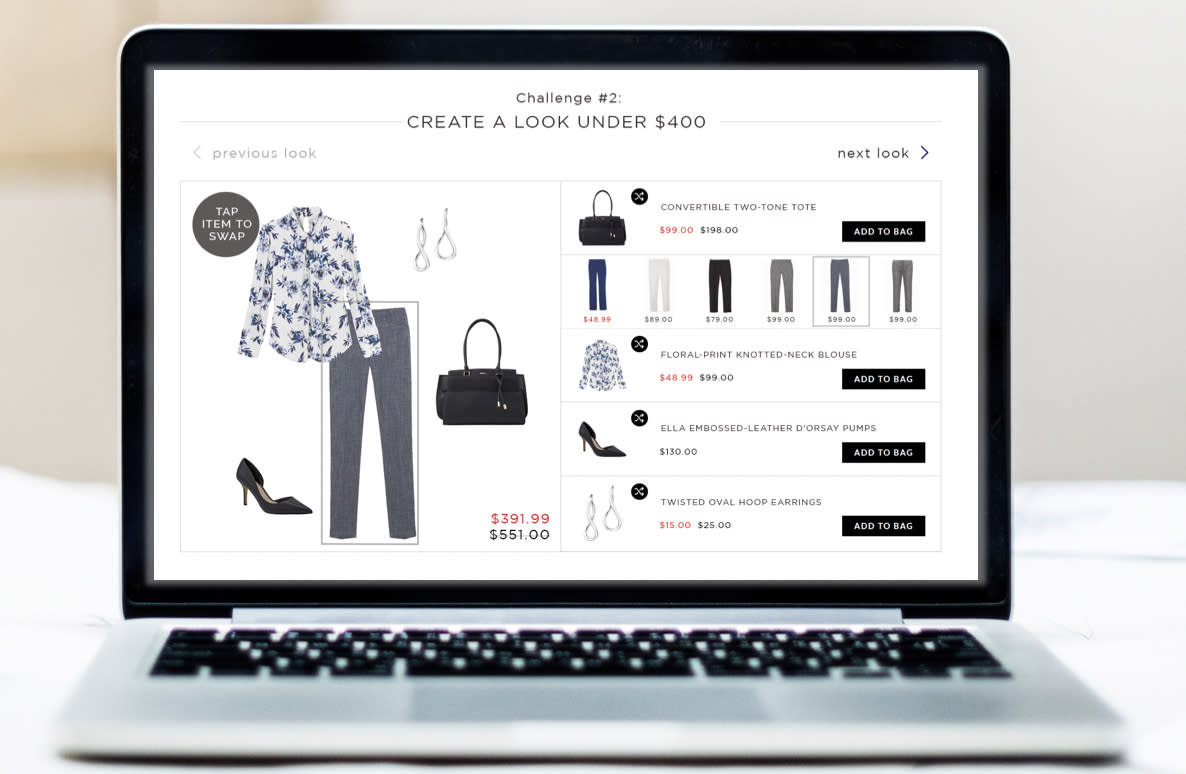