It’s 11.45 and the kids are sprawled like small sultans on our bed, half in, half out of pyjamas, gently drizzled in discarded snack wrappers and hypnotised by the moronic metre of kids’ TV jingles.

Meanwhile, most of the nine-year old’s year group are tucked behind desks, reintroducing their brains to clauses and calculations. Three days after we booked a Cornish holiday for this week, his school announced a free summer club to re-civilise the now fully feral Years 4 and 5.

This heroic effort on the part of teachers has been greeted with weeping, overweening gratitude by the vast majority of parents for whom, at this stage in the pandemic, the best holiday imaginable is a week of solid work in which no one asks for you to take the lid of a Fruit Shoot. An hourlong conference spent watching John from accounts spreading and splaining sounds like a spa treatment. A day devoted to your tax return, a silent retreat.

And yet… the Department of Education didn’t publish guidance for the holiday clubs that make the summer survivable for so many working families till the start of July.

This, observes The Out of School Alliance that represents these organisations, gave them ‘just over two weeks to digest the information, implement relevant changes, find suitable staffing and follow safe recruitment practices.’

Many, like the mammoth provider Barracudas, had already been forced to place their bets amid the uncertainty and made the call not to open at all. There is, say the alliance, ‘a clear gap between available places and demand’.

So, hooray for schools stepping in. Except… as reluctant as I am to drizzle on parental fireworks, play schemes were about, errr… play. Swimming, craft and excruciating modern dance shows stretched out brains that had been squeezed to fit the curriculum.

Our school’s club has an academic focus. Great for the kids whose education has fallen by the wayside in lockdown. But only if they actually attend. If not – and all experience of educational engagement during lockdown suggests it’s unlikely – it will only widen the attainment gap.

The kids likeliest to enrol have been working hard all term, and not only at their parents shakily-assembled syllabus. Adjusting to a new social landscape of Zoom calls within bedroom walls, parents becoming teachers, the fears of and for family members… The emotional workload has been immense and it doesn’t end here.

September will bring more adjustments still, a school life drawn into bubbles, even a mooted overhaul of the curriculum.

Summers are sacred. They’re for letting off steam, not tightening the pressure valve. This one, more than any before.

Between February and June, UK enrolments in Outschool increased 44 times. The online platform has over 50,000 live classes, including 9,000 ‘summer camps’ – longer, more involved courses to keep kids entertained across the school holidays.

The best are the most creative, and the least like conventional school: learn about planetary science through the Star Wars universe, chemistry through Harry Potter spells, economics through Minecraft. Plus, your fellow campers are often beamed onto your computer screen from their bedrooms in Japan, USA and Bangladesh. Magic. Classes from $5 – $15.

Best of all, are Fire Tech camps. The UK company was founded in 2013 to teach kids digital tech skills– from artificial intelligence to video game design. After a pandemic pivot to deliver its holiday camps via Zoom, kids from 9 to 17 can join small groups under the energetic direction of tutors from leading universities.

Their weekly Maker Monday sessions (taking place throughout the holidays) cost £5. Our son took a week-long Virtual Reality course. From Monday to Friday, 10-3, he hung out in a group of six children, learning how to make their own augmented and virtual reality environments. It isn’t cheap (£350) but it left me free to work uninterrupted for a full week. And also, deeply jealous.

Wed Aug 5 , 2020
TikTok, the app beloved by Generation Z, might get booted out of the US. Jon Kopaloff/Getty Images The Trump administration is forcing TikTok to sell off its US business by September 15 or else face a ban, accusing it of posing a privacy and national security threat because it is […] 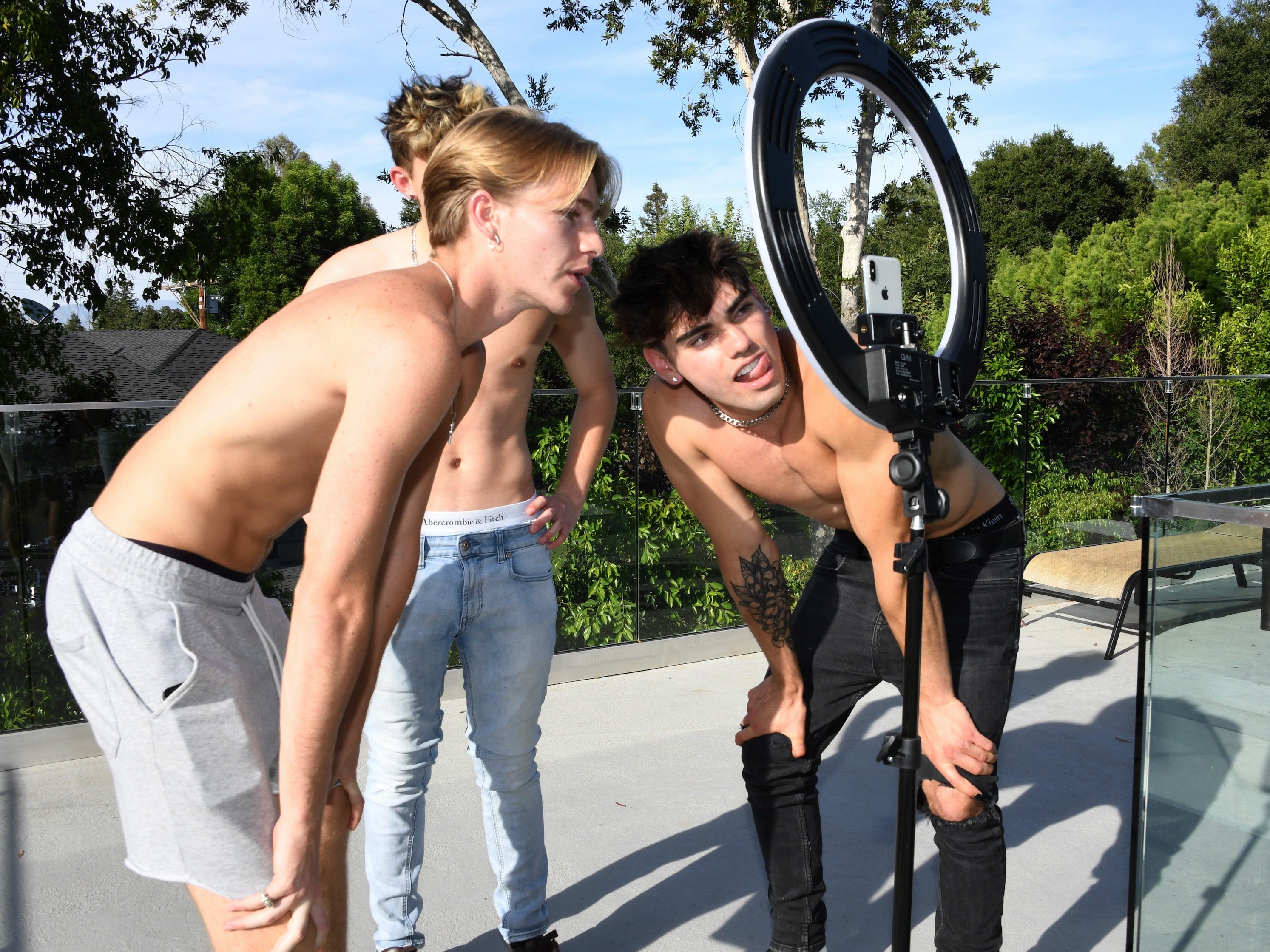