The federal government could be on the hook for millions of dollars in refunds to users of online court records after an appeals court ruled Thursday that court administrators illegally included a wide range of expenses that were never authorized to be recovered from the public.

The U.S. Court of Appeals for the Federal Circuit upheld a district court judge’s ruling in 2018 that court officials inflated fees for the Public Access to Court Electronic Records or PACER system by including costs for flat-screen courtroom televisions, electronic alerts to victims and police, as well as computer systems to manage jurors.

The three-judge appeals court panel unanimously ruled that Congress gave the federal courts permission to charge for systems that improve public access to court files, but did not create a technology slush fund that could be used to subsidize almost any purchase of electronics by the federal judiciary.

“Using [PACER] fees to fund E-Juror services and most of the Courtroom Technology category was impermissible,” Judge Todd Hughes wrote in a 32-page opinion. “They do not provide access to electronic docketing information. Courtroom Technology funds largely go toward improving the courtroom experience—providing electronic presentations of evidence on flat-screen TVs, for instance—in ways unrelated to providing access to electronic information stored in courts’ [electronic] docketing system.”

Critics of the system the federal government uses to collect about $145 million in electronic access fees each year filed suit in 2016, claiming the federal courts were essentially padding the bills paid by attorneys, media organizations, for-profit legal databases, nonprofit legal advocacy groups and members of the public.

Some judges also alleged that the fees were being used to subsidize the courts’ overall information technology budget.

However, the Justice Department, representing court administrators, argued that Congress had given the courts broad authority to select expenses used to justify PACER fees. Government lawyers also claimed the suit was flawed for technical reasons.

U.S. District Court Judge Ellen Huvelle ruled in 2018 that the courts had included impermissible expenses when calculating how much to charge in PACER fees. But she suggested a large swath of the costs of the docketing system the courts have used for more than two decades could be passed on to the public through the fees.

Hughes said in his ruling Thursday that Huvelle “got it just right.”

A wide range of First Amendment advocates, press associations and news outlets—including POLITICO—urged the appeals court to rein in the fees. Many lawyers and transparency activists have encouraged Congress to eliminate the access fees altogether and create unfettered access to federal court records via the internet.

In his opinion Thursday, Hughes said it was important to preserve access to the courts’ records, but that Huvelle’s opinion did enough to protect that.

“We agree with plaintiffs and amici that the First Amendment stakes here are high,” Hughes wrote, joined by Judges Alan Lourie and Raymond Clevenger. “If large swaths of the public cannot afford the fees required to access court records, it will diminish the public’s ability ‘to participate in and serve as a check upon the judicial process—an essential component in our structure of self-government … ’ But we do not foresee the district court’s middle-ground interpretation … as resulting in a level of user fees that will significantly impede public access to courts.”

The suit covers PACER fees paid from 2010 to 2016. It’s unclear how much could be refunded. While the Federal Circuit opinion blessed Huvelle’s approach, the judges also left the door open for her to take a closer look at some of the courts’ expenses if she agrees to do so.

The Justice Department and the Administrative Office of the U.S. Courts did not immediately respond to requests for comment. The government could ask the full bench of the appeals court to take up the case or could petition the Supreme Court for review.

Deepak Gupta, the attorney who argued for PACER users at the appeals court, said Thursday he was “thrilled” with the decision.

“The judiciary’s antiquated paywall inhibits ordinary people’s access to the courts, prevents journalists from covering what the courts are up to, and makes important academic research difficult or impossible. The next step should be to make access completely free,” Gupta said.

The appellate litigator also said it was refreshing to score a win in the case, even though the conduct of the courts themselves is at the heart of the dispute.

“It’s also a testament to the integrity of our federal courts that it’s even possible for private litigants to prevail in a case like this — a class action in the federal courts, challenging the federal court system itself for overcharging people,” Gupta added.

The Federal Circuit hears appeals in an eclectic set of cases, including patents and trademarks, federal employment disputes and certain money claims against the government. While located in Washington, it is a separate court from the better known U.S. Court of Appeals for the D.C. Circuit, which handles most appeals from rulings issued by federal district court judges in the nation’s capital.

A 'war room' that arms Black and Latino voters against disinformation 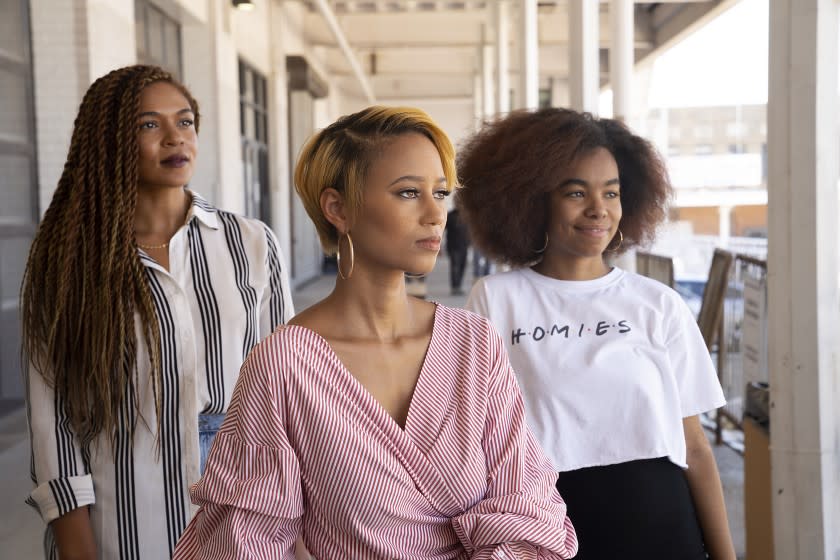