Home Secretary Priti Patel has called on social media companies to “act faster” in tackling racist abuse published on their platforms as Crystal Palace winger Wilfried Zaha admitted admitting he is scared to look at his direct messages.

Patel visited Wembley Stadium on Wednesday where she met with representatives from the Football Association and anti-discrimination group Kick It Out.

She also joined a round-table discussion which featured Palace chairman Steve Parish, whose winger Zaha has been on the end of horrendous abuse.

“We will unite and come together to call out hate and people who hide behind computer screens peddling disgusting racism,” Patel said.

“I have listened and heard about the impact racist abuse and online hate crimes can have on players from the Premier League and grassroots football.

“Hate crimes are unacceptable and we want to see social media companies act much faster to remove the racist content festering on their platforms.”

Zaha was sent racist messages and imagery earlier this month and a 12-year-old boy was arrested in connection with the incident.

West Midlands Police have since released the individual under investigation, but Zaha wants social media sites to do more.

“Even after I reported the abuse from the 12-year old, I reported 50 accounts,” the 27-year-old told CNN.

“And I got racially abused after the stuff that I got before and it’s like, what happens after that account gets blocked?

“For black footballers for instance, being on Instagram is not even fun for us any more. You’re not enjoying your profile because every time I’m scared to even look up my direct messages any more because it could be filled with anything.”

The Home Office said Patel was committed to bringing forward legislation which will place a duty of care on social media firms to protect their users from hate crime on their platforms. An independent regulator will have the power to issue penalties against companies that do not fulfil this duty.

The Premier League has launched a dedicated system where players, managers and their families can report online abuse.

Wed Jul 29 , 2020
The chiefs of four of the biggest tech companies in the world — Amazon, Apple, Facebook and Google — will face lawmakers Wednesday for a hearing on digital competition that could have cataclysmic impacts on an industry largely unhindered by regulators. The grilling of tech titans Jeff Bezos, Tim Cook, […] 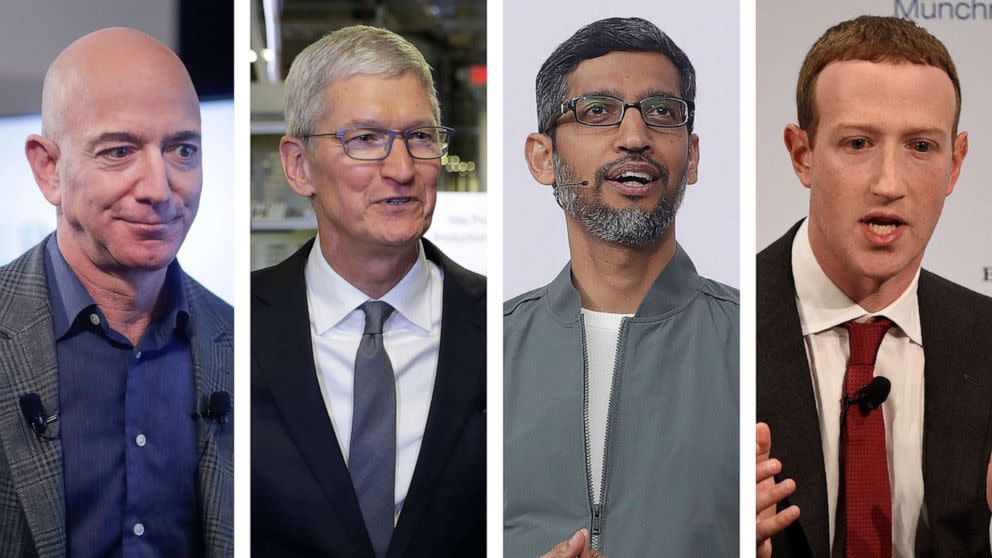