WASHINGTON — Younger children pose a smaller risk of catching and transmitting the coronavirus, a top pediatrician told Congress on Thursday, providing a scientific argument for why elementary schools could potentially open in parts of the country next month.

The hearing was titled “Underfunded & Unprepared,” a sign of how House Democrats, who control the chamber’s agenda, view the matter.

O’Leary, a vice chair for infectious disease at the American Academy of Pediatrics, also cited a South Korean study that, in his words, “showed that children under age 10 were roughly half as likely compared to other age groups to spread COVID-19 to others.” He warned, however, that the very same study found that children above the age of 10 “may spread the virus at rates similar to adults.”

That seems to suggest that while it may be less risky to open elementary schools, high schools and junior high schools may be safer if they continue the same distance learning practices that school districts across the country implemented in the spring.

The push to reopen public schools has been driven by concerns over the quality of online education and also by the disruption to parents, who must often choose between work and childcare. Given that younger children require more supervision for online education, reopening elementary schools could free parents from the relentless childcare duties that consumed them (mothers especially) for much of the spring.

With only about six weeks before schools are supposed to reopen, the nation is undergoing an intense debate about whether it is safe or prudent for that to happen. President Trump has urged all schools to reopen; he has also charged that Democrats want to keep schools closed in order to hamper the American economy through the fall’s presidential election season. He has tried to cajole schools into reopening for in-person instruction, but with unclear results. Florida Gov. Ron DeSantis, a Republican and an eager disciple of Trump, said earlier this month that all schools in the state had to offer in-person instruction five days a week. He has since backtracked on that order while also facing a lawsuit from the state’s teachers’ union.

Penny Schwinn, the education commissioner of Tennessee, testified Thursday that it was important to “provide remote options,” which may be required for students in households with a member facing greater risk of contracting COVID-19, the disease caused by the coronavirus.

Like many states, Tennessee will likely be an educational patchwork come fall, with many districts offering some combination of in-person and remote learning. But Schwinn, the mother of three young children, added, “The most high-quality education happens in the classroom, for students at all levels, but particularly those who are most vulnerable and in our youngest grades.”

Wealthier districts are likely to have greater access to the kinds of technology that make distance learning effective. And wealthier parents can hire tutors to supplement or assist remote instruction. In addition, some students with disabilities require in-person instruction.

The American Academy of Pediatrics issued guidance last month that “strongly advocates that all policy considerations for the coming school year should start with a goal of having students physically present in school.”

But anything resembling a nationwide reopening has been complicated by a recent spike in coronavirus cases, with case counts rising rapidly in Florida, Texas and other states across the South.

O’Leary was one of the doctors who authored that guidance. In his testimony on Thursday, he reiterated its basic arguments, while also emphasizing new research that indicates a lower risk of infection for smaller children. “Younger kids appear to be less likely to get it and less likely to spread it,” he said in response to lawmakers’ questioning.

Like virtually everyone involved in the school debate, O’Leary appeared to suggest that a lack of public health preparation was bound to prevent schools from reopening. “I wish we had more testing capacity in the U.S. That would greatly help matters right now,” he said, referencing testing shortfalls that continue more than five months into the pandemic, despite efforts by the Trump administration and local and state officials to ameliorate them.

Rep. Max Rose, D-N.Y., has called for “pooled testing,” which would allow testing in batches, so that, for example, the students in a single classroom could be tested as one composite sample. If that sample were virus-free, instruction could presumably continue without time devoted to testing each student individually.

In his opening statement, O’Leary called for $200 billion in additional funding for schools, a sentiment echoed by Schwinn, the Tennessee education commissioner. “Absolutely, we want more resources to open schools,” she said.

The hearing took place amid spirited debate about the next round of coronavirus relief funding. Schools will almost certainly receive significant funding to encourage in-person instruction, but just how large that package will be remains unclear. Senate Republicans have proposed $70 billion for schools, about a third of what O’Leary proposed.

Public school teachers and administrators have been mistrustful of federal Education Secretary Betsy DeVos, who they say is an opponent of public education (she is a longtime advocate of charter schools, religious schools and other efforts at educational privatization). They believe that Trump and DeVos are pushing schools to reopen for political and ideological reasons. Trump and DeVos, for their part, level the same charge about the proponents of continued distance learning.

Among those testifying at the Thursday hearing was Michael Hinojosa, superintendent of the Dallas Independent School District, who noted that Texas, among the earliest states to lift lockdown orders, has been battered by the virus in recent weeks.

“Likely, the start of school in Dallas will not only be delayed but will begin largely with online instruction,” Hinojosa said. “The bottom line in this debate is that everyone agrees students must receive instruction. Whether that should happen online, or if and when it can safely happen in person, are open questions.”

Parents are worried too. Among those concerned is Daniel Uhlfelder, a Florida attorney who became an internet sensation in the spring by showing up on the state’s beaches dressed as the grim reaper to warn against a too-rapid reopening of the state. Now he says that Florida is about to make an even more disastrous mistake by pushing schools to allow in-person instruction.

“It’s premature. It’s not safe at this point,” said the father of two young children. “I don’t know how you social distance elementary school kids.”

Thu Jul 23 , 2020
Northport-based artist Scott McQueen was scheduled for nearly 30 shows this year and managed to get a few in before late March brought a wave of shutdowns and new regulations due to the COVID-19 pandemic. He is still holding out for the future and has had to get even more […] 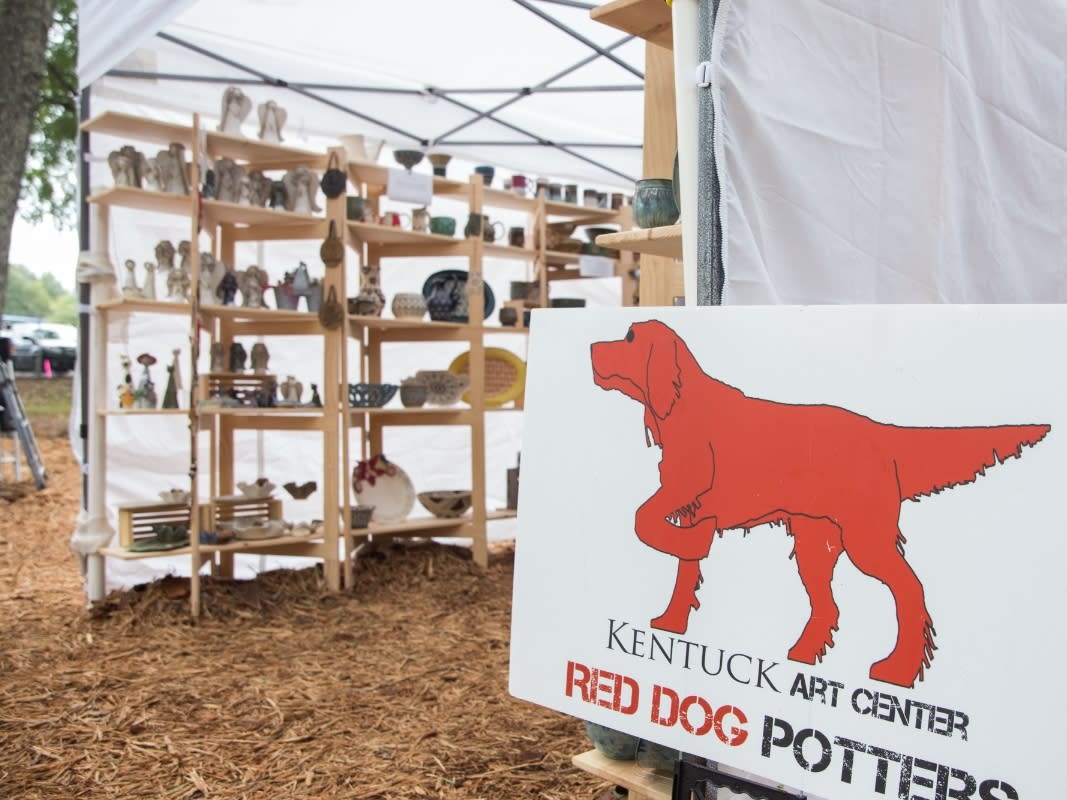