CHICAGO – Millions of parents across the nation are facing difficult decisions about what to do with their kids this school year. But the pandemic affects every family differently, for reasons that range from their socioeconomic status to their health to the fields they work in.

Some parents are in a better position than others to ensure their children stay healthy and keep up with schoolwork, and researchers are raising questions about how the pandemic may continue to exacerbate existing educational inequalities.

“Kids who are disproportionately low-income are at highest risk for learning losses,” said Ariel Kalil, a professor at the University of Chicago Harris School of Public Policy. “When these gaps in learning open up, absent some really serious and sustained intervention, the kids won’t (catch up). That will result in less academic achievement, lower lifetime earnings and even lower productivity in adulthood.”

USA TODAY spoke with more than a dozen families from neighborhoods across Chicago, and many agreed: It’s not safe to send kids back yet. But some parents can afford to hire personal tutors and buy new learning materials for their kids while they stay home from school. Others – in a city where 270,000 public school students are on free or reduced-price lunch, and an estimated 100,000 lack access to high-speed internet – are more concerned about simply obtaining the tools needed to make online learning possible.

‘You can’t fall behind’: Some parents turn to ‘pods’

While most of the largest school districts in the U.S. have decided to start fully online, Chicago so far is planning a hybrid in-person and at-home learning model, with the option to go fully remote. The hybrid plan assigns students to “pods” of about 15 for in-person learning, which would take place two days a week for most students. The other days would be used for e-learning.

As parents weigh options for the coming school year, city officials are gathering input from families in a citywide survey and series of community meetings. The district said Tuesday it did not yet know how many students would opt for fully remote classes. Class is scheduled to start Sept. 8.

Many parents living in more affluent neighborhoods said they were closely tracking the coronavirus situation in the city and didn’t yet feel comfortable with sending their children back to school. Some, concerned about their children falling behind academically and wanting to be able to maintain jobs without much interruption, plan to hire child care or tutoring help.

West Side resident Jeremy Sutton said he and his wife would consider sending their 5-year-old son back to school for the two in-person instruction days, but they are looking into forming a cohort of other students from his 15-person pod to get together on their e-learning days.

“My thought was, ‘Could we find a few other families to do some sort of group?’ If we can’t have school in a classroom safely … maybe we could get three to five kids together and hire somebody to facilitate,” Sutton said. “That would be not as good as being in class, (but) that would be better than nothing.”

What is a ‘pandemic pod’? And what does it mean for equity?

Sutton, a money manager, and his wife, a real estate attorney, are both working from home full time, and work is almost as busy as it’s ever been, Sutton said. They lasted about two weeks into the shutdown before hiring a child care professional to work with their son about five hours a day.

“I’m very conscious of the fact that we are able to do this, and not everybody can. And that’s not really fair and will make problems that are already problems worse,” said Sutton, who formerly served on the board of an education organization in Chicago. “If everybody was going to lose a year at the same time, then that’s fine. The worry is that this isn’t going to happen evenly, and that’s the problem.”

North Side resident Michael Hoffman, vice president of managed care for a laboratory, has two daughters heading into third and tenth grade. Hoffman said he’s not comfortable sending them back to school because he’s not seeing enough coronavirus testing in the city. But he’s concerned about his youngest daughter falling behind and losing her chance of getting into the kind of select high school his older daughter now attends.

For now, he’s working from home, and he can help her with schoolwork. (Hoffman splits childcare 50-50 with his ex-wife.) If his job becomes more demanding, he plans to hire a tutor.

“Especially in Chicago, you can’t fall behind. You just can’t if you want to get into the select schools,” Hoffman said.

Online school? In-person? How parents are making their own fall 2020 decisions

Families affected by COVID-19 hesitant to send kids back: ‘It’s kind of scary’

In neighborhoods with more low-income families and people of color, home to many front-line workers, parents were also hesitant about sending their kids back to school. Many said they knew people who had died from COVID-19.

But for most of these parents, hiring a tutor isn’t a part of the equation.

West Side resident Michele Urbina, a single mom who works security at a CPS school and is in remission for cancer, said she wasn’t ready to send her 14-year-old daughter to school. Urbina said two of her cousins – a postal worker and a medical assistant – have had COVID-19, and her uncle recently passed away from the disease.

“With how the numbers have started to rise again, and the number of cases that are reported daily now, it’s kind of scary,” Urbina said of in-person instruction.

Donicia Young, who has four kids and works at a day care center, said she’s not planning to send her kids to school and has set up a learning area for her kids at home.

“I can’t take any chances with him,” Young said.

Young said her kids love e-learning and that their grades have even improved – although she knows other kids have struggled.

“They’re not disrupted on the laptop,” she said. “I told my kids: ‘You’re backwards.’ But they love it, and they love doing projects online.”

West Side resident Yarimar Nieves said she isn’t in a position to hire a tutor, but has been doing her best to help her kids with online learning. She and her husband, who works as a window washer, have two sons, 10 and 11, who rely on lunches provided by their school. Nieves said the boys have been keeping up with online summer school by sharing a school-provided laptop – one of the more than 100,000 laptops and tablets distributed by the district.

“My biggest concern is safety. That is always going to be my number one thing in my head,” Nieves said.

Nieves said she was concerned about losing access to school-provided lunches if she decided to keep her kids home, but school administrators reassured her the district would continue providing food.

Chicago Mayor Lori Lightfoot also launched an initiative in June to extend hotspot coverage for students in temporary living situations and expand high-speed internet access to students. The $50 million initiative was expected to roll out over the next four years and prioritize families in need on the city’s South and West Sides.

But working families say they have other financial concerns to consider. Rosaura Oquendo, who lives nearby and has custody of her 8-year-old grandson, said she’s been paying for a babysitter while she’s at work part time in the car insurance industry.

“It’s a financial burden for me, but I know for a fact that he’s safe at home,” said Oquendo, who doesn’t plan to send her grandson back to school until there’s a vaccine.

Oquendo said it’s hard for her grandson to focus on online learning. He’s frequently getting up to go to the bathroom or grab a snack. She said he focuses more in school, but she’s skeptical of the district’s current plan.

“If my grandson gets the virus, is CPS going to pay for the test or for me to stay home taking care of my grandson?” she asked.

For some parents, online learning hasn’t been too frustrating thus far. They’ve been able to supplement learning or get extra time with their kids.

South Side resident Kevin Robinson, who manages civilian construction projects and is a union member, said he’s grateful that his work has given him some flexibility to step away and do things with the kids – two girls, 8 and 6, and two twins boys, 4 – during the day. He and his wife won’t be sending their kids back to school because the risk of transmission is “too dangerous,” he said.

“I’m not as worried about the academic side of it. We’ve been buying them books, watching PBS with them, talking to them,” Robinson said. “I’m more concerned about the social side of it. They’re missing out on childhood experiences.”

Southwest Side resident Becca Blue said she’s also been trying to supplement her kids’ schoolwork as much as possible. A freelance florist who typically works weddings, Blue said she’s been out of work since the pandemic began, and the family is relying on her husband’s income as an engineer. She’s all for 100% online learning for her three kids, 14, 11 and 9.

“Even in the e-learning this past spring, we supplemented,” Blue said. “My oldest, I gave him some short stories that I think are must-reads. My middle guy, we’ve been talking a lot about social justice. And my little one, she’s been devouring novels, and we’ve been doing lots of arts projects.”

Claudia Muniz, a West Side resident who works in sales at a bank, said she prefers having her kids – entering eighth and ninth grade – home because she can work alongside them.

“If anything, it’s been better for me because I’ve gotten to spend time with them. As I do work on my laptop, they’re sitting next to me doing work on their laptops doing work,” Muniz said.

Many parents expressed concerns about their children’s mental health and social skills but said the risks of contracting or spreading the virus outweighed the benefits of going back to school. South Side resident Shawn Rogers argued otherwise.

Rogers said he’s not in a position to help his kids with school during the day. Rogers was working as the manager of a French dining restaurant when it closed down due to the pandemic, and now he’s working six days a week cleaning carpets.

Rogers said he’s not too concerned about coordinating child care – he’s used to working that out with his ex-wife – but he wants his two sons, 6 and 8, to go back to school so that they can continue to socialize with other kids.

Rogers said he’s “not too worried” about his kids contracting or spreading the virus if they return for in-person instruction.

“I focus on my kids’ immune system. I make them eat their vitamins, exercise, eat healthy. They climb trees and drink out of the water hose,” he said. “To be honest, I think we may have had it, and it just kind of passed.”

All parents agreed: Whatever preliminary plan they set up for their kids will likely change as the COVID-19 situation in Chicago continues to evolve.

“I feel like parents, teachers, everyone – we’re choosing between three or four really crappy choices, and we’re trying to make the choice that will hurt the fewest people,” said Jenny Ludwig, who lives on the North Side with two kids, 7 and 4, and her husband, a public school teacher. “Everyone I know would agree that it’s an impossible choice.” 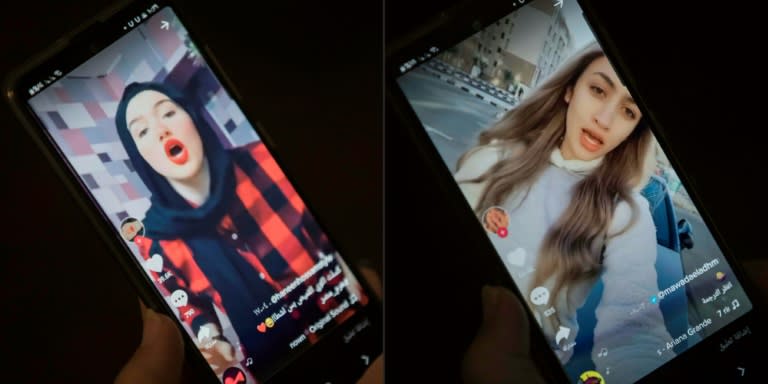