A second economic rescue package is on the horizon, one that will likely include another stimulus check, funding for small businesses and schools, additional jobless benefits and more. But as lawmakers debate the finer points, a critical provision of the first relief package is set to expire.

Federal Pandemic Unemployment Compensation, or FPUC, boosts all Americans’ unemployment payments by $600 per week, automatically. That provision of the $2.2 trillion CARES Act expires July 31 unless Congress acts immediately to extend it.

That deadline is according to the wording of the CARES Act, but the payments effectively end sooner. State unemployment agencies typically operate on a Sunday to Saturday schedule (or vice versa), meaning the last unemployment payment including the $600 bonus will be paid out either July 25 or July 26.

With the clock ticking, that means jobless Americans are likely to see a lapse in their unemployment payments — even if Congress ultimately renews the bonus.

Here’s everything we know about the next stimulus package.

New legislation is expected to reduce the amount but extend the duration of the extra unemployment payments coming from the federal government.

According to GOP lawmakers who spoke to the Washington Post, a new federal unemployment bonus, should one be passed, is likely to fall between $200 and $400 per week.

Negotiations around a second stimulus package are expected to carry over into August — well past the July 25 expiration date for FPUC payments.

Even if Congress were to rally and extend FPUC payments before August, Michele Evermore, senior policy analyst at the National Employment Law Project, explained that states won’t be able to implement new federal payments without weeks-long interruptions.

“What’s going to happen is on [July] 25, states will stop paying the $600 and will have to turn that function off in their computer system,” Evermore told CNBC. “To get it started back up again, it may take a while to reprogram. I’ve been told that even in states with modernized systems, it could still take weeks.”

Approximately 26 million Americans collecting unemployment benefits face a $600 cut in weekly payments. On top of that, those approved for state assistance at the start of the pandemic are beginning to max out those benefits.

Thanks to the CARES Act, 13 weeks of additional Unemployment Insurance benefits are available. The extension isn’t automatic, though. Here’s how to apply.

Residents of Florida and North Carolina, two states that offer only 12 weeks of Unemployment Insurance against the national norm of 26, are already relying on the federal extension, called Pandemic Emergency Unemployment Compensation or PEUC. Evermore said in an interview with The Penny Hoarder that the extension will prove “incredibly crucial,” as more state programs expire in the coming weeks.

We can expect the number of people on PEUC to grow a ton as the crisis drags on and more of the more than 17 million people currently on regular state benefits exhaust their regular benefits and move on to PEUC. 15/

Heidi Shierholz, director of policy at the Economic Policy Institute and former chief economist of the Department of Labor, tweeted that as the coronavirus crisis drags on, more than 17 million people are expected to switch to PEUC.

The coming flood of applicants could clog an already-overburdened system. Adding to that, the Department of Labor advised state unemployment agencies to not automatically enroll eligible people into the PEUC extension program. People currently on Unemployment Insurance can’t pre-register, either.

Eligible applicants must wait until their state-level benefits are fully exhausted before applying for the extension, which by design, could lead to a lapse in unemployment payments.

Here’s How You Can Prepare

All roads lead to lapsed and/or reduced unemployment payments. Expecting the hiccups already puts you in a better position than having to deal with them on the fly.

Here’s what else you can do to prepare:

Weeks ago, many lawmakers were explicitly against additional unemployment benefits and stimulus checks. The landscape looks different now with the pandemic affecting every state, but we’re not out of the woods yet. Act now to get ahead of the curve.

Adam Hardy is a staff writer at The Penny Hoarder. He covers the gig economy, entrepreneurship and unique ways to make money. Read his ​latest articles here, or say hi on Twitter @hardyjournalism.

This was originally published on The Penny Hoarder, which helps millions of readers worldwide earn and save money by sharing unique job opportunities, personal stories, freebies and more. The Inc. 5000 ranked The Penny Hoarder as the fastest-growing private media company in the U.S. in 2017. 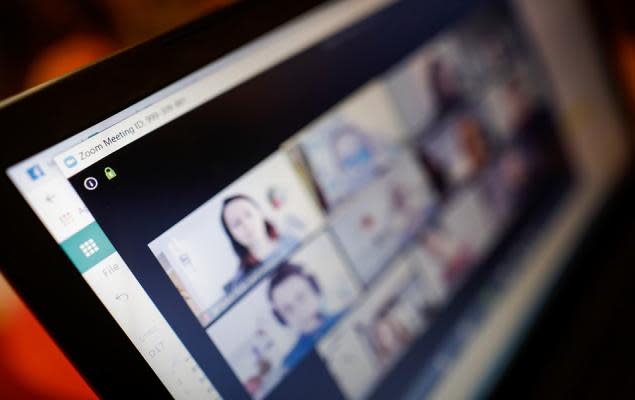