CEDAR RAPIDS — As Jason Allen finished a repair to the 17th pole Thursday, he was more than an hour away from where his Mediacom crew was based.

Allen is one of the many Mediacom broadband specialists coming into the area as part of Mediacom’s all-hands-on-deck effort to restore service as hundreds of Cedar Rapids customers are into their almost seventh week without service.

It’s not a quick process. The Mediacom crew of which Allen was a part spent more than 45 minutes at one address making repairs to a couple poles and lines.

In a day, a six-person crew often gets to 20 to 25 poles, which can get physically taxing. The workers all had at least 25 years of experience.

“Our bodies are feeling it,” Allen said.

The crew Allen was working with Thursday came from north of Waterloo and as far south as Burlington. Some technicians have been in Cedar Rapids for the past six weeks. Others help out on an as-available basis.

“We’re trying not to burn the guys out,” said Corey Bowman, Mediacom area operations director. “Because we need them doing what they’re doing.”

“You can’t get a bucket truck back here,” Bowman said, pointing to one backyard as an example.

Another spot required walking through a four-foot-wide path between fences, with dogs barking at the workers.

The workers carry a 75-pound ladder on their shoulders to the hard-to-reach location.

Any time a tree hits a line, Mediacom has to replace that line.

“We could shoot a signal through it and see if it’s broken, and if the wind is not blowing, it could be fine,” Bowman said.

“If the wind starts blowing and bending that, the connection comes undone. So we won’t know about it until later.”

Bowman said no workers have experienced injuries during the repairs or the derecho itself. Many trucks lost their back windshields.

Mediacom didn’t have a backup plan before the Aug. 10 derecho for communicating when cell towers are down. That will change before the next storm, Bowman said.

“You’d have to drive to certain locations to get a cell signal,” Bowman said. “It was complicated, especially trying to check in with all the guys the day of the storm.”

Crews have been experiencing a wide range of customer interactions. Some have told Allen to “not step foot” on their property. Others are eager to have the crews there.

“They’ll take the fence down for you literally,” Allen said. “Because they want their service back.”

Bowman said Mediacom, headquartered in Blooming Grove, N.Y., is now on to taking on “small-pocket outages” either from the derecho or the cleanup efforts.

“There’s all kinds of situations right now,” Bowman noted. “They’re cutting a tree down and they cut right through the line because they aren’t really looking at it.”

Mary Schlichte, 74 of Cedar Rapids, is one of those customers still waiting for her internet service to be restored. Her husband received a message this week saying it’ll take another two weeks for Mediacom to resume service.

Schlichte said she knows of five other customers still waiting for Mediacom service to be resumed.

Mediacom spokeswoman Phyllis Peters said she believes the number of people like Schlichte affected by the “small-pocket outages” are now in the dozens rather than in the hundreds.

But even after customers have service back, Bowman said it will “take a while” to finish permanent repairs. Many of the repairs over the past six weeks were temporary solutions “just to get back on.”

The permanent repairs will require another outage, but it’ll be more likely to take about an hour.

In the meantime, one of the customers affected by the 17th repair of the day has been in a good mood.

“This lady is happier than Christmas that we got it up and got her going,” Allen said.

Cedar Rapids-based ImOn reported that approximately only 10 of its customers remained without service as of early Friday evening.

CRPF Issues New Guidelines, Bans Use of Smartphones by Staff in ‘High-Sensitivity Areas’

Tue Sep 29 , 2020
New Delhi: The Central Reserve Police Force (CRPF) has issued new guidelines for smartphones and mobile phones, stating that smartphones which store and record data are prohibited in “high sensitivity” areas including places designated or accredited for the processing, handling or discussion of classified information in real-time, conference halls and […] 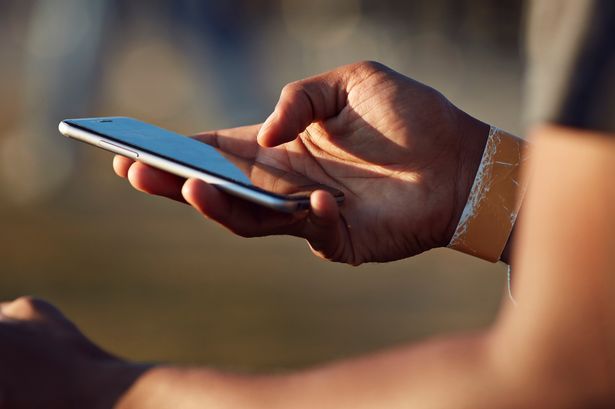