With little more than 100 days to Nov. 3, Maryland’s counties and Baltimore City are short nearly 14,000 election judges and “it’s becoming impossible to fill all of these vacancies” during a pandemic, the state elections board was told Thursday.

“That’s 35% vacancies,” said David Garreis, president of the Maryland Association of Election Officials. “A 35% vacancy rate so close to Election Day … is an emergency for the local boards,” he said.

Garreis told the state board during an online meeting that local election boards are struggling to comply with Gov. Larry Hogan’s order that every polling place open Nov. 3 for a general election expected to attract substantial voter turnout because of a hotly contested presidential contest. A survey of local boards found that 1,386 polling places would be required, Garreis said.

“As everyone knows, without the election judges, it’s impossible for the local boards to open all the polling places,” he said. ”Every day, as the public health crisis increases and the news generally deteriorates, more of our election judges are dropping out.”

The election judges who operate polling places tend to be older, making them at higher risk for devastating coronavirus complications. In other states, some poll workers have fallen ill.

Without the necessary judges — and with another problem of finding enough sites for people to vote — local boards say they may need to consolidate polling places to conserve resources.

Garreis proposed an alternative during the meeting: Ask Hogan to modify his plan of opening every polling place — and accommodate in-person voters instead at “vote centers.” A vote center is typically larger than a neighborhood polling place. The centers would be used for early voting, and then more could be added for Election Day, Garreis said after the meeting.

“Any voter from anywhere in the county could go to whatever vote center is convenient for them,” Garreis said. He said it was uncertain how many would be needed.

Spokespersons for Hogan did not respond to the vote center proposal. Forty-four such centers were used during the June 2 primary because that election was conducted primarily by mail.

For Nov. 3, Hogan proposed a traditional election in which every precinct is open. He also ordered the State Board of Elections to send every voter an application for a mail-in ballot, saying the idea is to give voters flexibility.

Democrats and voter advocacy groups have expressed concerns about the safety of voters and election workers at the polls because of the highly contagious coronavirus.

Hogan, a Republican, this week defended his plan, saying there has been “a lot of misinformation, a lot of partisan politics.”

Garreis, who is also deputy director of the Anne Arundel County Board of Elections, told the state board: “The issues that we’re having are not a partisan issue.” Rather, he said, it is “a logistical issue stemming from a public health crisis.”

“We previously informed the State Board of Elections that we will actively encourage state employees to help supplement staffing needs,” Ricci said in an email.

“The state board needs to provide ample access and opportunity for Marylanders to cast their ballots, whether they prefer to do so by mail or in person,” Ricci wrote. “This is what the law requires, and it is what CDC [U.S. Centers for Disease Control and Prevention] guidelines recommend.”

P.J. Hogan, the state board vice chairman, said he hoped the governor’s administration would “get the word out and recruit state employees to be judges.” P.J. Hogan is not related to the governor.

Garreis said 39,482 election judges will be required statewide. “As of today, we have 13,970 vacancies reported,” he said.

The state board did not reach a resolution Thursday on a plan of action.

“My observation of this board over the years is that if the local boards need something, we’re going to try to make sure they have it,” board chairman Michael R. Cogan said. He said the state board has requested numbers “of what they have and what they need as to each county,” but that local boards have not been consistent in sending that material to the state board “in a timely fashion.”

Fri Jul 24 , 2020
AURORA, IL — More than a dozen Aurora residents have been targeted by two increasingly popular scams, prompting police to issue a warning to residents. At least 10 residents have filed reports with the Aurora Police Department after receiving debit cards in the mail to access unemployment benefits they never […] 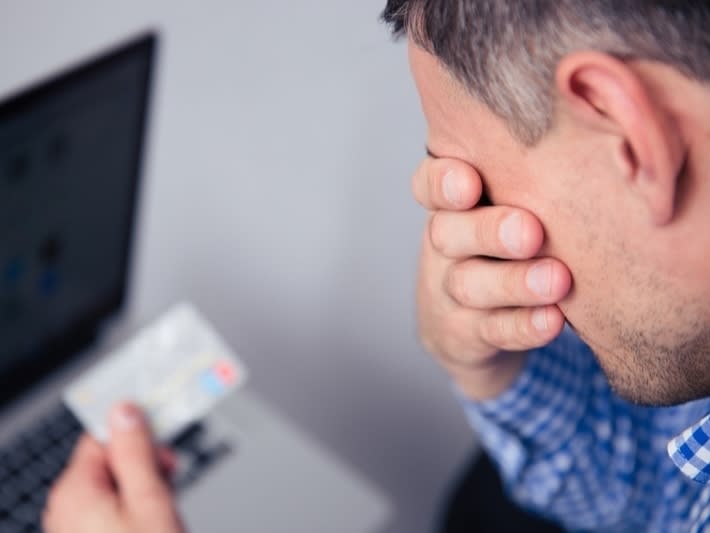