Governments in Africa, internet service providers, and even some of the biggest global tech companies, are working towards the same goal to make internet access cheaper and faster.

Current evidence suggests there is a long way to go as Africa ranks as the regional highest for costs and regional lowest for speeds.

Essentially, having more local points will ensure faster traffic exchanges and translate to better experiences for end users by cutting down on latency. In the absence of local exchange points, the alternative for service providers is to pay higher rates for international exchanges as transit points for content. As Quartz Africa has reported, websites often load slowly in parts of Africa because the content is often being accessed from servers in another continent.

But progress seen in Kenya and Nigeria—home to two of the continent’s most promising tech ecosystems and startup economies—shows the benefits of having more local exchange points.

Over the past decade, both countries have recorded major successes in localizing internet traffic as their existing IXPs have catered to higher traffic capacity, a new report by the Internet Society shows. Nearly 70% of internet traffic in both countries is now localized—up from 30% back in 2012. It’s a rise that’s reflected in the scale of growth in traffic at the local exchange points.

Ensuring a smoother experience for end users on the continent is crucial as smartphone penetration deepens just as participation in the digital economy grows. Africa’s ranking as the youngest continent globally (with even more population growth expected) represents growth opportunities for global tech companies that have increasingly set their eyes on winning over swathes of the hundreds of millions of potential customers expected to come online.

Yet, while an important component, local exchange points remain just one part of a larger, wider system required to boost internet penetration and speeds on the continent. That reality is reflected in the fact that, despite their successes with local exchange points, Kenya and Nigeria still rank in the bottom half of the global broadband speed rankings.

Sign up to the Quartz Africa Weekly Brief here for news and analysis on African business, tech and innovation in your inbox

Sign up for the Quartz Daily Brief, our free daily newsletter with the world’s most important and interesting news.

As voting rolls plunge amid pandemic, progressives try to reinvent the registration drive

Thu Jul 9 , 2020
Tatenda Musapatike is senior director of campaigns at Acronym, a progressive group focused on voter registration. (Kirk McKoy / Los Angeles Times) While some progressives are bullish about the outlook for the November election, Tatenda Musapatike surveys the political landscape and sees masses of unregistered voters who were supposed to […] 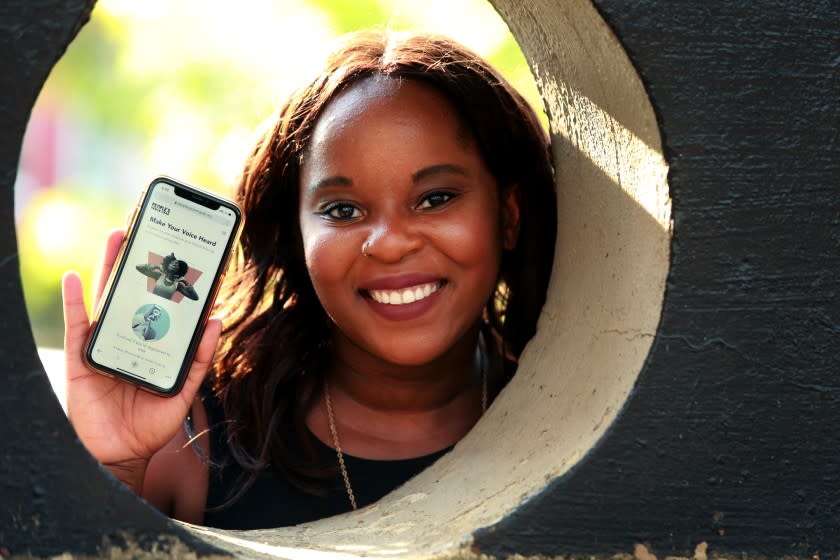