On Last Week Tonight With John Oliver Sunday, Oliver slammed President Trump for pushing baseless conspiracy theories. In the past, Trump has claimed that former president Barack Obama was born in Kenya, Hillary Clinton got millions of illegal votes in the 2016 election, in which she won the popular vote, and he flirted with the conspiracy that the late Supreme Court Justice Antonin Scalia was murdered. Just last week, Trump retweeted a tweet from former game show host Chuck Woolery claiming that the coronavirus is just a big lie meant to hurt Trump’s chances of re-election. The day after Woolery’s tweet, his son tested positive for COVID-19, and after posting that it is indeed real, Woolery’s Twitter account disappeared. Trump defended retweeting the conspiracy.

“I didn’t make a comment,” Trump told CBS News’s Catherine Herridge. “I did. I reposted a tweet that a lot of people feel. But all I am doing is making a comment. I’m just putting somebody’s voice out there. There are many voices. There are many people that think we shouldn’t do this kind of testing, because all we do, it’s a trap.”

“He’s been doing this throughout the pandemic, including just this week, when he retweeted a theory that the CDC and the media are lying about the virus to hurt his re-election chances,” Oliver said after referring to Trump as “one of the most prominent pushers of conspiracies” on the planet. He added, “I would argue he’s not invested in any of the things he’s spreading, he’s only interested in amplifying whatever he thinks might benefit him.”

A 30-year-old COVID patient in Texas died recently after attending a “COVID party,” believing the coronavirus pandemic was a hoax. Just before dying, the patient reportedly looked up at their nurse and said, “I think I made a mistake. I thought this was a hoax, but it’s not.” That’s just one case that highlights the danger of pushing such conspiracies, as Oliver pointed out.

After playing a clip of conservative radio host Rush Limbaugh talking about Trump pushing conspiracies, saying Trump is “just pouring gasoline on a fire and he’s having fun watching the flames,” Oliver responded, “Right now in particular, there is real harm in throwing gasoline on the fire because people are going to get burned, making those flames not quite as f***ing fun to watch. Because make no mistake here, people who have been convinced that COVID was overblown have sometimes paid a steep price.”

In an effort to get people to not believe everything they read on the internet, Oliver enlisted the help of Alex Trebek, Paul Rudd, Catherine O’Hara, Billy Porter and John Cena. Oliver played a mashup of the five of them urging people to think, and check trusted sources, before spreading conspiracy theories online. Their individual videos can be found at thetruetruetruth.com.

Watch this CNN reporter fight back tears recalling a hate crime shooting that orphaned a baby:

For the latest coronavirus news and updates, follow along at https://news.yahoo.com/coronavirus. According to experts, people over 60 and those who are immunocompromised continue to be the most at risk. If you have questions, please reference the CDC’s and WHO’s resource guides.

College Is More Than Classes

Mon Jul 20 , 2020
The COVID-19 pandemic has fundamentally restructured higher education for at least the next semester. Come fall, many college students are yet again facing a life off-campus, sitting in front of a screen. Despite the obvious differences between online and in-person education, colleges and universities are largely set on maintaining — […] 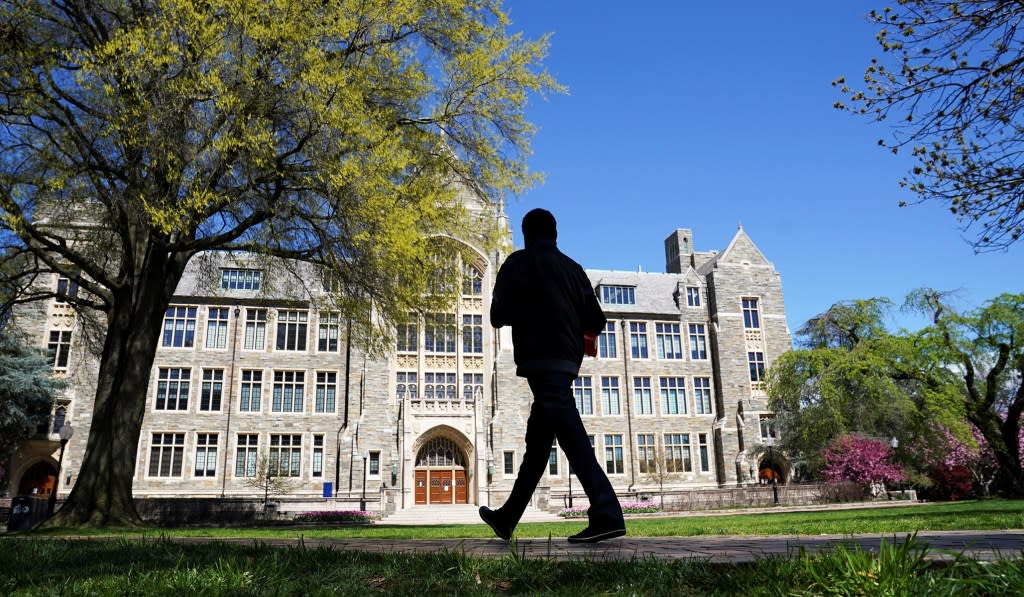