Dry air and wind shear gave Isaias a beating Saturday afternoon, and the weakened storm entered Florida’s coastal waters as a tropical storm with a new, westerly path that could bring it ashore this weekend.

The National Hurricane Center predicted Isaias, inching toward the coast Saturday afternoon at only 10 mph, would have enough time over warm ocean water to re-strengthen into a hurricane before a potential landfall on Sunday.

The latest track still kept the odds of serious damage in Miami-Dade or Broward low, although the closer path upped the odds either county could see tropical-storm-force winds.

There was also still a good chance a “significant number” of Florida Power and Light customers could lose power during the storm, the company said Saturday. Coronavirus complications could delay restoration efforts.

But to the north, the rest of the state’s coastline remained in the cone and at risk for potential landfall or a battering close brush from a system that the National Hurricane Center predicted could regain hurricane strength as it moves northwest and closer to Florida.

But the threat wasn’t enough state or Miami-Dade or Broward officials to open shelters or order evacuations.

Palm Beach County did open six shelters and Brevard County, farther north, was on standby to do so if the storm regained strength later in the day. Despite that, residents didn’t appear anxious about the imminent storm.

In Barefoot Bay, the largest mobile home community in Florida located in southern Brevard County, five-year resident Mary Anne McCarthy and her elderly dad were not going to evacuate but did cover all their windows with shutters.

“You just never know if the breeze is gonna fly. It could change on a dime. We’re not going anywhere. It’s only a category 1. If it’s a category 4 or 5, your house could be gone,” she said.

Another resident, Keith Lanz, said he evacuated for hurricanes Matthew, Irma and Dorian, and sustained a lot of property damage from Matthew, but weren’t concerned about Isaias.

“It’s only a category 1. I’m not even going to put up my storm shutters,” he said.

Though South Florida might escape major damage, Isaias had already left a lot of destruction in its wake and could also threaten much of the eastern seaboard in days ahead.

In Puerto Rico, it knocked out power for tens of thousands and flooded roads in there in the Dominican Republic. At least two deaths have been reporting in the Dominican Republic by el Caribe — a farmer was killed by a falling power line and a 5-year-old boy died after a tree fell on a home. In Puerto Rico, officials are still searching for a 56-year-old woman who went missing after floodwaters swept her car off a bridge, Primera Hora reported.

In Miami, Mayor Francis Suarez and several commissioners said the forecast does not have Miami feeling the brunt of Isaias, but people should still be prepared for the unexpected.

“We are expecting hurricane-force winds slightly to the north, but as I said, that could change,” the mayor said, speaking from the city’s emergency operations center downtown.

Miami’s pools, parks, beaches, marinas and boat ramps were all closed Saturday. Constructions sites were ordered to remove or secure equipment, and restaurants were told to bring outdoor dining tables and chairs inside. The city’s public works crews spent the last few days inspecting and cleaning stormwater pumps systems in flooding hot spots, and temporary pumps are in place in Coconut Grove, Morningside Park and other locations. The city’s drainage system is designed to remove water from streets after storms, but not instantly — heavy rainfall would lead to some flooding around Miami.

“Hopefully this turns into nothing more than a minor event, but we are ready if necessary,” read a statement from the public works department.

Isaias brought a test-run for Miami-Dade’s plans to manage a hurricane during a pandemic. The county didn’t open any shelters, alter its transit schedule or take any major steps beyond closing parks and marinas ahead of Isaias. Saturday’s forecast left county administrators more confident.

“This looks good for Miami-Dade,” said Miami-Dade Count Mayor Carlos Gimenez at said at an online press conference at the county’s Emergency Operations Center in Doral. “You’ll have some wind and some rain.”

Under normal times, a storm emergency would have the center’s main room staffed by dozens of people assigned to stations sharing long tables. On Saturday, the place was relatively empty as the county shifted to a “virtual” center with various county agencies, utilities and local governments remaining at home or from other locations.

Miami-Dade government already had a “ring” of hard-wired communications allowing county computers to connect even if Internet service halts. Frank Rollason, the county’s emergency director, said Florida Power and Light, which usually would have a representative at the EOC during a storm, now has a direct connection to the ring system. “If Wi-Fi were to go down, they would be connected with us,” he said.

“It’s not a perfect system. But with what we’re facing today with COVID’, we’re trying to avoid packing all of those people into the EOC,” Rollason said.

Inside the main room, the county retro-fitted the facility to make staffing safer during a pandemic. Plastic barriers were installed between stations.

On the ceiling, new fans equipped with ultra-violet lights suck in air in an effort to disinfect COVID that may be present in aerosols — extremely light particles expelled when someone speaks, breaths and coughs.

Gov. Ron DeSantis, speaking at the state’s emergency operations center a few miles from the Capitol, declared a state of emergency for the storm this week. He said federal officials have approved disaster reimbursements for damage and costs of the storm.

“This stuff is all very much in flux,” he said. “Even if the eye of the storm stays off the coast, there is of course going to be impacts … so folks need to be prepared for that.”

Here is what Florida will be seeing, according to the National Hurricane Center’s 5 pm. advisory:

Forecasters predict deteriorating conditions starting in the evening and ramping up overnight and into Sunday morning with tropical-storm-force winds more likely in West Palm Beach and Ft. Lauderdale than Miami.

As of 5 p.m., the hurricane center pegged Miami’s chances of experiencing tropical-storm-force winds at 21 percent. Ft. Lauderdale’s chances were much higher, at 71 percent, but the real risk appeared to be in West Palm Beach, which had a 90 percent chance.

“The flood threat would be isolated to vulnerable areas around the coast. We’re not expecting a widespread flood along Miami-Dade County,” he said. “It’s going to be a bigger concern for Broward and Palm Beach than our area because the motion of the storm moves northwest a bit.”

He also noted the storm was moving slow with no expectations of a stall anytime soon, and its projected path kept it well off Miami-Dade’s coast. Bhatti added that the western end of the storm appears to be dryer and facing more shear, which was good news for South Florida.

The hurricane center said Saturday morning that North Miami-Dade to Jupiter could see a storm surge of one to three feet, with points north to Ponte Vedra Beach getting up to four feet.

7 Penny Stocks for the Valiant Investor

Sun Aug 2 , 2020
Penny stocks are notoriously risky investments because they’re often speculative in nature. With that said, investors who are willing to take on a relatively high level of risk could find them to be a good way to play the current market uncertainty. With the novel coronavirus still looming and equity […] 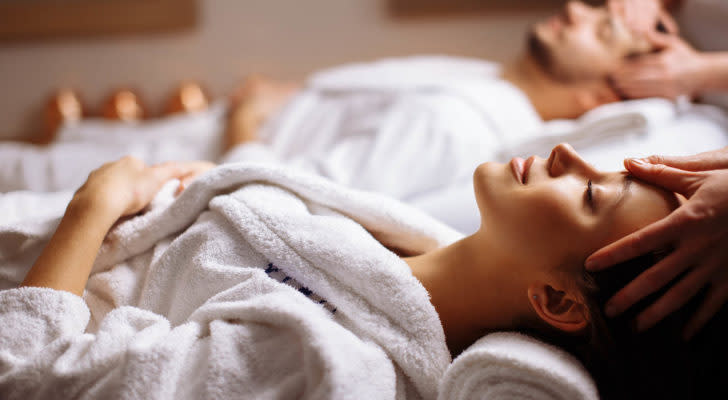