© in beTWEEN
Watch: The young politicians spoke to in beTWEEN

An interview with Jacinda Ardern and Simon Bridges from a decade ago has resurfaced online, showing the two young up-and-comers discussing what politics and Parliament is like.

The clip is from the show in beTWEEN, a TV show aimed at nine to 13-year-olds. Bridges and Ardern feature on a 2010 episode all about politics – while Ardern was still a Labour list MP and Bridges just the National representative for Tauranga.

The two fresh-faced politicians joke about debates in the House, with a 30-year-old Ardern saying they usually sit behind a table so she can “kick Simon in the shins”.

“My legs are covered in bruises!” he laughs.

Bridges says his first experience of politics was watching people in his neighbourhood put up election hoardings.

“I was walking along the street and I saw some guys before an election putting up some signs and I thought I wanted to be a part of that,” he tells the hosts.

For Ardern, it was gender equality that spurred her career.

“I ran for the school Board of Trustees because I thought girls should be able to wear pants as their school uniform – so that was pretty huge,” she said.

The excerpt was shared on social media where commeters remarked just how young the two MPs looked.

“Ah, the optimism & malleability of youth before it’s beaten into a hardened & inflexible shape on the anvil of parliament,” wrote one person.

“God Simon looks so pleasant and relatable, the kind of guy I’d like to have a beer with,” said another.

Fri Aug 28 , 2020
The new NHS Test and Trace app won’t work unless the vast majority of the country installs it and even then social distancing will still be required, a new study claims. The NHS app launched in the Isle of Wight last week as a pilot scheme, with users urged to […] 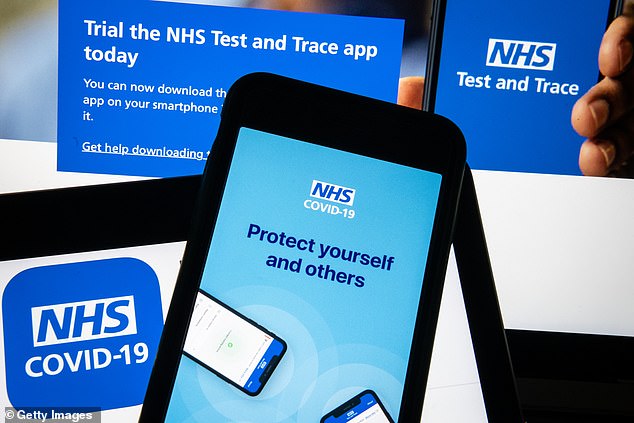