The BBC’s weekly The Boss series profiles different business leaders from around the world. This week we speak to Rwandan fashion designer Joselyne Umutoniwase.

In 2010, Joselyne Umutoniwase took a bold decision. She had been working as a film editor for five years but decided to follow her dream of becoming a fashion designer.

She made her first fashion collection and when she travelled from her home in Rwanda to Germany for a film scholarship, she took two suitcases stuffed with tops, skirts and dresses.

“The young Germans were fascinated about the style and the colourful African wax prints,” she says.

She sold the whole collection in three months.

“I didn’t know that I could earn serious money with selling my own creations,” she says from her business in Kigali.

Her German experience gave her enough confidence and a bit of financial help to make a career change.

Clothes captivated Joselyne, as she grew up in a middle-class family in Rwanda’s capital.

She bought cheap second-hand items nobody wanted, she says. “I separated all the parts to find out where the seams were and how these clothes were made.”

But with many items coming into Rwanda from China and India, she didn’t see it as a career, and instead studied film and, to keep her parents happy, IT.

Both her father and her uncle own several businesses. This inspired her to start a small hair-braiding outfit during high school.

But their experiences also showed her how things could go wrong. “I became very frustrated as a child, when my father had to close his butchery business because his business partner ran away with all the money.”

Getting money together was also a challenge for her, as banks didn’t want to provide Rwanda Clothing with a loan.

“Fashion was an industry that nobody took seriously at that time,” she says, and from the banks’ point of view, “me as a 24-year-old woman being the founder wasn’t very convincing either.”

However, she had met lawyer and investor Roman Schulz during her 2010 visit to Germany. He was excited by her creative work and natural talent as a designer, believed in her and later became her business partner and husband.

They put $10,000 of savings together and she hired her first staff.

She does admit to making a few errors. For instance, her first two fashion shows.

“This was good and important but I didn’t necessarily need 25 models, a stage, free drinks and to invite a VIP. I could have done this in a more clever and cheaper way,” she says.

“Joselyne always has an entrepreneurial aptitude and ambition above and beyond,” says Alice Nkulikiyinka, country director of Business Professionals Network Rwanda.

In 2018, one of Joselyne’s biggest dreams came true when she was invited to the Milan Fashion Week.

“It was a victory to be there,” she says. “It felt like such a recognition for my work to present my collection on that catwalk.”

She says she would love to start selling internationally through an online shop but logistics make this a challenge.

“I wouldn’t be able to afford customers sending items back,” she says, which is hard to avoid in fashion.

She now plans to start an internet shop in Europe for homeware items and fashion accessories like scarves, pillows and bags. But she’s mindful not to forget her early clients.

“When you grow too quickly and disappoint existing customers, you can ruin your business.”

But her plans have been put on hold due to the coronavirus crisis.

“We were forced to shut down during a total lockdown of 45 days. And although the government has eased the lockdown recently, customers are still shying away.”

Her tailors are working in shifts to maintain distance, she says.

“In Rwanda, we are used to challenges. It forces us to be extra creative, learn to find other solutions and come up with new ideas.”

Joselyne and her family had to flee by foot during the Rwandan genocide in 1994 and she lost both her grandmothers, several uncles, aunts and cousins.

“I only have some blurry memories as I was only six years old and I might also have filtered some experiences as it was such a traumatic event,” she says.

“In the following years, I remember being so obsessed about the story, [thinking] ‘why has this had to happen to my country?'”

Early on, she wanted to leave Rwanda entirely.

“It was too painful to know that such a thing could happen in my country. And I was afraid that it would happen again. You don’t feel safe for a while and you don’t trust anybody.

“But at some point, you decide to have peace with it. Whatever you do, you cannot really change this situation.

“I also saw new roads being constructed, new houses being built. I saw the country being repaired. And the positive thing is, after such a tragedy, people really want to live.”

How To Get Into Columbia Business School 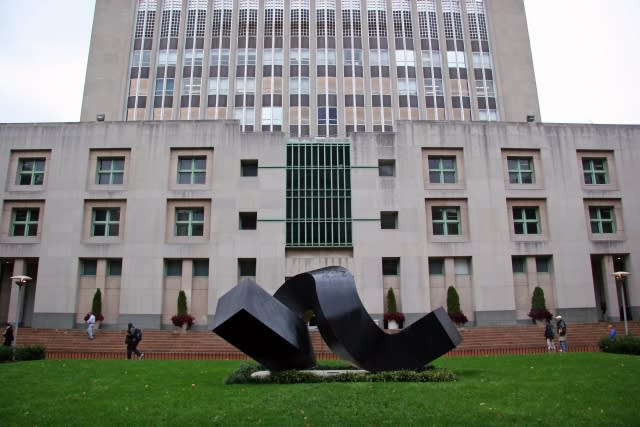