The phrase “medical tourism” might make you think of getting dental surgery in Mexico or plastic surgery in the Dominican Republic, where the procedures are cheaper than at home. Traveling abroad to give birth? Probably not the first thing that comes to mind. But that’s exactly what I did.

Three years ago, armed with a medical tourist visa and a letter of clearance to fly from my doctor, I traveled from my home in Kathmandu, Nepal, to Bangkok at 36 weeks pregnant, to give birth.

Unlike some medical tourists, I wasn’t flying to another country to save money or to get an elective procedure unavailable at home. I chose to give birth in Thailand because, given my circumstances, it was the safest option.

I had been living in Kathmandu for about a year when I got pregnant with my then-boyfriend (now husband), a local man. Kathmandu was home. The intense air pollution, gridlocked traffic, and frequent power cuts and water shortages did make life there challenging at times, but they usually didn’t overshadow the many good things: the ancient culture and architecture, the strong sense of community among locals and expats alike, the thriving but intimate arts scene, the incredible travel opportunities within the country, and the highest mountains in the world, lying just beyond the northern rim of the Kathmandu Valley.

That’s all to say: I loved living in Kathmandu. I wasn’t nervous about being pregnant there. Not even when my doctor laid out my birth options at one of my earliest pregnancy checkups: “I advise every woman who has the means to leave Nepal for the birth to do so.”

Nepal’s medical system is limited, and while several clinics in Kathmandu offer high-quality care (for a high fee), my doctor couldn’t recommend any birth services. In particular, she warned about the unavailability of certain drugs and a general lack of a pro-woman outlook on birth. Cesareans are performed much more often than the World Health Organization recommends, and cases of mistreatment of women in labor are frighteningly common.

My partner’s mother had given birth to five kids in a village without electricity, and she and the kids were all fine. I didn’t want to be a spoiled expat who thought she deserved a different level of care than the local people. But my doctor’s advice gave me pause.

I knew other foreign women in Nepal who’d left to give birth. Some had gone home, some to other neighboring countries. I also knew of wealthier Nepali women who had done the same. The only foreign women I knew who hadn’t left to give birth weren’t in a financial position to do so. The women who left had a similar refrain: “I knew I wouldn’t be able to forgive myself if something happened to my baby in Nepal that could have been prevented if we’d left.”

Ultimately, I did have the means to leave. I was a couple of years into a freelance writing and editing career, and while I certainly wasn’t rolling in money, I had good medical insurance and some savings.

Returning home is the obvious option for many women (except Americans I knew, who would be uninsured). As a New Zealander, I could access birth services there for free. My dad had a large house, and was more than happy for us to stay with him for as long as necessary.

This plan would require traveling from Nepal to New Zealand in the second trimester of pregnancy, as doctors generally won’t clear women to fly long-haul in their third trimester, and airlines won’t take them without medical clearance. First, we’d need to get my soon-to-be-husband a New Zealand visa. Since he was my genuine partner, and we had a baby on the way, I figured this would be straightforward.

I figured wrong. There’s nothing straightforward about getting a Nepali passport holder a visa to any Western country, under any circumstances. I had sorely underestimated the amount of documentation we had to supply. His visa application was declined on the grounds that there wasn’t enough proof we were actually a couple. Receiving that email a few days after our wedding was a punch in the gut.

I was five months pregnant by that point, so there was no time to put together a more robust application, try again, and still be able to travel in the second trimester. Cue plan B.

My doctor advised traveling to nearby countries with better medical facilities than Nepal. The only real options were Delhi and Bangkok, the only cities that a) had good facilities, b) would let both me and my partner stay there for around two months, and c) were less than a four-hour direct flight from Kathmandu.

Assuming my unborn baby and I remained healthy, we’d be cleared to fly short-haul in the third trimester. Pushing too close to the due date was risky, because many babies are born before full term. But going too early would mean unnecessary waiting around. My doctor recommended traveling at 36 weeks, a month before my due date.

My pregnancy had been easy and low-risk, so I wasn’t overly concerned about my baby coming early, but I had to accept that if she came before 36 weeks, she’d be born in Kathmandu.

A couple of weeks before we planned to travel, confident we’d get my doctor’s approval to fly, we booked tickets and an apartment in Bangkok, and got a tourist visa for my partner and a medical visa for myself. A few days before the flight, I got the approval from my doctor to show the airline, and we were off.

As much as I love Kathmandu, the stifling heat, dust, pollution and humidity of the pre-monsoon months were really taxing during the last weeks of my pregnancy. Road construction near my apartment meant that stepping outside was like running a muddy obstacle course ― a challenge for anyone, let alone a heavily pregnant woman. For several days we were without running water, power or internet because of the roadworks. At least it was mango season.

It was a relief to arrive in glittering Bangkok, where we stayed in an air-conditioned apartment with a pool. The private hospital I’d selected (and that my expat health insurance paid for) was like a hotel with medical facilities, and I felt good about the decision to come here.

We thought we had at least four weeks to await our daughter’s arrival, but she came two weeks early. I ended up needing an emergency cesarean after some last-minute complications showed up on an ultrasound.

That was a bit ironic, considering one of the reasons I’d left Nepal was to avoid an unnecessary cesarean birth. But I wasn’t against them in principle, and I don’t believe the cesarean was unnecessary in my case. I’ve wondered whether, if we’d stayed in Nepal, the complications that prompted the cesarean would have been caught in time. I’ll never know, but I’m confident that going to Bangkok was the right choice.

The surgery and my recovery afterward were textbook successes, and our little family retreated to the comforts of our small Bangkok apartment after the birth. But the headache of international logistics wasn’t over yet.

When I tell people my daughter was born in Bangkok, I’m usually asked whether that means she has a Thai passport. No, it doesn’t. Only the children of Thai nationals can get Thai passports. She has a Thai birth certificate, but she’s not a Thai citizen.

With a Nepali father, she’s eligible for Nepali citizenship, but Nepal doesn’t allow dual citizenship, so we decided not to get her a Nepali passport. As it’s one of the weakest passports in the world, it didn’t make sense to choose Nepali citizenship for her, above the other options. I’m a dual British and New Zealand citizen, and now my daughter is too.

I’m more connected to New Zealand, so it was most important to get her that passport first. But New Zealand can’t supply these from Bangkok, so we had to apply online and await a DHL delivery. We didn’t know how long this would take, and although the guidelines suggested two to three weeks, this timeline wasn’t guaranteed.

Because our daughter was born two weeks early, we had a bit more time up our sleeves. But since my husband was Nepali, his tourist visa couldn’t be extended beyond two months, under any circumstances. My medical visa could be, but that would leave me alone in Bangkok with a newborn, still recovering from having my abdomen cut open, while waiting for her passport to arrive.

If she had been born on time or late, there would have been a very real risk that my partner would have to leave us there. Fortunately, her passport arrived even quicker than we expected. We returned to Nepal, together, when she was 4 weeks old.

I wouldn’t wish the complicated logistics of my pregnancy on any woman, but being a birth tourist in Bangkok was a great experience. I wish every pregnant woman had access to such reassuring care. I wouldn’t hesitate to travel to Bangkok on a medical visa again, but perhaps I’ll keep it simple next time. Dental work sounds good.

Do you have a compelling personal story you’d like to see published on HuffPost? Find out what we’re looking for here and send us a pitch!

Love HuffPost? Become a founding member of HuffPost Plus today.

This article originally appeared on HuffPost and has been updated.

How to sell your smartphone

Tue Jul 7 , 2020
With an endless parade of new smartphones hitting the market every year, the temptation to upgrade is strong. And while the rate of smartphone replacement has lengthened to 33 months according to the Strategy Analytics, you may have some devices lurking around in your closet or drawer that others are […] 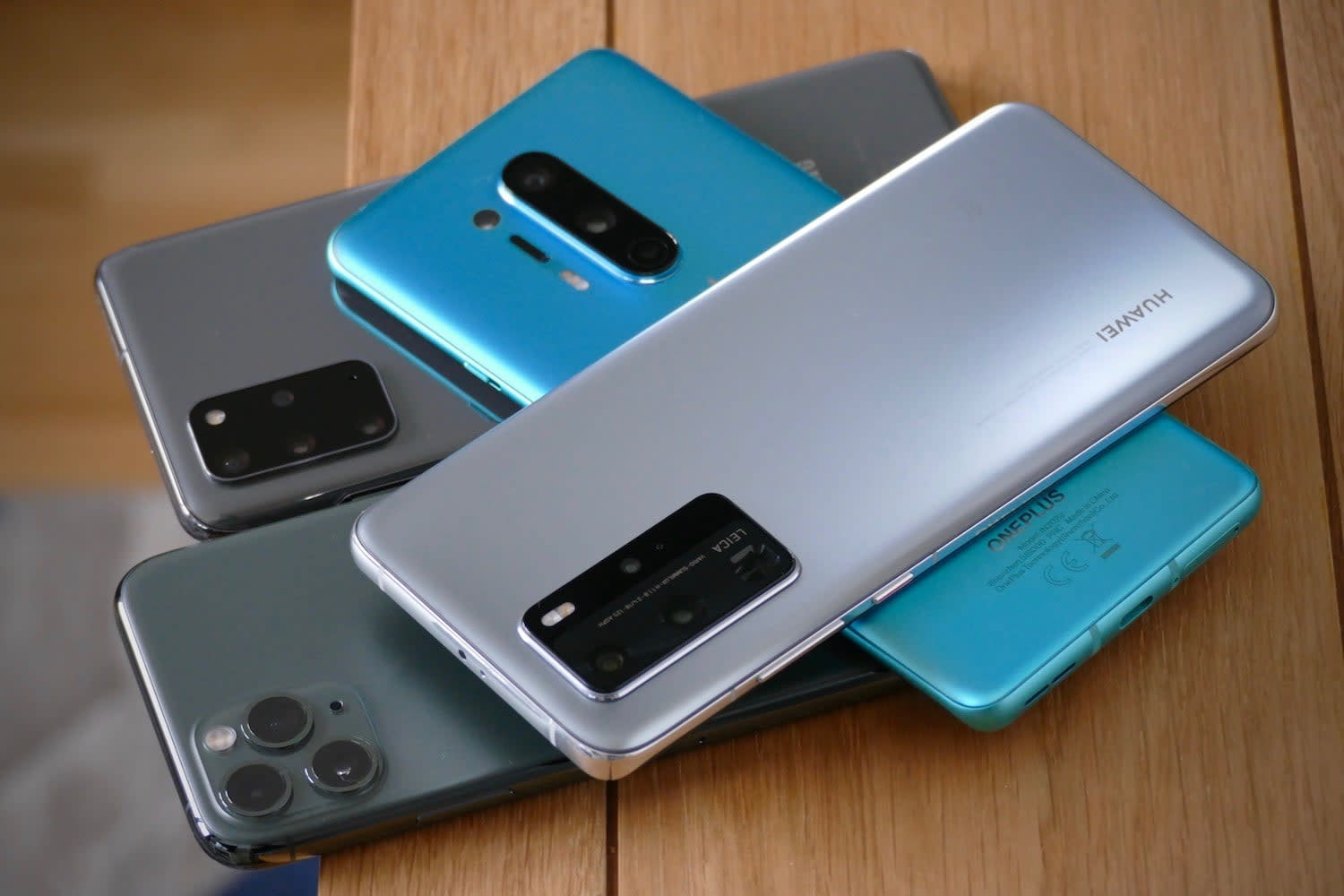