The U.S. Federal Trade Commission, which enforces the Children’s Online Privacy Protection Act, or COPPA, and the Justice Department, which often files court actions for the FTC, have opened a preliminary investigation into the matter involving the China-based video-sharing app.

Under rules dating to 1998 legislation, COPPA requires websites to get parental permission to collect data on children under the age of 13. Websites or online services are also expected to ban third parties from collecting the data.

COPPA also applies to mobile apps, gaming platforms and internet-connected toys, among others.

Under pressure from the FTC, TikTok, owned by China’s ByteDance, agreed in early 2019 to pay a $5.7 million civil penalty for violating COPPA by collecting kids’ first and last names, phone numbers, email addresses and pictures.

In a bigger settlement, highlighting that TikTok was not alone, Alphabet’s YouTube agreed in September 2019 to pay $170 million to settle allegations it too violated COPPA by tracking kids online.

Under COPPA rules, the definition of personal information ranges from the least sensitive, like street addresses, to the most, such as Social Security numbers. It also includes photographs and videos. Tracking a child as they travel from website to website online also counts as collecting personal information.

The FTC has approved of several companies’ methods for providing age verification for websites. Some will ask a person’s birth date, and toss them off the site if they are not 13 or older. They also often make it so that the child cannot change the date to gain entry, said John Verdi of the pro-privacy Future of Privacy Forum.

To comply with COPPA, companies are expected to post a privacy policy that is easy to find and clearly describes what information is collected and how it is used.

Trump has zero understanding of what it will take to safely reopen U.S. schools

Wed Jul 8 , 2020
High school students and their teacher in Cascais, Portugal, wear masks on their first day back in school on May 18. (Horacio Villalobos / Corbis via Getty Images) President Trump wants to have it both ways: He is pressuring U.S. public schools to reopen, citing nations such as Germany, Denmark […] 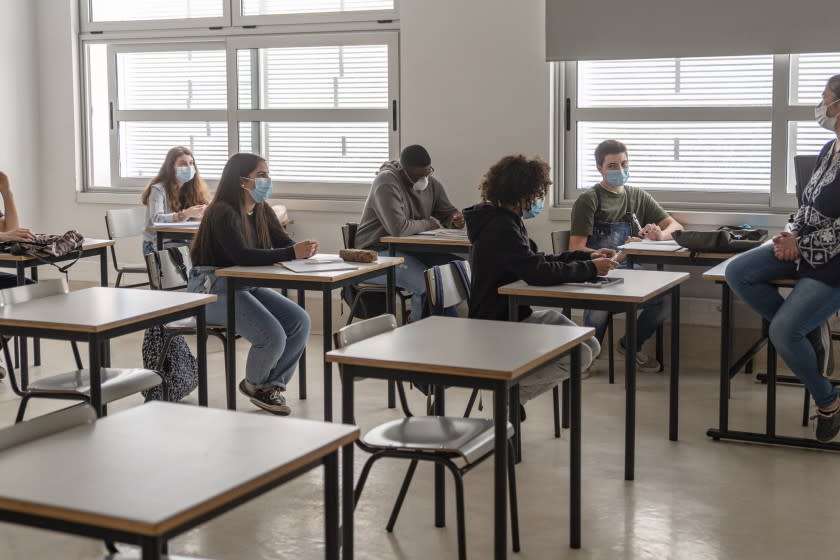