Millions of people have lost their jobs during this period of economic downturn. I am one of them. If you’ve never been laid off before, it sucks. I spent the few hours after the Bad Conference Call in a state of numb shock, an inability to think concrete thoughts disturbed only by the occasional sense that that the past two years I’d spent at my job had been a waste. And so, with nothing to do and a whole lot of newly free time with which to do it, I decided to start playing online poker. Call it a self-flagellatory instinct: I’d just been brutally and arbitrarily punished by the free market, so it was high time to jump into a game that Danish economist Ole Bjerg refers to as a “parody of capitalism.”

I had never really played before, I’m bad at math, and the one skill I picked up as a journalist that could potentially translate to poker success—an ability to read people—was negated by the fact that I was sitting in front of a computer screen. But this was the early stages of coronavirus lockdown, during which epoch-making historical events were happening in the most boring way possible. Playing a game where you can actually lose actual money is perhaps a cry for help, but it is not boring.

So I started playing Texas hold ‘em for miniscule stakes—think games with $2 or $5 buy-ins, $10 if I was feeling extravagant—as I worked to develop a sense of feel at the digital tables. The best poker players are wily and unpredictable, like Jackie Chan in The Legend of Drunken Master. I was unpredictable too, but in a bad way, like I was actually drunk. It took approximately four hands for my opponents to figure out how to exploit whatever ill-advised bet I was making, or to bully me out of hands I could have won.

Learning poker costs money, but that’s a good thing. When there’s a financial penalty, even a small one, attached to making a mistake, the psychological impact is profound. You screw up a bunch, but it’s rare you screw up twice in the exact same way. I learned how to assess the strength of my hand and how to gauge that of my opponent’s through their betting patterns, when to press my advantage and when to hang back and observe. I began to contemplate whether I had accidentally, nihilistically stumbled into something that was good for me—even if that new thing was, as it were, a “vice.”

“Poker isn’t about money,” said Maria Konnikova, a New Yorker writer whose new book The Biggest Bluff chronicles her unlikely path from poker novice to the highest ranks of its professional tier. There is money present in all serious poker games, sure, but it’s mostly just a way for players to keep score. Instead, she told me, “It’s about the process. It’s about decision-making. It’s about skill. That’s what makes the game beautiful.” The Biggest Bluff essentially functions as a book-length argument that poker ought to be treated with the same level of seriousness that we usually reserve for other mentally demanding games such as chess or Scrabble. She believes that poker should be taught to children.

Konnikova studied under a veteran pro for a year with the goal of competing at the World Series of Poker; after that, she just kept going, winning her first professional tournament (and $84,600) six months later. She hired a mental coach, who helped her hone her ability to make decisions under pressure, as well as understand the bounds of what she could and could not control. (“Therapy on steroids.”) She got sponsored, placed second at a tournament in Macau, and finished in the money at her second World Series of Poker. “It seemed surreal the whole time,” she says.

My own journey has been significantly less auspicious. I’ve switched from playing cash games, where players can come and go as they please, to competing in tournaments. “Cash games are War and Peace,” Konnikova writes in The Biggest Bluff. “You’re a thousand pages in and still no closer to finding out how the battle resolved itself.” When you’re betting for pennies each hand, players can and do continually refresh their chip stacks and sit at a table forever. “Tournaments are far more Shakespearean in nature. You’ve barely hit act three and half the cast is already dead,” she writes.

Tournament play forces you to take risks. It’s not enough to fold every hand, holding out hope that the dealer blesses you with a pair of kings. You’ve got to play with what you’ve got, both working to lure your opponents into bad bets that cause them to fold even when your hand isn’t perfect and attempting to maximize your winnings when you’re sitting on a potential gold mine of a hand. But even when you play everything perfectly, the unexpected can always happen. The critically acclaimed but apparently hard-to-monetize website you work for might go under. The three sevens on the board and two jacks in your hand mean nothing if the person across from you is sitting on a statistically-improbable pair of queens.

After playing enough, I learned to not take these situations so personally. I made the best decision that I could given the information that I had, and if something goes wrong, so be it. Around the time I got bounced from a tournament after going all-in on pocket aces—the best starting hand in the game, the kind of thing that you’re messing up if you’re don’t play aggressively—I began to consider that maybe getting laid off wasn’t my fault. It’s not like I took that job knowing that a global pandemic would send the economy into a death-spiral; maybe taking that job was a good bet that fell victim to an unlucky draw.

“In some ways, poker made me more meditative, more mindful, more zen,” Konnikova told me. “It’s so liberating to let go of the outcome rather than dwell on it and replay it over and over in your mind and say, ‘What did I do wrong? What happened? Why did I lose? Am I a bad person? What did I do to deserve it?’ But those questions don’t matter,” she said. “In poker, all I can do is focus on the things that I can control.”

On the first episode of Airplane Mode, Annie Duke talks about why being wrong and learning to live with uncertainty can help you make better bets.

Thu Jul 16 , 2020
Cozy Bear, also known as ATP29, is among the world’s most infamous hacker groups, which over the past decade has been linked repeatedly with a string of high-profile attacks. To cybersecurity experts well versed in the dark arts of hacking, it will come as no surprise that the blame for […] 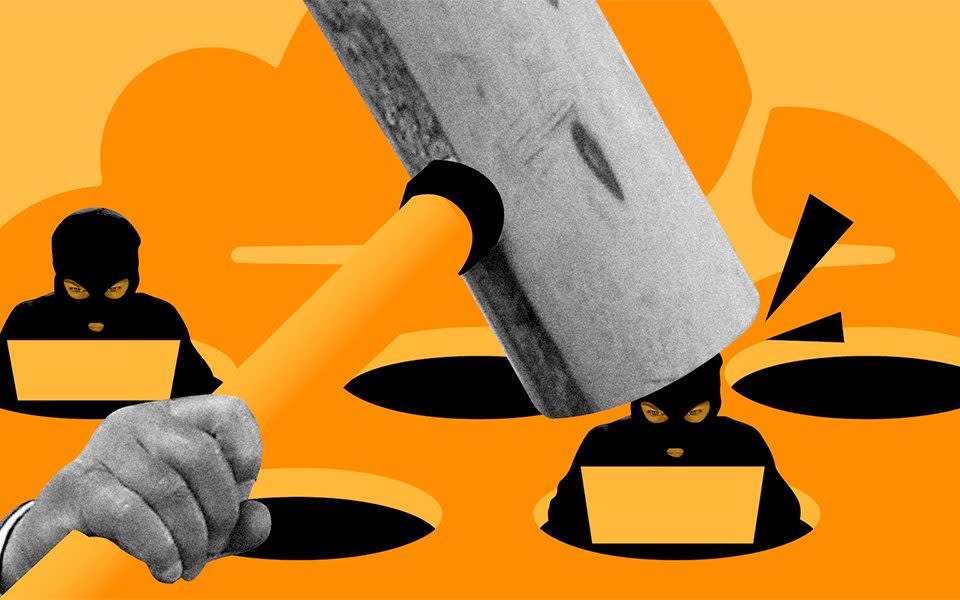