The claim: Expensive products on Wayfair are coded listings for missing children being sold in a human-trafficking scheme

The internet has been gripped with a conspiracy theory this month as thousands of viral posts allege that online furniture firm Wayfair is involved in a child sex-trafficking operation.

“So wayfair has third party vendors that are HUMAN SEX TRAFFICKING on their website,” various social media posts have alleged. “There are items like throw pillows, cabinets etc. priced at 10-20,000 dollars and named after missing girls. PLEASE BE CAREFUL!!”

Posts point to the high prices of items like pillows and dressers as evidence that the products are secretly fronts for child trafficking. Theorists further note the names of some of the dressers, which are allegedly the same children who have gone missing over the past few years.

Some users also allege similar activities occur on other e-commerce sites like and Amazon, Etsy and Walmart. Others claim the scandal can only be tracked by using the Russian search engine Yandex.

WAY FAIR IS TRAFFICKING CHILDREN IN FRONT OF PEOPLES FACES if you go to wayfair, search any item like throw pillows or cabinets, sort it from highest to lowest and you’ll see mediocre household items you could get on etsy, but these are

Posts have tried to link the Clinton and Gates foundations, Ellen DeGeneres and George Soros, among others, to the alleged conspiracy. Posts have also attempted to link Wayfair to Ghislaine Maxwell, the ex-girlfriend of deceased sex trafficker Jeffrey Epstein.

Wayfair has denied claims of its third-party vendors being connected to child sex-trafficking. The claims rely on anecdotal and contrived evidence. Many of the claims of missing children connected to the products have been debunked while other assertions are unfounded.

The Wayfair conspiracy theory began when Reddit users began agitating about the high prices of certain furniture items on the site.

While thousand-dollar price tags for pillows, dressers and other household items look exorbitant to most people, products with similar pricing have been listed on Wayfair for years.

In addition to expensive, high-end products being common on the site, Wayfair prices are largely determined by algorithms that adjust the price of a product in real-time. This practice, common among e-commerce giants, can lead to spikes in costs like the glitches seen on other online services like Amazon and Uber.

“There is, of course, no truth to these claims. The products in question are industrial grade cabinets that are accurately priced,” Wayfair said in a statement to USA TODAY.

“Recognizing that the photos and descriptions provided by the supplier did not adequately explain the high price point, we temporarily removed the products from site to rename them and provide a more in-depth description and photos that accurately depict the product to clarify the price point,” the company continued.

Many of the products in question have been removed, while the prices of others have fallen in the wake of the controversy.

Claims that Maxwell appears in a photo with Wayfair’s “president of operations” are also untrue. The picture in question is a 2003 photo of Maxwell with George Bamford, the head of a luxury watch company, according to the Associated Press.

Wayfair also does not have a “president of operations” position in the company.

MediaWise, a Poynter Institute fact-checking operation, found that of the six most widely circulated claims of allegedly missing children, only one – Yaritza Castro – is still missing.

After that thread about @wayfair 👇, we received tons of replies from people that felt our reporting wasn’t as thorough as it could have been, so we did some more research to get to the bottom of it. https://t.co/V4nJgPP505

Some of the children who were deemed missing responded to the claims in viral videos, exasperated that people were spreading misinformation about their abductions.

“Why am I mad? Because I’m not missing,” Samiyah Mumin, one of the allegedly missing girls, said in a Facebook live video. The Ohio Attorney General’s Office confirmed Mumin was found after being reported missing for a four-day period in May 2019 and has not been reported missing since, according to the Associated Press.

Other viral posts have claimed that the Russian search engine Yandex returns images of missing children if a user enters a product’s number into the search. In fact, Newsweek found that almost any search on the site would result in photos of children, indicating an issue with the search engine’s algorithm rather than an insightful tool for combating human trafficking.

“I think the real answer here is that people are unwilling to see trafficking as it actually happens yet are eagerly willing to make up stuff about it,” Bridgette Carr, a professor of law at the University of Michigan and head of the Human Trafficking Clinic, told USA TODAY.

“Can we see the effects of labor trafficking on Wayfair? Yes! Who is making the really cheap throw pillow or furniture that’s arriving at your home in Amazon boxes? Those are the real questions that need to be asked not just about Wayfair but about our broad consumption of cheap goods and services,” Carr said.

In 2017, about 152 million minors globally were engaged in some form of child labor, of which about 73 million were in hazardous labor, according to the Department of Labor. The department also maintains a list of goods produced with forced labor that includes furniture, clothing apparel and technological appliances.

More: 13 sex trafficking statistics that explain the enormity of the global sex trade

“This is so convoluted,” Sandy Skelaney, an anti-trafficking expert and the director of the Initiative for Gender Violence Prevention at Florida International University, told USA TODAY. “It’s, unfortunately, so much easier to traffic somebody than to create an entire furniture catalog around it.”

It is difficult to estimate how prevalent forced labor and child sex-trafficking is in the United States and around the world. However experts and advocates caution that public perception wildly differs from the reality of the issue.

“People who are vulnerable get trafficked, especially those with multiple vulnerabilities,” Skelaney said.

“Oftentimes it’s young women of color, poor women who are put in these situations. I’ve seen cases that most people would only see in a movie, but rarely, if ever, does it look like the movie ‘Taken,'” she added.

A 2018 report from the Polaris Project, a national organization that fights human trafficking, found that most of the victims it investigated were trafficked through an intimate partner or marriage propositions, familial ties, or job postings.

And the Wayfair conspiracy theory has now affected the group’s work operating the National Human Trafficking Hotline, which is overwhelmed with calls about the false claims.

“We strongly encourage everyone to learn more about what human trafficking really looks like in most situations, and about how you can help fight trafficking in your own community,” the statement continues.

“When I first started this work, no one was aware of human trafficking. Now, we’ve significantly raised the awareness, but there are all these hoaxes going around,” Skelaney said.

Human trafficking claims are a popular trope in conspiracy theories. A high-profile example is the QAnon “PizzaGate” conspiracy theory which alleged that Hillary Clinton and other famous individuals were running a child sex trafficking operation in a D.C. pizza parlor.

“Where is the energy for the people who are actually being exploited in your community?” Carr asked.

“When we make human trafficking this super exotic thing that only takes place if you’re kidnapped and sold for sex, we exclude all the ways that people like you and me are contributing to forced labor in this country and around the world,” she emphasized.

There is no evidence to suggest that Wayfair is involved in child sex trafficking. The claims rely on circumstantial and debunked assertions. Experts and advocates engaged in anti-child sex trafficking work have cast doubt on the conspiracy theory, and multiple investigations have found key tenets of the claim to be untrue. We rate this claim FALSE because it is not supported by our research.

Thank you for supporting our journalism. You can subscribe to our print edition, ad-free app or electronic newspaper replica here.

Our fact check work is supported in part by a grant from Facebook.

Wed Jul 22 , 2020
Thorn, a nonprofit that builds technology to combat child sexual exploitation, launched a tool on Wednesday to help small- and medium-size companies find, remove and report child sexual abuse material. The tool, called Safer, is designed for companies that lack the resources to build their own systems. “To eliminate the […] 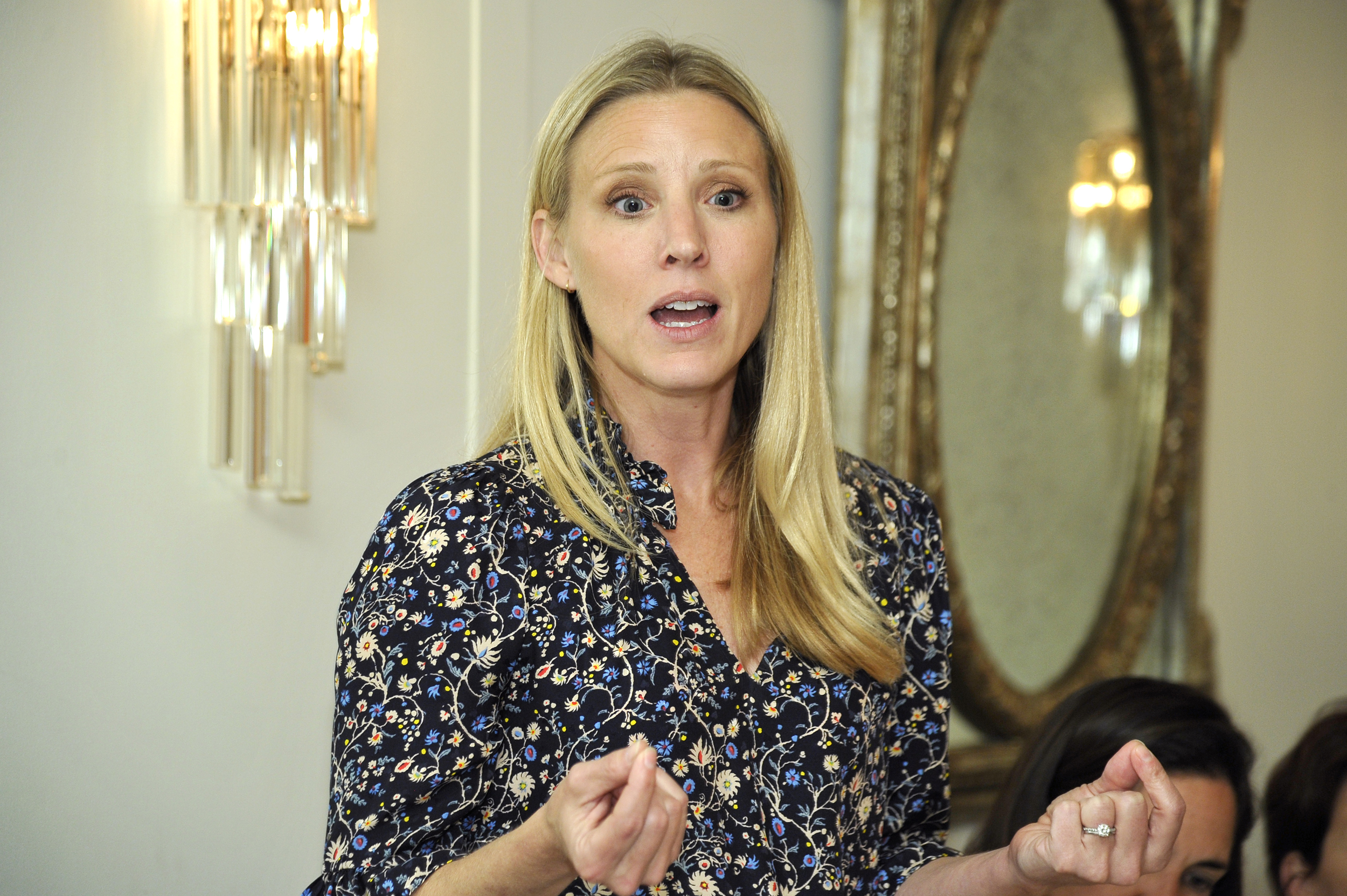