(Bloomberg Opinion) — The main event has arrived. On Wednesday, and for the first time as a group, the CEOs of four of the biggest technology companies — Amazon.com Inc., Apple Inc. and Facebook Inc. and Google parent Alphabet Inc. —  will go before a U.S. House subcommittee to address allegations of monopolistic practices and abusing the power of their platforms to crush or stifle competitors.

Each of the giants is vulnerable in its own way. Apple, for instance, has come under increasing scrutiny for the onerous terms of its App Store, which has become a crucial gateway for developers to reach smartphone users; look for CEO Tim Cook to defend the company’s fee structure and its requirements to use Apple’s payment system. Count on Amazon’s Jeff Bezos to extol the benefits of its vast e-commerce operations amid a pandemic as he faces questions on whether the company has used third-party seller data to develop its own competing products. And watch for Facebook’s Mark Zuckerberg to espouse his company’s ability to counteract the growing power of Chinese internet apps such as ByteDance Ltd.’s TikTok, tempering critics who say the company is too dominant in the social media category.

But out of the group, the remarks of Alphabet CEO Sundar Pichai may be the most important, as it is increasingly evident his company will shortly be subject to actions from multiple government entities over Google’s market dominance. In May, the Wall Street Journal reported that the Department of Justice was likely to bring a lawsuit against the company as soon as this summer, adding several states will likely file cases against the company this fall. On top of that, bipartisan members from the Senate’s antitrust subcommittee announced on Monday they will hold a hearing in mid-September on Google’s practices.

While it is not clear what the DOJ and state governments will include in their potential lawsuits, the two major areas of investigation thus far have been Google’s online-ad technology platform and its search engine. If Google’s ad-serving platform becomes the main point of contention for regulators, that will not be a bad outcome for the company. While it will make some headlines, the business is a tiny percentage of its earnings, making any settlement or fines a rounding error. The real issue for Google is if its crown-jewel search engine becomes the target; there’s a good possibility it will, and I argue that it should.

There is a lot at stake financially. RBC Capital Markets estimates Google’s search engine accounts for more than 80% of Alphabet’s earnings. That should worry investors, because there’s enough evidence that Google does use its market dominance to hurt competitors and consumer choice.

It isn’t difficult to find examples of anticompetitive practices. Any user knows that if you search for a pizza shop in your area, Google places its own location and recommendation services higher up on the page, infuriating smaller internet companies such as business-review site Yelp Inc. In another example, the Journal reported earlier this month that Google has prioritized the company’s YouTube videos higher in search results, versus clips from its competitors. And according to an analysis conducted by the Markup, some 40% of the first page of Google search results on smartphones point to either the company’s own products or copied excerpts from other sources, versus the traditional links to external sites.

So what should regulators do? First, they should ban the blatant anticompetitive practice of paying for platform placement. Bernstein estimates Google pays Apple more than $7 billion annually to make its search engine the default option on iOS devices. For a startup or competitor that may have better products, these types of large payments can obviously impede fair competition. Second, Google’s extensive use of scraping content off external websites should be restricted. Web publishers need all direct traffic they can get to survive. For Google to keep users on its own website by taking and serving up proprietary content from other companies is unjust. And finally, the internet giant shouldn’t be allowed to favor its own services in search results if competitors offer a verifiably better product. Sure, managing this process won’t be easy, so I recommend the establishment of a third-party arbitration process.

If regulators do clamp down, there is significant peril for Google’s status quo. But ironically, the company’s dominance of the search and internet ad business may be problematic for its immediate future too.

Last week, Microsoft Corp. reported a large ad-sale decline for its Bing search-engine segment, which is the closest comparable to Google’s core business. Because Google has such a large share of the online ad business, its financials are likely more susceptible to general economic woes. So just as Google is poised to face a regulatory reckoning, it’s being buffeted by deteriorating business headwinds. That doesn’t make the scrutiny any less valid.

Tae Kim is a Bloomberg Opinion columnist covering technology. He previously covered technology for Barron’s, following an earlier career as an equity analyst.

'I Dreamed Of Being Able To Join A High-End Gym. But When I Finally Could, I Didn't See Anyone Who Looked Like Me There.'

Wed Jul 29 , 2020
Photo credit: Courtesy of Heather White From Women’s Health About six years ago, I got a membership to a high-end gym chain and started buying class packs at an upscale boutique fitness studio. It really made me feel like I’d “made it” in my career. But as much as I’d […] 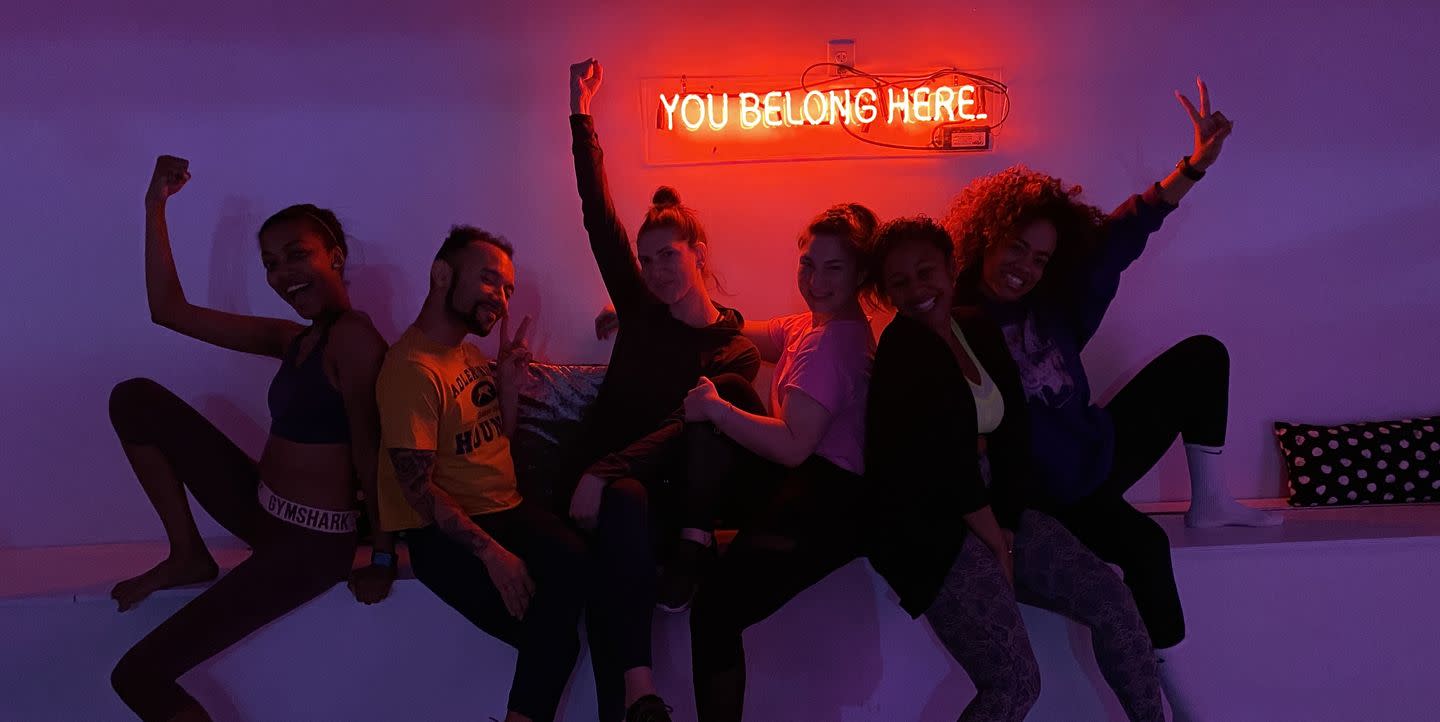