(Bloomberg) — When the coronavirus put a halt on people’s lives in China in February, Justin Jin’s old university classmates thought about selling face masks to make money. The 21-year-old suggested they instead try their luck with two stocks: Tesla Inc. and Tencent Holdings Ltd.

That’s when Jin’s two friends began using the Futubull app, one of the Chinese platforms that allow mainland investors to buy foreign equities. The decision paid off. Both stocks soared as part of a global rally that has enticed a wave of novice investors.

“When I first started, there were only three or four friends who used Futu,” Jin said. “Now there are at least three or four dozen.”

Thanks to them and many others, Futu Holdings Ltd., a Chinese online brokerage and wealth-management platform, now counts more than 1 million registered users, a 23% increase from the first quarter. Its American depositary receipts have almost quadrupled since a low in March, propelling the fortune of its founder and chairman, Leaf Hua Li, to $1.5 billion, according to the Bloomberg Billionaires Index.

Li, 43, was Tencent’s 18th founding employee and left to start Futu after growing frustrated with the software he used to trade Hong Kong stocks, according to a CapitalWatch interview in January. The online broker, backed by the Chinese internet giant, was formally incorporated under Hong Kong law in April 2012. Li owns 40% of its outstanding shares.

A company spokesman declined to comment on Li’s net worth.

Retail investors have always been a driving force in China’s stock market, but with the pandemic keeping people home, more amateur traders have emerged. Futu reported a 60% surge in new paying clients — those with assets in their trading accounts — in the first quarter, with much of it coming from Hong Kong. Big-name stocks like Tencent, Tesla and Alibaba Group Holding Ltd. fueled the surge during the peak of China’s coronavirus crisis in February, according to a statement.

One of Futu’s main draws is that, unlike mainland competitors, it has licenses that allow users to go beyond the domestic market and buy equities from the U.S. and Hong Kong. This year’s high-profile secondary listings in the city from JD.com Inc. and NetEase Inc. have enticed more investors, as has the months-long rebound in U.S. stocks, according to Bank of China International analyst Nanyang He.

“Futu has benefited from strong market sentiments in terms of raising trading velocity and increasing IPO subscription revenue,” He said.

Futu shares have risen 148% since the company listed in New York in March 2019, outpacing rival Up Fintech Holding Ltd., which went public the same month.

While the competition is rife — Chinese brokerage firm Huatai Securities Co. just launched its own U.S. stock-trading app — Futu is betting on the increasing number of Chinese citizens looking to diversify their investments globally, He said. The company started a series of MSCI index futures products this month.

Li began his career at Tencent after receiving a bachelor’s degree in computer science and technology from Hunan University in 2000. He was an early researcher of the QQ messaging software and founded Tencent Video, now one of the largest video-streaming platforms in China.

Li credits his time at Tencent for building his business acumen and said he was inspired by the company’s founders, Pony Ma and Zhang Zhidong, according to the CapitalWatch interview. Tencent remains Futu’s largest institutional backer, and several of its employees were key in helping the online broker grow over the past decade.

Still, Li hopes he’ll ultimately be defined by his legacy at Futu.

“For a long time, people wondered why I left Tencent at its peak of growth,” Li said in the interview. “Now that Futu has made it, the weight of importance has changed.”

Tech titans in the spotlight at US antitrust hearing

Wed Jul 29 , 2020
Washington (AFP) – US lawmakers will grill the chiefs of Amazon, Apple, Facebook and Google Wednesday about how they wield marketplace power in what promises to be a rare political spectacle. The House of Representatives hearing comes amid rising concerns over Big Tech dominance, which has become even more pronounced […] 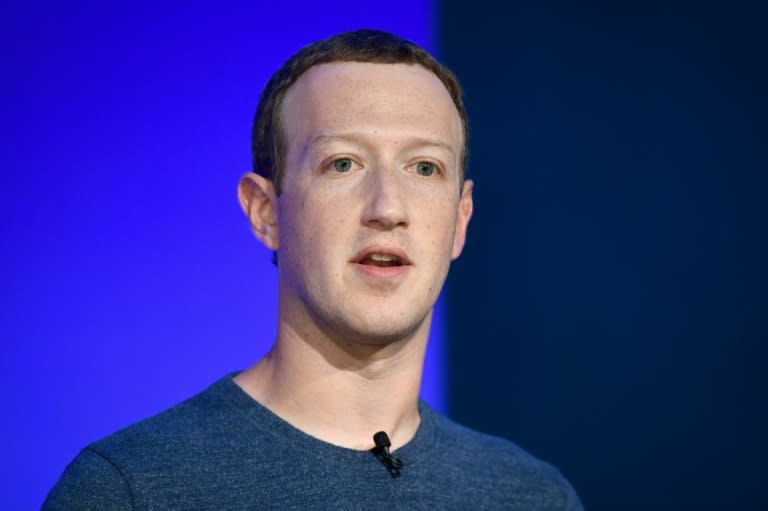