In one email sent to multiple journalists, including news staff of Cool FM, Wazobia FM and Nigeria Info FM—Nigeria’s three biggest private radio stations—the sender, who goes by the name “William Gyado,” claimed a U.S. government agent with access to classified information involving the Trump administration and its American opponents had found that “there is a worldwide cabal of Satan-worshipping pedophiles who rule and control almost everything in the world” and that these pedophiles are Americans who exploit Black people, including children in West Africa, and brutalize African Americans using law-enforcement agents.

QAnon Is Just Getting Started, Despite Twitter’s Crackdown

What Is QAnon? The Craziest Theory of the Trump Era, Explained

The email also says former U.S. vice-president and presumptive Democratic presidential nominee Joe Biden disrespects Black people and is being protected by pedophiles. The sender claims U.S. President Donald Trump knows all about this evil cabal’s wrongdoing and that most Americans elected Trump to put an end to the cabal. In the end, there is a call on Africans to share the message with their contacts and social media followers “until it gets to our brothers and sisters in the U.S. who will be voting in the presidential election in November.”

“We’ve received a couple of these messages targeting U.S. Democrats since last week,” Chuma Nnoli, Head of Sports Content for Cool FM in Nigeria’s commercial city of Lagos, told The Daily Beast. “The senders really want us to believe that those who oppose Trump are terribly evil.”

The emails are clearly aimed at promoting QAnon, the pro-Trump conspiracy theory that posits that top U.S. Democrats and persons disliked by QAnon fans are cannibal-pedophiles who will soon be arrested and executed by Trump in an event they know as “The Storm.” It also shows that QAnon supporters are desperately looking to draw Africans into the movement.

In an attempt to justify why Africans should embrace the conspiracy theory, the senders referred to a Nov. 2019 study by the African Child Policy Forum which found that the continent is experiencing an increase in child sexual exploitation, including “tourism marriages” between young girls and male tourists in North Africa and the online recruitment of young girls in West Africa “into pornographic films and bestiality,” as evidence that kids on the continent are also being targeted by the world-ruling, Satan-worshipping pedophiles of QAnon’s fever dreams.

“The talk of children in Africa being exploited by American pedophiles makes you want to pay close attention to the emails,” Okon Nya, editor of the Nigerian sports news website Busy Buddies, told The Daily Beast. “Even if you don’t want to believe what the email says, it makes you want to think about it.”

A number of Nigerian journalists recalled receiving similar emails in May, around the time protests over the killing of George Floyd had begun to gain massive global coverage. But it appears that round of emails targeted just a small number of reporters who paid little attention to the messages. This time, the senders of the conspiracy theory wanted to be heard widely and clearly.

“I never heard [of] QAnon before now,” Hillary Nnoruka, news editor for the hugely popular Nigeria Info FM in Lagos, told The Daily Beast. “I don’t know if [the conspiracy theory emailed to journalists] is true but I believe it can have a huge influence on people.”

The sender of most of the emails used the name “William Gyado” or “Bill Gyado,” but gave no further details. The Daily Beast was unable to find any social media account or website that captures either of the names. Gyado did send the conspiracy theory using secured emails including Yandex Mail, a company headquartered in Moscow.

As expected, the content of the QAnon emails has gone viral on WhatsApp, pushed by users notorious for spreading misinformation targeting individuals generally perceived as opponents of Trump—including members of One Africa, One Success, a group made up of about 80 past and present Russian-based students of African origin whose members often post messages on the WhatsApp platform discrediting U.S. Democrats, whom they accuse of creating the coronavirus.

“Many of my colleagues here in Russia are beginning to take [the conspiracy theory] seriously,” Coby, a 29-year-old student in Russia who asked that his last name not be published, told The Daily Beast. “There’s hardly any African student I know who hasn’t received the message on WhatsApp.”

WhatsApp’s end-to-end encryption of text, voice, and video communications makes the app a key selling point. Its popularity is huge around the world. According to Statista.com, there were 2 billion monthly active users as of March 2020, with 68.1 million users accessing the app in the United States alone in 2019.

In sub-Saharan Africa’s most populous countries, WhatsApp leads the pack among various social messaging apps (including Facebook Messenger), which are far more popular than classic forms of social media. As early as 2017, for instance, nearly half of all internet traffic in Zimbabwe went to WhatsApp. There are even WhatsApp knockoffs capitalizing on its popularity.

The company, which is owned by Facebook, recently moved to limit the ability of users to “broadcast” messages to hundreds or thousands of recipients and the number of times a message can be forwarded, resulting in a 70 percent reduction in highly forwarded messages. A spokesperson for WhatsApp told The Daily Beast in May that the move was made partly because of “our concern about misinformation, including COVID misinformation.”

But that doesn’t really stop misinformation from thriving on the platform, as one group can connect to another, individuals can share with other like-minded individuals in unobserved and untraceable communications until, soon enough, the messages make the jump, rather like a viral pathogen, from one host to another. What the company essentially monitors is not the actual content of the messages sent through its encrypted system. It may respond if someone ticks a box to “report this message,” but it monitors only volume, not content.

Because content posted on WhatsApp is difficult to monitor, the app presents itself as a wonderful weapon for QAnon promoters.

Social media posts in recent days may well indicate that the QAnon conspiracy theory is spreading beyond WhatsApp.

After Facebook, Twitter and YouTube deleted videos by controversial Houston physician Dr. Stella Immanuel, who claimed to have recorded a 100 percent success rate in the treatment of COVID-19 using Trump-touted hydroxychloroquine, some users of the popular Nigerian social media forum, Nairaland, attributed the action to a conspiracy against the U.S. president.

“These Agents of the antichrist are ready to do Anything to take Complete Control of the Earth,” one Nairaland user posted, in reaction to the move by the social media giants. “The Presidency of Donald Trump is a Huge Bone on their Throat!”

It’s baffling how QAnon has gained significant following considering how it was birthed—from a handful of posts on the 4Chan message board in October 2017 by a mystery figure named “Q.” Its promoters have earned invitations to the White House and Trump has retweeted QAnon supporters. The president’s son, Eric Trump, last month posted a QAnon meme on Instagram while disgraced former national security adviser Michael Flynn recently videoed himself taking a QAnon oath with his family.

QAnon is considered by the FBI as a potential source of domestic terrorism. Its supporters have been charged with a range of crimes connected to their beliefs, including terrorism, murders and child-kidnapping plots. A QAnon supporter who claimed she planned to kill Biden was arrested with illegal knives by authorities in April.

While QAnon isn’t new to the U.S., where it originated, many in Nigeria, where the conspiracy theory is starting to build a home, are worried it could have a massive negative impact across the country.

“People may just start attributing Nigeria’s problems to the U.S. Democrats,” said Nnoli of Cool FM in Lagos. “Rather than seek solutions, many will be looking to blame someone in the U.S. for Nigeria’s own problems.”

25 Things To Sell When You’re Ready To Retire

Mon Aug 3 , 2020
Many people downsize in retirement as a way to cut back on expenses and make their lives simpler. For some, this means relocating to a smaller home or a retirement community. For others, this can just mean getting rid of stuff they no longer use anymore. If your retirement planning […] 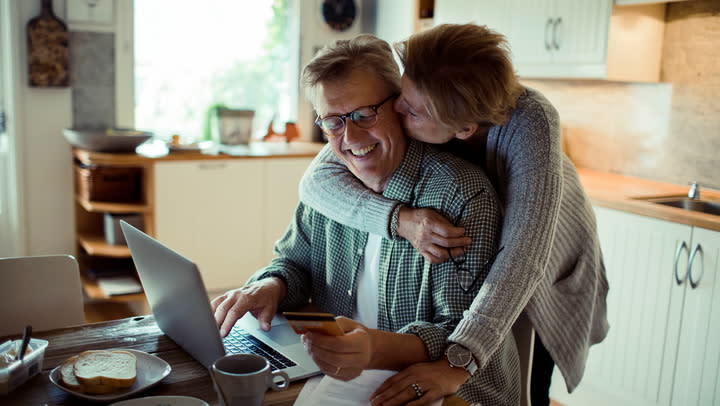