Had this been a normal year, we would all be donning our mustache wax, blue blazers and straw boater hats and driving the Duesenberg up to Monterey for the big annual car celebration. But this isn’t a normal year, nothing is normal; had this year been a brain it would be the one in the Abby-Normal jar.

Which is just fine with the people at the Concours d’Lemons. They held their annual celebration of wheeled poor taste online this year instead of among the goose poop and lawn clippings of Seaside, California. Entrants sent in video clips of their “cars” and real live judges judged them. These were, in some cases, extraordinary judges, by the way. Bill Warner, founder of Amelia Island, a real Concours, judged the class “Rust Belt American Junk.” He was assisted by real racer David Hobbs. Peter and Gayle Brock — yes, the real Peter and Gayle Brock — judged “Soul-Sucking Japanese Appliances.” And AC/DC frontman and car collector Brian Johnson, the nicest guy you’ll ever meet at a Concours (he once complimented my shoes!), was chief class judge for the category “Most Dangerous.”

But rather than strolling among the eyesores with little clipboards and deducting points for footprints on the dashboards, they judged remotely, safely ensconced behind internet firewalls, because this was the first-ever (and hopefully last) “Concours d’Lemons Virtually Awful.”

Perhaps viewing these cars from a distance, indeed from a virtual distance, was easier on the eyeballs. Plus, there was less risk of tetanus. In any case, the Concours d’Lemons, that celebration of poor taste and bad corporate judgement, went virtual this year, and it was just as bad on the computer screen as it usually is in person.

Normally, the Concours d’Lemons is held on the same weekend as Pebble Beach, though not in exactly the same location. In recent years it seemed to have found a home in Seaside, far enough away from actual Pebble Beach to avoid any cross-contamination but near enough that your “hooptie” could probably make it all the way there in one piece. With the COVID calamities of 2020, organizers had to find an even more sanitary and distant means to celebrate the awfulness. So they went online, where all the worst things dwell.

The result was the same — terrible cars but this time from all over the world, because you didn’t have to drive your entry all the way there to be a part of it.

Oh, the terrible anticipation was just as bad for the entrants — those nail-biting, upholstery chewing moments before they read off the winners (via Zoom). Each class winner got a virtual video posted and each entrant either fainted or leapt for joy, depending on whether he or she won or lost (imagine a car so bad that it would lose in a bad car contest?).

Rather than drag this out and abuse you any more than I already have, I’ll reveal the winners, no doubt as controversial as that Bentley from last year’s real Pebble. And let’s just start at the top with Worst of Show. Suffice to say there is no title more coveted among escaped mental patients with driver’s licenses than this.

“You think it’d be easy to pick a worst of show,” said event founder Alan Galbraith. “But they’re all terrible!”

He adjusted his cravat.

“Nonetheless, at every show there’s just one that, as it rolls in, you’re just like, ‘Oh man, that’s it!’”

The “it” car this year was a bizarre three-wheeled object Galbraith proclaimed “The Goldwing Trike Thing.” It was made up of “half a Goldwing motorcycle, half an Oliver farm tractor and half a Miata.”

“And it all adds up to nothing,” said co-host/emcee Tim Suddard.

In tones similar to those used to describe Miss America, except, in this case, for the occasional gagging sound, Galbraith continued.

“It has fenders made from old farm windmill blades, seats from an Oliver tractor and front wheels from a Miata. It’s useful as well as dangerous. It’s a hands-down Worst of Show winner.”

Indeed, had they not muted their microphones, the millions (?) who tuned in would have been heard cheering. Then, in addition to getting coated with Silly String, the Lemons winner usually gets some items from the local dollar store, handed out by Galbraith with appropriate chiding and encouragement to get a better car. But this year the winner, Andrew Pullman of Omaha, Nebraska, got a $1,000 eBay Motors gift card and a Griot’s Garage detail kit.

“That stuff’s worth more than the car,” Galbraith observed.

Rust Belt American Junk GM: The Saturn SL2 Tiki Car (“Imagine hearing the wind whistle through that bamboo as he drives it down the road,” mused co-host Brad Phillips from sponsor Hagerty. “Imagine a bamboo pole hitting the car behind him when it breaks off,” countered Suddard.)

Rust Belt American Junk Ford: Lincoln California High-Speed Fail, a play on the state’s doomed high-speed rail but done up to look sort of like a train if you stretched your imagination.

Rust Belt American Junk MOPAR: A real Dodge Daytona EV, left over from some ‘70s government program meant to encourage the acceptance of electric cars, but which, it seems, might have actually postponed them by a few decades instead. The Daytona “EV” towed a generator that made electricity for its electric motors, irony that will be appreciated by many anti-EV internet typists.

Unmitigated Gaul: 1987 2CV with the front end from a Traction Avant and the rear end of some kind of wagon thing.

Rueful Britannia: Reliant Regal; one photo showed it on two wheels, but not rolled over.

Kommunist Kars: Wartburg that had been converted from road race car to Gasser

Kurdled Kimchi of the Korean Penninsula: 2005 Hyundai Elantra (“Korean cars are big in Australia,” Galbraith said, in an attempt at explanation.)

Slightly Better Than a Go Kart: Yugo GVX, the proud owner of which posed with his car by the Mackinac Bridge, from whence, sadly, a Yugo was once blown off.

Most Dangerous: A Trabant Combi painted by elementary school students.

Griot’s Garage Award: A Dodge Diplomat that had been inexplicably restored five times by the same owner.

Hopes were high that things would someday get back to normal, or what passes for normal in the insane asylum that is Lemons. The next Concours d’Lemons on the schedule will, with any luck, take place March 6, 2021, at Main Beach Park in Amelia Island, the day before the real Concours. Other events will follow, including Concours d’Lemons in Canada and Australia. Seems bad taste is now a global pandemic.

Is Social Distancing Actually Bringing Us Closer To Our Friends?

Tue Aug 4 , 2020
Friendship, when orchestrated through the blue-lit lens of a Zoom window, can seem a less-than-thrilling exchange. Socializing online and in the flesh are certainly not interchangeable. But, as we combat a global pandemic, rally against police brutality, and confront systemic racism in our communities (among other things), we’ve arguably never […] 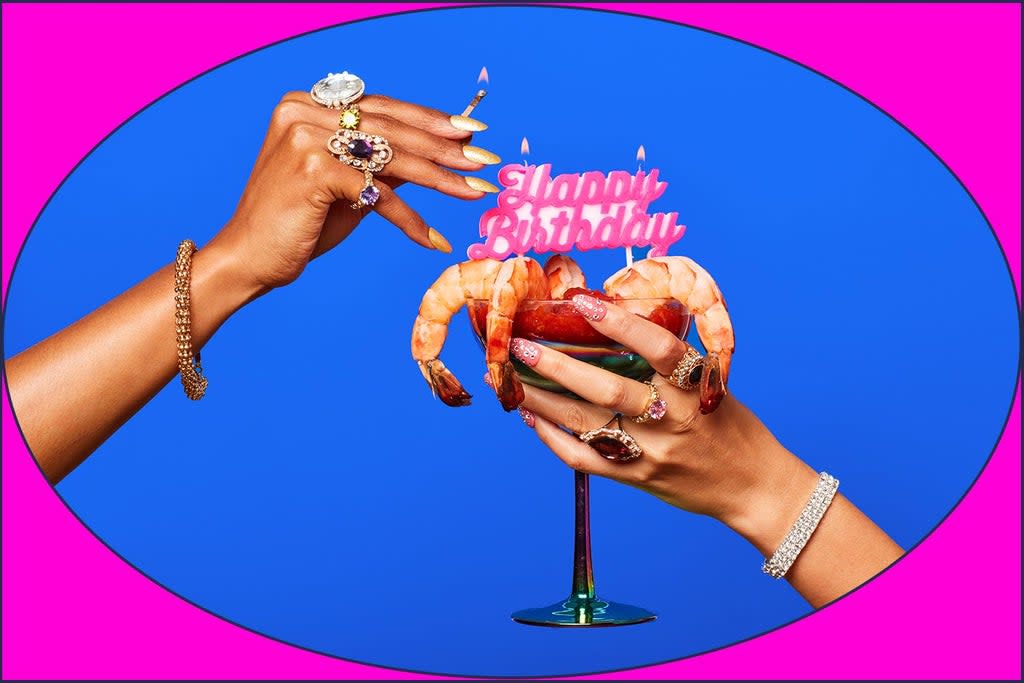