When Mxolosi saw a Tecno W2 smartphone in a store in Johannesburg, South Africa, he was attracted to its looks and functionality. But what really drew him in was the price, roughly $30 — far less than comparable models from Samsung, Nokia, or Huawei, Africa’s other top brands.

“They’re very attractive and appealing to your eyes,” Mxolosi, who asked for his last name not to be used to protect his personal safety, told BuzzFeed News. “Honestly, I was a Samsung fan but I said, ‘Let me try this new product.’”

It was another sale for Transsion, the Chinese company that makes Tecno and other low-priced smartphones, as well as basic handsets, for the developing world. Since releasing its first smartphone in 2014, the upstart has grown to become Africa’s top handset seller, beating out longtime market leaders Samsung and Nokia.

But its success can come at a price. Mxolosi, an unemployed 41-year-old, became frustrated with his Tecno W2. Pop-up ads interrupted his calls and chats. He’d wake up to find his prepaid data mysteriously used up and messages about paid subscriptions to apps he’d never asked for.

“It was expensive for me, and at some point I ended up not buying data because I didn’t know what was eating it up,” he said.

He thought it might be his fault, but according to an investigation by Secure-D, a mobile security service, and BuzzFeed News, software embedded in his phone right out of the box was draining his data while trying to steal his money. Mxolosi’s Tecno W2 was infected with xHelper and Triada, malware that secretly downloaded apps and attempted to subscribe him to paid services without his knowledge.

Secure-D’s system, which mobile carriers use to protect their networks and customers against fraudulent transactions, blocked 844,000 transactions connected to preinstalled malware on Transsion phones between March and December 2019.

Secure-D Managing Director Geoffrey Cleaves told BuzzFeed News that Mxolosi’s data was used up by the malware as it attempted to subscribe him to paid services. “Imagine how quickly his data would disappear if the subscriptions were successful,” he said.

“Transsion traffic accounts for 4% of the users we see in Africa. Yet it contributes over 18% of all the suspicious clicks,” Secure-D Managing Director Geoffrey Cleaves told BuzzFeed News.

It’s the latest example of how cheap Chinese smartphones take advantage of the world’s poorest people. Current security concerns about Chinese apps and hardware have largely focused on potential back doors in Huawei’s 5G equipment. More recently, people have focused on how user data collected by TikTok could be abused by the company and the Chinese government. But an overlooked and ongoing threat is the consistent presence of malware on cheap smartphones from Chinese manufacturers and how it exacts a digital tax on people with low incomes.

A Transsion spokesperson told BuzzFeed News that some of the company’s Tecno W2 phones contained the hidden Triada and xHelper programs, blaming an unidentified “vendor in the supply chain process.”

“We have always attached great importance to consumers’ data security and product safety,” they said. “Every single software installed on each device runs through a series of rigorous security checks, such as our own security scan platform, Google Play Protect, GMS BTS, and VirusTotal test.”

The spokesperson said Transsion did not profit from the malware, and they declined to say how many handsets were infected.

Michael Kwet, a visiting fellow of the Information Society Project at Yale Law School who received his doctorate in South Africa, called the idea of Chinese-made phones extracting data and money from people living in poverty “digital colonialism.”

“If you have no disposable income, you’re basically left with people preying on your data,” he told BuzzFed News. “The problem we have here is that we don’t have a rational business model for a digital society.”

Though it’s largely unknown outside of Africa and in developing countries, Transsion is the fourth-biggest handset maker in the world, behind Apple, Samsung, and Huawei, but it’s the only manufacturer in that group to exclusively focus on low-income markets.

The need to keep costs low opens the door to malware and other vulnerabilities, according to Cleaves. “A fraudster is able to take advantage of that desire for a low price by offering their [hardware or software] services, even at loss, knowing that they can recover the costs through this ad fraud,” he said.

Secure-D previously discovered preinstalled malware on Alcatel phones made by TCL Communication, a Chinese handset maker, in Brazil, Malaysia, and Nigeria. It also exposed how Chinese technology preinstalled on cheap smartphones in Brazil and Myanmar robbed users with fraudulent transactions.

“In many cases it’s [a consumer’s] first smartphone and the first time these people have access to the internet,” Guy Krief, a board member of Upstream Systems, the UK company that operates Secure-D, told BuzzFeed News. “The data eaten up by the malware — that’s a very important part of their income.”

Kenneth Adu-Amanfoh, the executive director of the Africa Cybersecurity and Digital Rights Organization, said Chinese phones with preinstalled malware have become a major threat on the continent.

“You have all these wonderful features for cheap, but there is a hidden cost,” he told BuzzFeed News. “There are a lot of Chinese phones that have malware installed on it.”

“At some point I ended up not buying data because I didn’t know what was eating it up,” said Mxolosi, who had to shut down a café he was running due to the coronavirus. South Africa has the fifth-highest number of cases of COVID-19 in the world, according to Johns Hopkins University.

Learning that his smartphone had been stealing his money felt like yet another hardship. “Poor people are getting even more poor. People are going hungry,” he said.

People in the United States are also being exploited. Earlier this year, Malwarebytes, a security service, found preinstalled malware of Chinese origin in two phones offered to citizens with low incomes as part of the US government’s Lifeline program, which provides subsidized phones and mobile data. Both phones were made by Chinese companies.

Nathan Collier, a senior mobile malware analyst at Malwarebytes, said cheap Chinese smartphones are a security risk to people with low incomes around the world.

“It seems like we’re seeing the same story over and over again where there’s a cheap phone made from China with Chinese malware on it that gets in the hands of people who can’t afford a pricier phone,” he told BuzzFeed News. “Having preinstalled malware right there in your phone when you turn it on out of the box is gross and nasty.”

Collier researched Triada and xHelper and said they were “the first malware [he’s] even seen where a factory reset doesn’t take care of it. That’s a game changer.”

Typically, malware like Triada and xHelper requires someone to be tricked into installing it on their phones, rather than it coming straight from the factory. It’s often used to deliver invasive ads that send money back to whoever controls the malware. But it can also be used to install apps that subscribe the victim to paid services via monthly billing or prepaid data — siphoning cash directly from the phone’s owner.

Cleaves said Secure-D has continued to block transactions related to Triada and xHelper on Transsion phones into April this year, though at a lower volume than before.

“Although xHelper appears to have entered a dormant stage, we have no reason to believe it’s gone away,” he said. “There’s no reason to believe that the perpetrators behind that malware are just going to give up. They’ve got this extremely virulent malware sleeping on millions of devices, and it’s just a matter of time before they strike again.”

Mxolosi said he had no idea which company made his phone. He was surprised and disappointed to hear it was a Chinese company.

“Oh god. That means the Chinese are just ripping us off left, right, and center,” he said, comparing his malware-riddled smartphone to designer knockoffs made in China that flood South Africa. “We are getting [counterfeit versions] of clothing that are made in the US. They come in and make them with bad quality.”

Mxolosi said he was planning to buy another Tecno phone until BuzzFeed News informed him of what was wrong with his W2. Now he is looking for other options.

“Now I would never,” he said. “That device would make me spend more on that phone. So why should I go for that while we’ve having problems with money?” ● 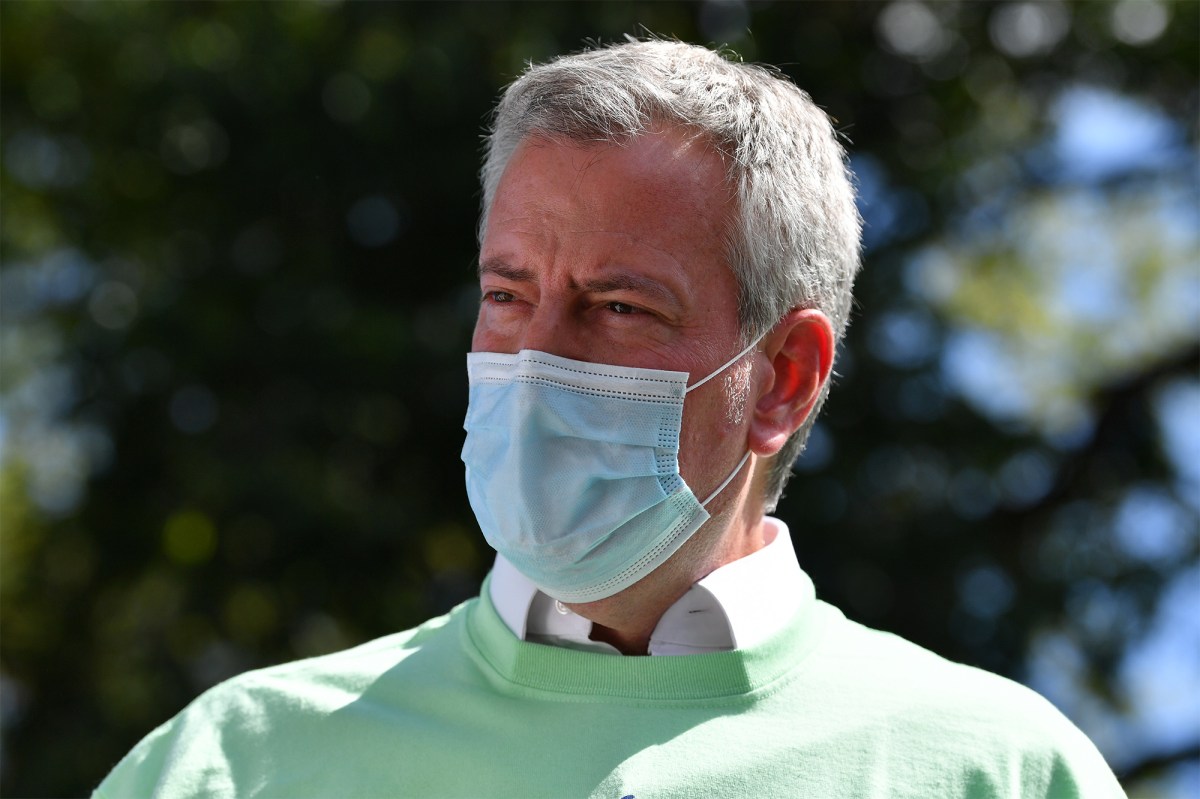