Pixie Labs announced it emerged from stealth with its first product called Pixie. And Pixie Labs also announced $9.15 million in Series A funding led by Benchmark with participation from GV.

Pixie is known for dramatically reducing the complexity and cost for developers to observe and troubleshoot their application’s performance. And with Pixie, developers do not need to change code, manually set up ad hoc dashboards, or compromise on how much performance data they can observe. Early access customers range from early-stage startups to internet-scale streaming content teams who are all already running Pixie in their production Kubernetes environments.

Pixie Labs co-founder and CEO Zain Asgar is an Adjunct Professor of Computer Science at Stanford University who was an engineering lead for Google AI. And co-founder and CPO Ishan Mukherjee previously led Apple’s Siri Knowledge Graph product team and was an early Amazon Robotics engineer. They started Pixie Labs to empower developers with time-saving tools by intelligently augmenting their workflows.

Both were frustrated by how manual and inefficient it was to set-up, manage and use existing systems to monitor distributed software applications. And the decade-old monitoring and observability platforms require months of painstaking set-up and hours of manual data wrangling to troubleshoot when core business driving applications are on fire.

As Pixie is known for running entirely inside a developer’s own Kubernetes platform, development teams are extending their established in-house or managed SaaS monitoring footprints to get instant and automatic visibility inside their very own production environments. And Pixie’s developer experience and customer adoption are driven by three fundamental technical breakthroughs like no-instrumentation data collection, script-based analysis, and Kubernetes Native Edge Compute.

“All layers of software—application code, deployment infrastructure, network, OS, etc.—now expose APIs that allow us to treat infrastructure as data. Pixie helps us move to a world where we can freely access this data and focus on building data-driven workflows to observe, troubleshoot, secure and manage our applications.”

“We thought a better data system can be built, and we envisioned a magical developer experience where they can get the data they need without having to change code or move data outside their environments.”

“Developers are superheroes without the data superpowers they need. We’re building Pixie to fill that gap. Pixie’s adoption in real production environments from fast-growing startups to internet-scale companies is starting to validate our focus on delivering a consumer grade experience to developers which respects and optimizes for their time.”

“Since I was a monitoring product manager 20 years ago, the challenge with monitoring has been the same. First is how to get people to do the tedious task of instrumenting ahead of time. Second is how do people find signals in the overwhelming majority of monitoring data which is worthless. By using huge innovations in Kubernetes and eBPF and a clever new architecture which turns conventional monitoring approaches on their head, Pixie Labs has solved the two core challenges, giving people in-depth visibility with one line of code and only keeping the interesting data. I’m really excited about what becomes possible with Pixie.”

“I started seeing production data in Pixie after pasting one line to install. Amazingly, a few minutes into looking at the data, I was able to find and fix a faulty config that sped up our API requests by 14%. This is basically automatic Datadog for Kubernetes.”

“Real-time instant data access is a game changer. Insights that Pixie is able to deliver on what is happening within Kubernetes clusters is astonishing. Its use cases range from development to operational.”

— Paulo Cabido, sr. director of engineering operations at ThousandEyes, a networking monitoring company that is now part of Cisco

“The Pixie engineers are giving instrumentation superpowers to the masses. As the complexity of hyperscalar style distributed services grows and engineers are fighting ever-more difficult bugs, the ability to add logging points to a running service brings debuggers to the 21st century.”

“Debugging and observability are two very important pieces in the software development lifecycle. Usually setting these up is painful and requires a lot of time. This is where Pixie makes life insanely simple. Right from a single line install to no instrumentation visibility, Pixie makes working with your applications and Kubernetes fun again!”

“Pixie is amazing. It seamlessly extracts monitoring data and enables users to perform live data dumps from applications running in Kubernetes clusters. All Kubernetes SREs should use it as part of their troubleshooting toolset.”

Mon Oct 12 , 2020
As the days grow closer until the iPhone 12 officially makes its online debut, leaks have already revealed a lot about the upcoming iOS flagship handset. Most of the information is reportedly sourced from third-party accessory manufacturers who now have access to the device’s dimensions and design. Now, Caviar – […] 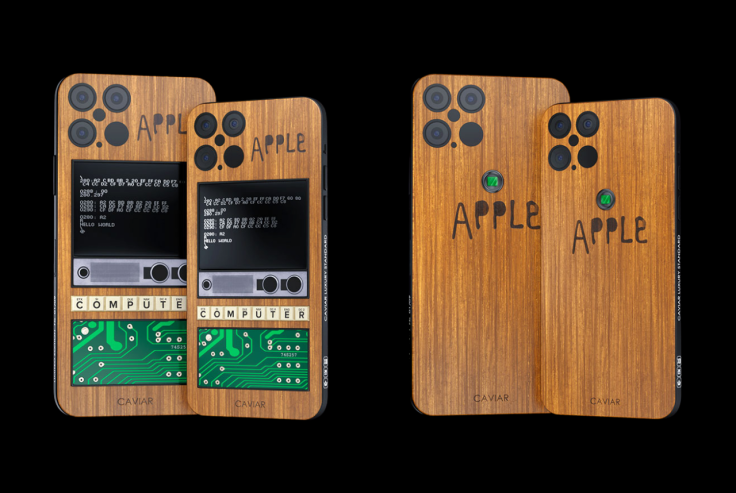