He is known for his lavish parties and eccentric tastes. In the past Jack Ma, the 55 year-old billionaire founder of Chinese e-commerce giant Alibaba, has attended the group’s annual company festivals dressed up as a punk rocker or as Michael Jackson.

But the public float of his second company, Ant Group, could turn out to be his biggest extravaganza yet.

The forthcoming listing of the payments firm, which was announced on Monday, is expected to value it at $200bn (£158bn) – making it easily the most valuable listing of 2020 anywhere in the world.

While little known in the West, Ant runs Alipay, the Chinese payments technology company. It is also the world’s most valuable private financial technology company and is increasingly posing a direct threat to big established banks who are struggling to compete.

Ant Group’s explosive growth to surpass former market leaders such as PayPal has made it this year’s hot ticket float. It has many investors – as well as bankers and lawyers eager to participate in the deal – salivating at the prospect.

While Ma has stepped back from the day-to-day running of his empire, after many initial public offerings were cancelled due to coronavirus, the financial firm is expected to float later this year.

Eric Jing, executive chairman of Ant, said the firm wanted to “make it possible for the whole of society to share our growth”.

Unlike Alibaba, which made waves when it floated in New York in 2014, at the time the world’s biggest initial public offering, Ant will float in a dual listing in Hong Kong and on Shanghai’s nascent Star market, which China hopes will attract local technology companies.

Analysts say Alipay controls more than half of the Chinese market in payments and has grown quickly elsewhere. They have issued bullish estimates of Ant’s valuation, with Bank of America putting it at $210bn and JP Morgan at $218bn.

There is no specific timeline attached to the float, although Ant Group is expected to sell 10pc of its business, according to Nikkei. It had profits in the region of $2.2bn in the last quarter.

Launched in Hangzhou in 2003, Alipay was part of Taobao, an e-commerce website owned by Ma’s Alibaba. The idea was to create secure payments on the site. It used escrow accounts to secure funds for third party sellers on online stores. Since then, it has expanded into digital wallets and QR-code “scan to pay” mobile payments.

When Alipay launched, huge numbers of Chinese people had smartphones, but were unserved in all areas of finance, says Sarah Kocianski, head of research at fintech consultancy 11:FS.

“That enabled it to capture a significant market share early, and to establish itself as a ‘super app’ by offering all these services in one place.”

In 2010, Alibaba spun-off Alipay into a new company. In 2015, it was rebranded as Ant Financial. In 2018, it raised $14bn in the largest one-off equity raise ever, valuing it at $150bn. As well as Chinese investors, overseas funds participated including Singapore’s Temasek and US private equity firms Warburg Pincus, Silver Lake and General Atlantic.

Alipay is now targeting 2 billion as it expands into the West. “Alipay is making progress outside of its home market, something the payment titans of Europe and the US have long feared,” says Kocianski. It has added thousands of merchants in the West.

In 2020, the prevalence of AliPay’s service even saw it turned into a digital contact-tracing solution for coronavirus cases by China – showing the ubiquity of mobile payments relied on by hundreds of millions of people.

All this makes for an alluring narrative for investors looking for exposure in China. With the listing coming on Shanghai’s new Star market, it is likely to be popular at home. China’s state media has urged investors to pile into domestic stocks to foster “a healthy bull market”.

But there are also sceptics.

“I suspect [Ant] will go up a lot on day one,” says William de Gale, a technology investment manager at BlueBox. “There will be a lot of pressure on people to buy the shares. There will be those who want to invest more in China. But I will be thinking: ‘Will this really create value for our investors?’”

Previously, Alibaba was entitled to a profit share from Ant Group. After a swap last year it now holds a 33pc equity stake, although Ma still owns the controlling share.

Ant Group has also faced regulatory scrutiny in the US, where it saw a recent takeover attempt of a US payments firm blocked. In China, meanwhile, regulators have taken aim at some financial technology sectors, such as high interest loans.

After years as the figurehead of China’s technology boom, Jack Ma stepped down as executive chairman of Alibaba last year. With geopolitical tensions, the prospects for Chinese firms overseas is increasingly uncertain. The impact of coronavirus on the value of global stock markets is also still  in question while unrest in Hong Kong could impact its capital markets.

Against this backdrop, Ant Group will be relying on its high-growth story against the odds to justify its $200bn price tag.

Tue Jul 21 , 2020
The Florida Education Association, a union representing 145,000 educators, filed a lawsuit on Monday against Governor Ron DeSantis and the state’s Department of Education in an attempt to stop schools from reopening at the end of August. The lawsuit argues Florida’s plan to reopen schools is unsafe due to the […] 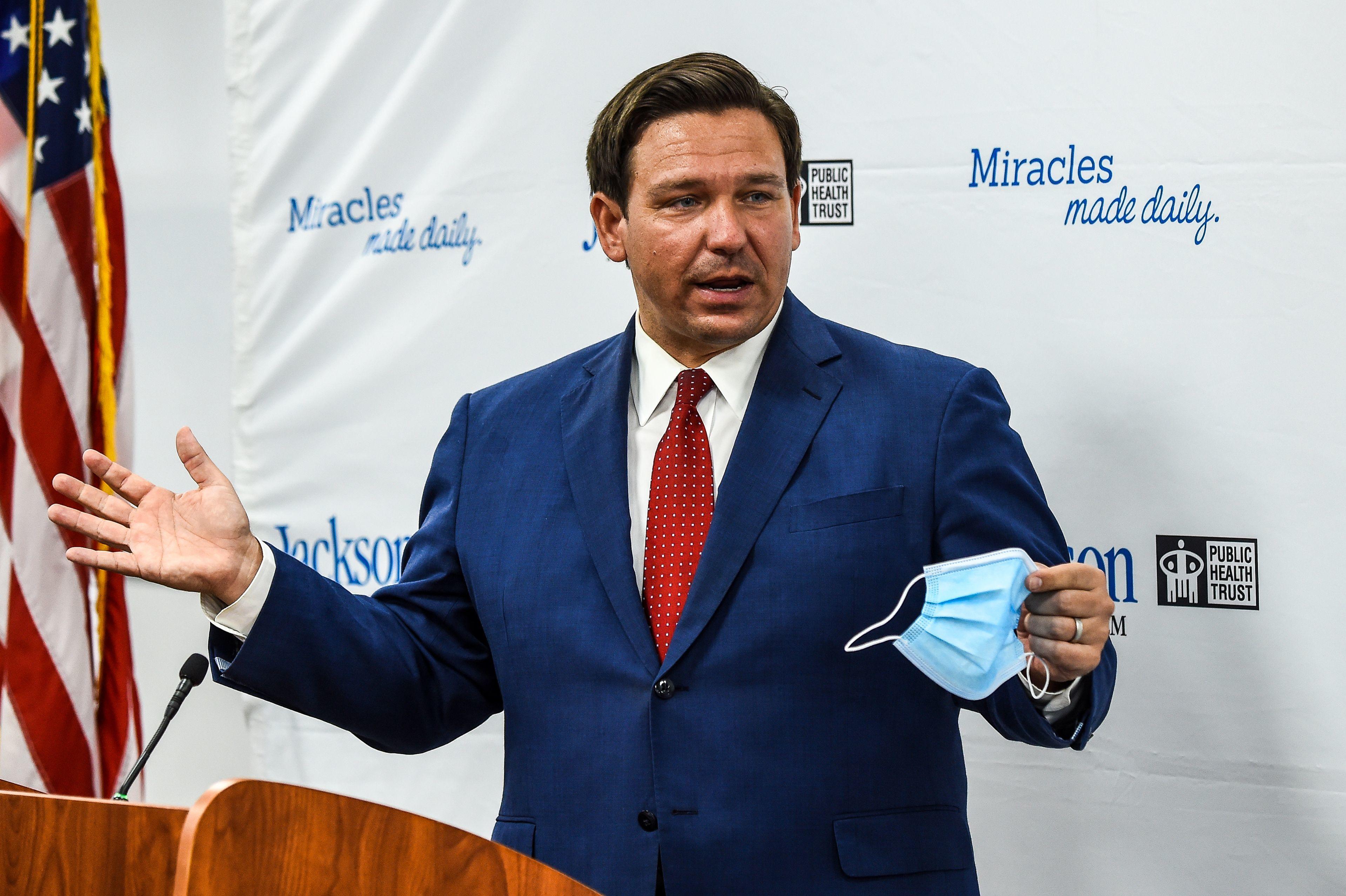