When the MTV Video Music Awards announced its nominations last week, it added a new category that’s fitting for the times: best quarantine performance. Those competing for a Moonman include Lady Gaga’s performance of “Smile” from Global Citizen’s “One World: Together At Home” concert, CNCO’s “Unplugged At Home” and Post Malone’s Nirvana tribute. Several of the nominees doubled as fundraisers for COVID relief.

The popularity of live streams comes more as a necessity than a choice as the coronavirus pandemic shows no signs of waning and live concerts, even when enforcing social distancing, have proven to be more problematic than anticipated. Even live music trade Pollstar has launched a chart to monitor audience size for these online events. And so, massive pop icons and unestablished artists alike are finding themselves challenged by the limitations of remote live sound, and the results are often less than stellar and, at times, downright grating.

Is there anything harder on the ear than some of the world’s most beloved artists performing into laptops with backing tracks blaring from their phones? Or using their earbuds as monitors? Or flattening songs known for their complex arrangements into tinny acoustic guitar versions? Add to these challenges unreliable internet connections that cause audio disruptions, or the limitations of Zoom, which leave vocals sounding muffled, distorted, or non-existent in some cases, and musicians are being forced to navigate a minefield of technical sound issues that they don’t have to deal with at conventional venues. And in quarantine, there’s not always an engineer on hand to help them through the problems.

“In a time like this, the audience expectation isn’t for super polished sound, it’s for connection,” says Mike Bradley, a professional sound engineer who has worked with Norah Jones and other major artists, handling front-of-house for sold-out shows at Red Rocks and the Sydney Opera House. “When I see artists using their phone to stream a performance, I’m not disappointed in that. I’m just thankful they want to want to connect.”

Bradley is among the thousands of music professionals waiting for the live shows to resume, which may not be until summer 2021, some industry veterans prognosticate. He was laid off from the company he worked for and is now trying to make ends meet with a part-time job at a grocery store.

Clearly there’s a missed opportunity to keep a crucial part of the music industry working and dramatically improve livestreamed music performances. But the same reluctance keeping fans away from venues, and from people outside of their immediate family or COVID circle, can also apply to musicians.

It’s one reason why, when a live online performance sounds good, it really stands out. Take Post Malone’s VMA-nominated 85-minute set of his favorite Nirvana songs, which aired on YouTube on April 24. It benefitted from having all the musicians — Brian Lee on bass, Nick Mack on guitar, and Blink-182’s Travis Barker on drums —  in one location (Post’s house in Utah) and connected via in-ears making for a seamless mix that cycled through shots of each one playing. The backdrop, admittedly, wasn’t much to look at, but it’s the songs that count.

There are other less involved digital performances that are examples of making the most of a limiting situation. Haim’s June album release performance at Canter’s Deli in Los Angeles comes to mind, as does the intimate stripped-down set Billie Eilish and FINNEAS streamed in April for Verizon’s Pay It Forward Live. Similarly, Mariah Carey’s rendition of her hit “Always Be My Baby” for the iHeart Living Room Concert For America series in March felt personal and sounded professional.

When you consider Carey’s infamous 2016 New Year’s Eve performance in Times Square — where, unable to hear her voice in her in-ear monitors, and refusing to put on a bad performance, she awkwardly vamped over the music and talked to the crowd instead — it backs up the notion that sound is paramount, especially when you’re an A-list artist. And that may be one reason why notable singers like Barbra Streisand and Celine Dion have not put their names — or voices — to a livestreamed performance yet. For some artists, it’s simply not worth tarnishing the quality of their brand, which goes hand-in-hand how good they sound.

Indeed, it’s not uncommon for major artists to spend millions of dollars on sound equipment and staff for their tours, which is why it’s surprising that little or no investment has been directed to the sound of some livestreamed concerts.

Multi-artist livestreams are likely to continue to have huge variances in quality from song to song, whether it’s the all-star Global Citizen shows or agent Richard Weitz’s invitation-only RWQuarantunes shows. Superstar guests singing into their iPhones on the spur of the moment may be juxtaposed directly against artist-producers who’ve been busy setting up top-flight equipment in their living rooms or bedrooms. Ongoing pay-per-view series involving a single artist in a home studio, from Brandi Carlile’s full-album shows presented through Veeps to Lucius’ similar gigs for Seated, raise expectations for headphone-quality audio.

Some of the biggest stars are becoming more creative in how they present themselves in the digital world. From Travis Scott’s “Astronomical” appearance in the game Fortnite in April, which saw over 12.3 million concurrent players participate live, to this coming weekend when the Weeknd hops on a virtual stage in TikTok’s app for a special augmented-reality livestreamed concert, all eyes — and ears — are on these artists with vision.

Created by TikTok in partnership with XO, Republic Records, and Scooter Braun-backed virtual concert startup Wave, “The Weeknd Experience” will feature the artist in digital-avatar form performing songs from his hit album “After Hours.” TikTok’s first-ever AR experience, it will employ 3D renderings and picture-in-picture video to create the immersive livestream.

As for the living room concerts, many are well-intentioned and come with a charity component so they are, in all senses, a good thing. But considering they’re here to stay for the pandemic and likely beyond, couldn’t we all benefit from these concerts sounding better?

Mon Aug 3 , 2020
BURLINGTON COUNTY, NJ — Rowan College at Burlington County will offer a limited number of on-campus courses this fall as the college prepares to reopen amid the coronavirus pandemic. At the same time, the college said it will offer new types of online courses to increase engagement in the course […] 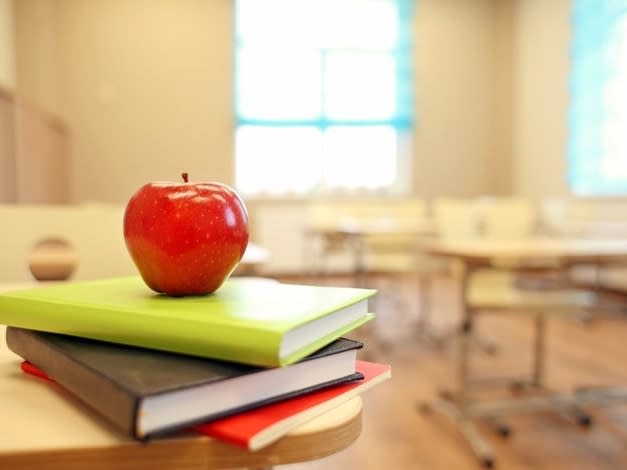