Amazon Prime Video is not just bringing a roster of horror, comedy and superheroes to [email protected], but they are also bringing the first-ever Amazon Virtual-Con which will include virtual experiences and activations that you can enjoy from the comfort of your home. Things are set to kick off on San Diego Comic Con’s official YouTube channel and on the Amazon Virtual-Con portal starting at 12 p.m. PST on July 23.

The Amazon series joining this year’s virtual edition Comic-Con include The Boys, Upload, Truth Seekers and Utopia. Like every Comic-Con, the panels will include cast, creators and crew of the series and will feature fan Q&As, behind-the-scene-stories, breaking news from the aforementioned series.

To further heighten the Comic-Con experience, Amazon Virtual-Con, a virtual convention content hub, will be a destination for fans to access and engage with Amazon’s full range of Comic-Con activations. Fans will be able to gather as a community to share in the experience of seeing their favorite stars, learn how to draw some of their favorite comic book characters from the industry’s leading illustrators, and test their comic book movie knowledge with like-minded fans in a round of trivia.

Virtual-Con will be available free of charge to all fans in front of the Prime Video paywall from July 23-26.

Truth Seekers
Thursday, July 23 at 12:00 p.m. PST
A new original supernatural horror-comedy by Simon Pegg (Shaun of the Dead), Nick Frost (Hot Fuzz), James Serafinowicz (Sick Note) and Nat Saunders (Sick Note). Join as they discuss the making of the hilarious eight-episode series about a team of part-time paranormal investigators, who team up to uncover and film ghost sightings across the UK, sharing their adventures on an online channel for all to see. Discussion and Q&A moderated by Empire Magazine’s Chris Hewitt.

Upload
Thursday, July 23 at 2:00 p.m. PST
Join creator, executive producer and director Greg Daniels (The Office, Parks and Recreation) and stars Robbie Amell (Code 8), Andy Allo (Pitch Perfect 3), Kevin Bigley (Undone), Allegra Edwards (New Girl), and Zainab Johnson (American Koko) as they discuss how they brought this futuristic comedy to life, share behind-the-scenes details from Season One, and tease what fans can expect in Season Two. The panel will be moderated by Engadget’s Cherlynn Low. Upload Season One is a ten-episode, half-hour, sci-fi comedy that takes place in the near future, where people can be “Uploaded” into a virtual afterlife of their choice.

The Boys
Thursday, July 23 at 3:00 p.m. PST
Join executive producer Eric Kripke, along with series stars Karl Urban, Jack Quaid, Antony Starr, Erin Moriarty, Jessie T. Usher, Laz Alonso, Chace Crawford, Tomer Capon, Karen Fukuhara and Aya Cash, with moderator Aisha Tyler, for a behind-the-scenes look at the upcoming second season of The Boys. Executive producers Seth Rogen and Evan Goldberg will also make a special appearance. Based on The New York Times best-selling comic by Garth Ennis and Darick Robertson, The Boys is a fun and irreverent take on what happens when superheroes – who are as popular as celebrities – abuse their superpowers rather than use them for good. The even more intense, more insane Season Two finds The Boys on the run from the law, hunted by the Supes, and desperately trying to regroup and fight back against Vought.

ComiXology’s [email protected] Panel, Plus Live Artist Drawing Sessions, Creator Interview Series, and Comic Book Movie Trivia Night
Saturday, July 25 at 3:00pm PST ([email protected] panel)
Are you currently reading digital comics? Are you familiar with comiXology’s exclusive digital content program – comiXology Originals? Join comiXology’s Head of Content, Chip Mosher and a cast of beloved comic creators and rising-stars including, writer Chip Zdarsky and artist Jason Loo (Afterlift), artist Claudia Aguirre (Lost on Planet Earth), writer Curt Pires (YOUTH), along with some surprise guests, to get the scoop on the latest comiXology Originals series direct from the creators making them! They’ll intrigue you with behind-the-scenes stories about the process of bringing comics from concept to the page and what it’s like pushing the envelope with digital comics, and beyond.

For the superfan seeking even more comic book content, comiXology’s own Kiwi will host live drawing sessions on comiXology’s Twitch channel with some of the industry’s most renowned illustrators, including GLAAD Media Award-winning illustrator Tula Lotay and three-time New York Times best-selling British artist Jock. In addition to drawing sessions, Kiwi will also host an interview series with creators from comiXology’s Originals line of exclusive digital content, including Curt Pires & Dee Cunniffe (YOUTH) and the creators behind two yet to be announced original graphic novels. And if all that isn’t enough, comiXology and Eisner Award winner Chip Zdarsky will host Comic Book Movie Trivia Night on Friday, July 24 at 5:00p.m. PST on their Twitch channel.

For the schedule of live drawing sessions and creator interviews, please continue to check amazon.com/virtualcon for updates.

Prime Video’s The Boys Customizable Promo Item
Bringing to life one of the most beloved convention experiences, Amazon Virtual-Con will give fans the opportunity to create their own customizable promo items free of charge. Attendees of Amazon Virtual-Con can choose between two promo items, then customize the design using a variety of preset images inspired by the Amazon Original series, The Boys. Each customized item will ship to guests, free of charge, 10 – 15 days following the event.

Prime Video’s Hanna Unlocked Adventure Game
Hanna Unlocked is a digital adventure game presented by Amazon Prime Video and powered by The Escape Game. The game will be available to play for free through Amazon Virtual-Con. Hanna Unlocked drops players into the Hanna universe between the end of Season 1 and the beginning of Season 2. Players will take on the role of a UTRAX agent and must piece together a sequence of events, gather intel, and ultimately track the whereabouts of their targets, Hanna and Clara, all while receiving communication from top brass, agent John Carmichael, a leading character in Season 2. Once the mission is completed, players are then shown footage that takes them seamlessly into the beginning of season 2.

Audible’s Sandman Experience
To celebrate Audible’s release of The Sandman, based on Neil Gaiman’s iconic graphic novel, fans are invited to submit a description of a memorable dream at drawnfromthedreaming.com or via U.S. mobile phone at 515-SANDMAN (515-726-3626), a hotline narrated by creator Neil Gaiman, who serves as fans’ guide through the Drawn from The Dreaming experience. Selected fan-submitted dreams will be illustrated by a top DC artist, possibly one of the original artists from the graphic novels. Dream drawings will be featured in an Instagram dream gallery, @DrawnFromTheDreaming, and fans will be tagged in their customized artwork. Everyone who submits a dream will be rewarded with an exclusive free audio episode from The Sandman, including a brief overview of the story so far, told by Neil Gaiman himself, only on Audible.

'Baldie', 'Jew' and 'fatso' among words set to be banned in US Scrabble competitions

Wed Jul 8 , 2020
The offensive words have been separated into seven categories – “slur”, “anatomical”, “political”, “profane”, “prurient”, “scatological”, and “vulgar”. – Telegraph Professional Scrabble players in the US are set to be banned from using slurs and other offensive word in tournaments, amid a reckoning on race in the country. The North American […] 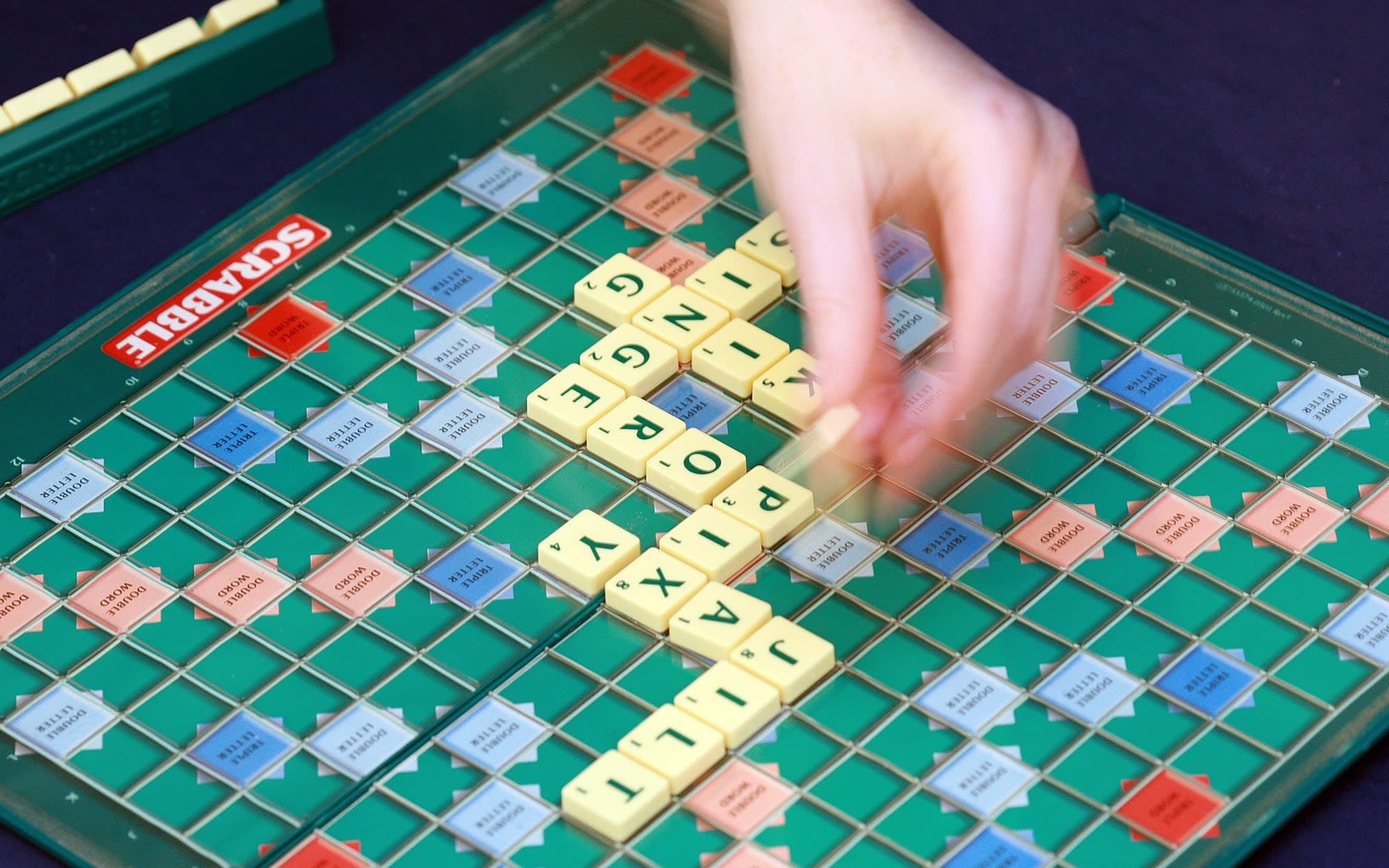