When the weather gets warmer, it’s natural to spend less time indoors. If you’re lucky enough to have a backyard, you can gather friends and family together to watch a movie or TV show outside of the house. That may sound like lugging a bunch of heavy equipment around, but it doesn’t have to be. In fact, it’s possible to set up and break down an outdoor home theater system in roughly half an hour with a little prep work.

If you want a true home theater experience, one that you can use both inside and outside of your home, it’ll take longer, but we’ve collected the essential gear and accessories you’ll need for an outdoor movie night without much fuss. Our goal was to enable you to watch movies and TV shows in HD at home, in your backyard, or anywhere else. As long as you’ve got an internet connection, you’ll be all set.

There’s only one gadget you need for an outdoor movie night: a projector. We’re recommending Nebula’s Mars II Pro because it can offer up a pretty good outdoor movie experience without any other accessories. It has a native resolution of 720P (HD), and maximum brightness of 500L (Lumins), so the videos you play will look clear at night.

The main reason we’re recommending the Mars II Pro is because it has a built-in battery, which the company says can last up to three hours per charge. That’s long enough for one movie, or a few episodes of a TV show. If you keep the projector connected to an outlet, you can watch videos for as long as you want.

The Mars II Pro also has a set of 10W speakers, which delivery pretty good sound (especially bass), and get very loud. If you’re hosting a lot of people, they’ll be able to hear both dialogue and special effects pretty well. The speakers are bunched together, though, so you won’t get a lot of stereo separation, or anything approximating surround sound.

Nebula outfitted this projector with one HDMI port, which allows you to connect virtually any device, from a media streamer to a game console, without any adapters. There’s also a headphone jack, so you can connect the Mars II Pro to better-sounding speakers, and a USB port, so you can play videos off of a flash drive. Finally, this projector runs Android 9.0, so you can access many popular streaming services (YouTube, Hulu, etc.) directly from the Mars II Pro itself.

The Mars II Pro was made to be movie theater on-the-go, and it performs really well in most circumstances. Cinephiles will want to upgrade to a 4K projector, and you may want to connect it to an external audio system, but it’s hard to argue with a one-and-done solution.

You can project a movie onto any surface, but you’ll get the best results if you use a dedicated screen. This one from TaoTronics is made out of a wrinkle-free material, sits on a tripod, and is large enough to display a 100-inch image. The company says you can set it up in two minutes without any tools, and includes a storage bag to keep it safe when the screen is not in use.

If you want to upgrade the sound of your outdoor movie night, your best bet is to get a pair of Edifier’s R1700BT powered speakers. They contain an amplifier, so you don’t need to connect them to a stereo receiver, but do need to be plugged into an outlet to work. The R1700BTs have two drivers (the part of a speaker that creates sound): a four-inch woofer to handle bass and midrange frequencies, and a .75-inch tweeter to handle treble.

Spreading frequencies between the two drivers results in better balanced sound. You can make little tweaks by twisting the bass and treble knobs on the left-hand side of the right speaker if you prefer.

You can connect the R1700BTs to your projector via a Y-Cable, which goes from the Mars Pro II’s headphone jack into one of its RCA (red and white) inputs. The speakers have an additional RCA input and Bluetooth support, so you can plug an additional home theater component, or stream music to them wirelessly. Edifier includes a remote with the R1700BTs, so you can adjust their volume and switch inputs on the fly if the video you’re watching gets too loud or soft.

Edifier’s R1700BTs are a great tech piece of audio gear for your outdoor movie night, indoor home theater, or computer.

If you prefer soundbars to stereo speaker systems, Bose’s Solo 5 TV Soundbar is the right pick for your outdoor movie night.

At 24.1 inches long and 3.73 pounds, it’s easy to carry this soundbar in and out of your home. It has a pair of drivers (Bose declines to mention their size), and a specialized Dialogue Mode, which makes voices sound clearer. The Solo 5 TV Soundbar has an AUX input, so you can connect it to the Mars II Pro’s headphone jack with a standard 3.5mm audio cable. The sound bar also has one HDMI, optical audio, and coaxial input, and supports Bluetooth 5.0, so you can stream music to it wirelessly.

Bose bundles this sound bar with a remote, which you can use to adjust its volume, increase its bass, enable dialogue mode, and even control your TV. You cannot control the Mars II Pro with this remote, though. The Bose Solo 5 TV Soundbar’s small size and large feature set make it one of the few soundbars well-suited for outdoor use.

The Mars Pro II has a bunch of built-in apps, but if you have a different projector, or want access to even more streaming services, Amazon’s Fire TV Stick is the right call. The small media streamer can stream video in up to 1080P (Full HD), and enables you to watch content from over 100 channels (most channels and services require a monthly subscription to work).

The Fire TV Stick has an HDMI jack on one end, so you can plug it directly into the HDMI port on the Mars II Pro. You can power the media streamer by connecting the MicroUSB cable Amazon includes with it into the USB port on the projector. Once connected, you can select or download different streaming services by pressing buttons on the remote, or hitting the microphone button on top and asking for your request.

If the movie or TV show you want to watch during your outdoor get together is available to stream, Amazon’s Fire TV Stick makes it easy to find, pick, and watch.

The last thing you want to watch during your outdoor movie night is a buffering screen, which is why you need a strong, reliable, far-reaching WiFi network. This set of three routers from eero is rated to cover an area of up to 3,500 sq. ft. (square feet) with an internet connection up to 350mbps (megabytes per second).

This is a mesh WiFi system, which means one router needs to be connected to your cable modem, and the others can be placed anywhere there’s a power outlet. The three routers send a consistent internet signal between one another, and your device connects to the router it’s physically closest to, which reduces congestion.

It’s easy to take fast internet speeds for granted when you’re streaming videos in your home, but stepping outside puts quite a bit of physical distance between your WiFi router and outdoor home theater setup. The upside is that getting a set of eero routers will improve the quality of your outdoor movie watching experience and create a better WiFi network you can enjoy indoors.

See where your favorite artists and songs rank on the Rolling Stone Charts.

Is the US about to split the internet?

Sat Aug 8 , 2020
Image copyright Dimitri Otis US Secretary of State Mike Pompeo says he wants a “clean” internet. What he means by that is he wants to remove Chinese influence, and Chinese companies, from the internet in the US. But critics believe this will bolster a worrying movement towards the breaking up […] 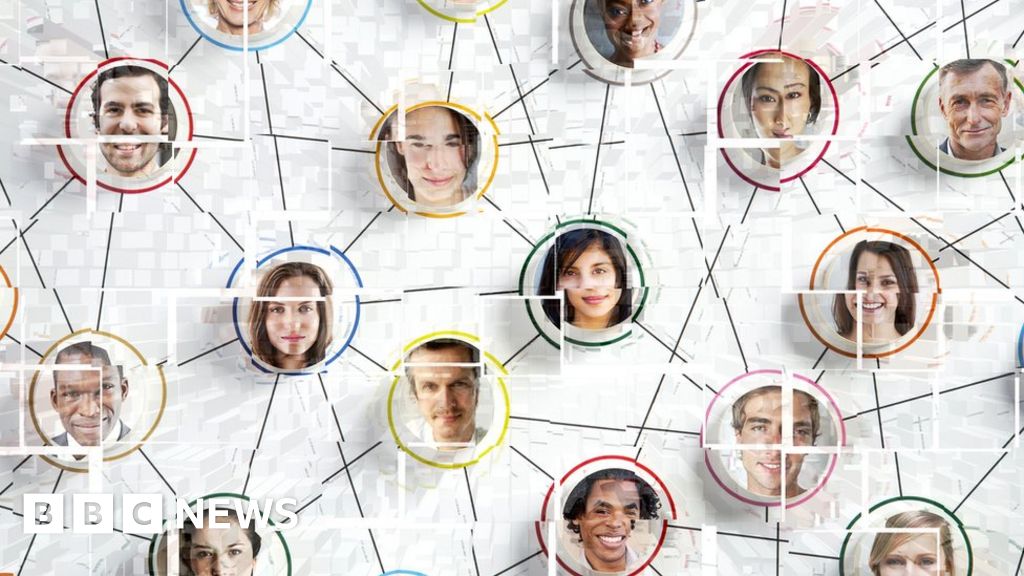