When the COVID-19 pandemic forced Chicago Public Schools to make a hurried switch to remote instruction earlier this year, Lidia Muro said it didn’t work out so well for her 5-year-old stepson Elijah, then a kindergartner at Marvin Camras Elementary. Some of the schoolwork he was given required logins and […]

When the COVID-19 pandemic forced Chicago Public Schools to make a hurried switch to remote instruction earlier this year, Lidia Muro said it didn’t work out so well for her 5-year-old stepson Elijah, then a kindergartner at Marvin Camras Elementary.

Some of the schoolwork he was given required logins and passwords his parents didn’t receive, she said. Communication with his teacher was lacking. And while it took Elijah a single day to finish math lessons that were supposed to stretch over months, he fell behind in reading.

“The program was mostly games, I think,” Muro said. “Educational games are good, but (children) can only do games for so long.”

Contrast that with the experience of Wauconda High School junior-to-be Tori Mraz. She found her school’s online classes to be rigorous but flexible, and while a lack of face-to-face instruction created challenges, she gave virtual education high marks.

“I did really well,” said Mraz, 16, who woke at 6 a.m. each day to start her assignments. “It was on my own time, my own pace. If I had questions, I didn’t feel rushed. If I wanted to email for help, I could, or text my friends. We would FaceTime and they’d explain it to me. I feel I worked a lot harder because of all that was going on.”

Such is the varied landscape many will face when school resumes. Though some districts have pledged to return to in-person classes, most appear headed to full-time online instruction or a hybrid approach, ensuring that education by internet will remain a staple in Illinois.

Students, parents and teachers interviewed by the Tribune were mostly unenthusiastic but understanding about their experiences with virtual learning in the spring, noting that the pandemic forced the quick adoption of an educational model for which many were not prepared.

But as online instruction promises to continue at least through the end of 2020, some are worried it might not improve.

“A lot of my classes, if I’m going to be 100% (candid), I didn’t pick up anything from them,” said Grace Higgins, 15, a sophomore-to-be at Lyons Township High School. “I guess it was OK for the end of the year, but I’m kind of nervous for (the year) coming up because it’s so difficult to learn.”

Experts say nerves are understandable because what happened in the spring wasn’t truly online learning — it was “emergency remote teaching” or “crisis learning,” where the unique strengths of the internet as an educational tool were left untapped.

If teachers don’t get the support and training they need to make the adjustment, they say, the experience might once again be subpar.

“One of my fears is that everyone will get this bad taste and they’ll think online learning doesn’t work,” said Charles Hodges, professor of instructional technology at Georgia Southern University.

Some teachers and administrators said they did the best they could in an unprecedented situation, and that they properly emphasized their students’ emotional well-being over academic achievement.

“If kids feel like they belong and there’s a culture of purpose, that goes a long way to keep them connected,” said Robert Schuetz, technology coordinator at Palatine High School. “What’s most important at this time is kids understanding we care about them. What can we do to keep them afloat during this uncertain time?”

Ibrahim Haleem, who teaches physical education at Palos West Elementary, said he kept his classes simple, employing yoga videos or workouts delivered via Zoom — things that didn’t require equipment or even much space.

“We can’t guarantee everyone has a backyard or is living in a house,” he said. “We really had to water down what we could do. We had to assume the students had almost nothing.”

Olivia Bertels, who teaches English and social studies at Chicago’s Lee Elementary, learned how to build an online class during a prior job in Kansas. She said it works best when students are allowed to go at their own pace and at a time that suits them, seeking support when necessary.

But CPS, like many districts, emphasized live classes, she said, and consequently she sometimes had just one student participating out of a class of 30.

“With the live classes, it’s a lecture,” she said. “You’re forcing kids to sit there and listen to you, absorb this content. That’s just not always going to work. When a kid is staring at a screen, it’s not the same.”

Jesse Sharkey, head of the Chicago Teachers Union, said the sudden move to remote learning “was more chaotic than it should have been” and produced uneven results. Some students thrived, he said, while others struggled or were shut out altogether by insufficient technology or nonexistent home internet access.

CPS has announced it aims to bring children back to school two days a week, with the rest of the time devoted to virtual education. The union is pressing for full-time remote instruction, saying it’s still not safe enough to return, and has not ruled out striking over the issue.

“The biggest thing we could use right now is a clear lead from the district,” he said. “That would allow principals and teachers to plan together. Right now, people are on the edges of their seats wondering what’s going to happen. That’s interfering with our ability to do the best kind of planning.”

CPS did not respond to the Tribune’s request for an interview.

Teachers in Community Consolidated School District 181 have similar complaints, saying administrators have prioritized a return to in-person classes at the expense of planning for virtual instruction, which families can request.

“We would like to be more prepared,” said Lori Andreoni, a PE teacher at Monroe School and co-president of the Hinsdale Clarendon Hills Teachers’ Association, which is pushing for a hybrid model. “We would like to engage in those collaborations so we have a set plan in place we can prepare for.”

A spokeswoman said district officials “strongly believe (remote education) will be comparable to our in-person learning.”

Some districts that are starting the school year fully online say they learned from the harried adoption of digital instruction, and that the experience should be significantly better this fall. For one thing, they note, students’ grades will count this time, which should produce an accountability lacking in the spring.

“It’ll be the same level of expectation as if we were in-person,” said Rosanne Williamson, assistant superintendent for educational services Glenbrook High School District 225.

Her district has rolled out a virtual summer school and offered teachers “countless professional development sessions” to improve their online skills. Elgin-based U-46 will use a single virtual learning platform instead of a hodgepodge of technology. And Township High School District 113 in Highland Park has trained teachers on digital tools meant to improve student engagement.

But Jennifer Kolar-Burden, director of curriculum for the Illinois Virtual School, which has offered online classes for 20 years, said students, parents and educators should temper their expectations.

Teachers need time to optimize their online abilities and few have gotten it, she said. Her organization has offered to provide digital curriculum to districts so they don’t have to build it from scratch, but she said the Illinois State Board of Education “won’t return our phone calls” (ISBE said in a statement it has not discussed the proposal with virtual school officials).

Kolar-Burden predicted most schools will have “a slow-paced learning environment” that might be an improvement over the spring, but far from ideal.

“As long as teachers are teaching efficiently, it will be fine,” she said. “It could be better, but it’ll be OK.”

Tech Emerges Savior in the Times of Coronavirus: 5 Picks 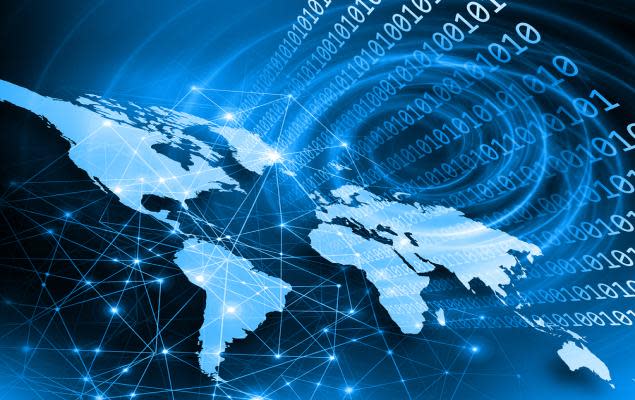